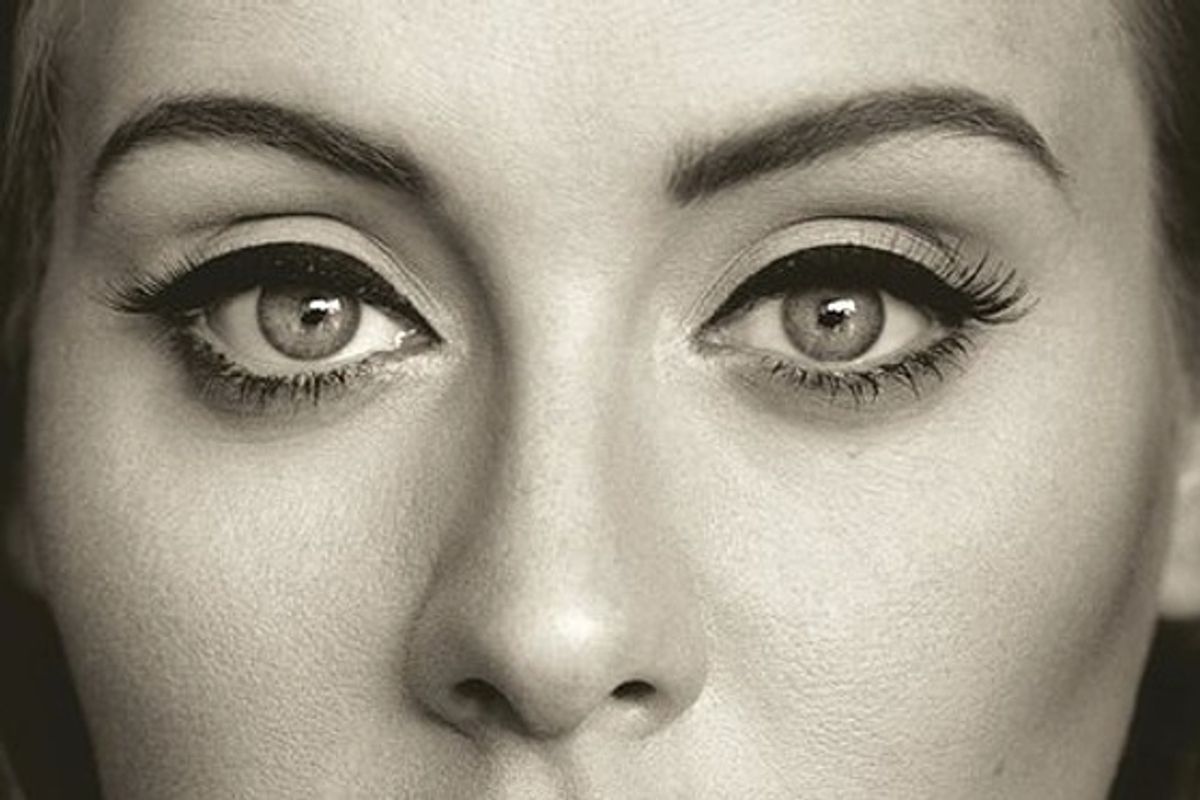 With just two days to go before Adele's much anticipated album 25 is released, the singer took the stage at the famed Radio City Music Hall last night in Manhattan, where she performed new songs like "Hello," and "When We Were Young."

The regal Jenny Packham gown and "I don't fuck with you" updo paired well with her characteristically commanding stage presence, belting out a fresh batch of epic singles, while not failing to supply the audience with a medley of her most famous tunes, including "Chasing Pavements," "Someone Like You," and of course, "Rolling In the Deep."

We were also gifted with this 30 second clip of a brand new track "Water Under the Bridge," which sort of has a Sting vibe with its piano/guitar blend; yes, I'm teary typing this at my desk.

Is that projection of Adele available to be displayed on the ceiling/walls of every office?

Lucky attendees of the sold out show didn't hesitate to boast about their bounty on social media, like @hay777:

Celebrities also flocked to the legendary hall to take in the siren's splendor, including Tina Fey and Jennifer Lawrence...

...much to the dismay of fans, like this angry BuzzFeed personality:

Hope Mr. Trump and everyone else enjoyed themselves.

While 25 has been leaked, initial official reviews from outlets like The Independent, say the album has the power to single-handedly save the music industry.