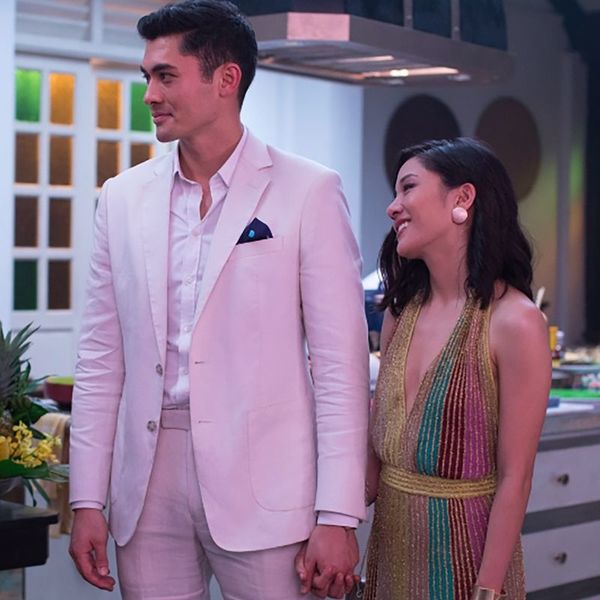 The Crazy Rich Asians sequel has hit a major snag in production, and it's all thanks to an enormous pay gap between its two co-screenwriters.

The Hollywood Reporter reports that despite director Jon M. Chu's attempts at keeping the same creative team involved, co-writer Adele Lim has exited the project. But why? Well, it turns out her co-writer Peter Chiarelli was making a significant amount more than her. And though Lim herself declined to name the figures, according to sources, Warner Brothers' starting offers for Chiarelli were $800,000 to $1 million for Chiarelli, while Lim was offered $110,000-plus.

The publication goes on to report that Warner Brothers' defense was that the rates were "industry-standard established ranges based on experience and that making an exception would set a troubling precedent in the business." Because while Lim has written extensively for TV, she had never written a feature film like Chiarelli.

"Being evaluated that way can't help but make you feel that is how they view my contributions," Lim told The Hollywood Reporter, before adding that she feels as if diverse writers are typically regarded as "soy sauce" — or people who are there to make the screenplay feel more authentic — rather than actual "writers."

Apparently, this is also an issue that's been going on for a while. Lim says she initially turned down the offer last fall — a move that led the producers at Color Force to spend a significant amount of time trying to find another Asian writer. They then apparently came back to Lim with "an offer closer to parity with Chiarelli, who had volunteered to split his fee with her, but Lim passed."

"Pete has been nothing but incredibly gracious, but what I make shouldn't be dependent on the generosity of the white-guy writer," Lim added. "If I couldn't get pay equity after CRA, I can't imagine what it would be like for anyone else, given that the standard for how much you're worth is having established quotes from previous movies, which women of color would never have been [hired for]. There's no realistic way to achieve true equity that way."

That said, Lim herself seems to be doing pretty well for herself, as she's apparently signed to write for Disney Animation for four years.