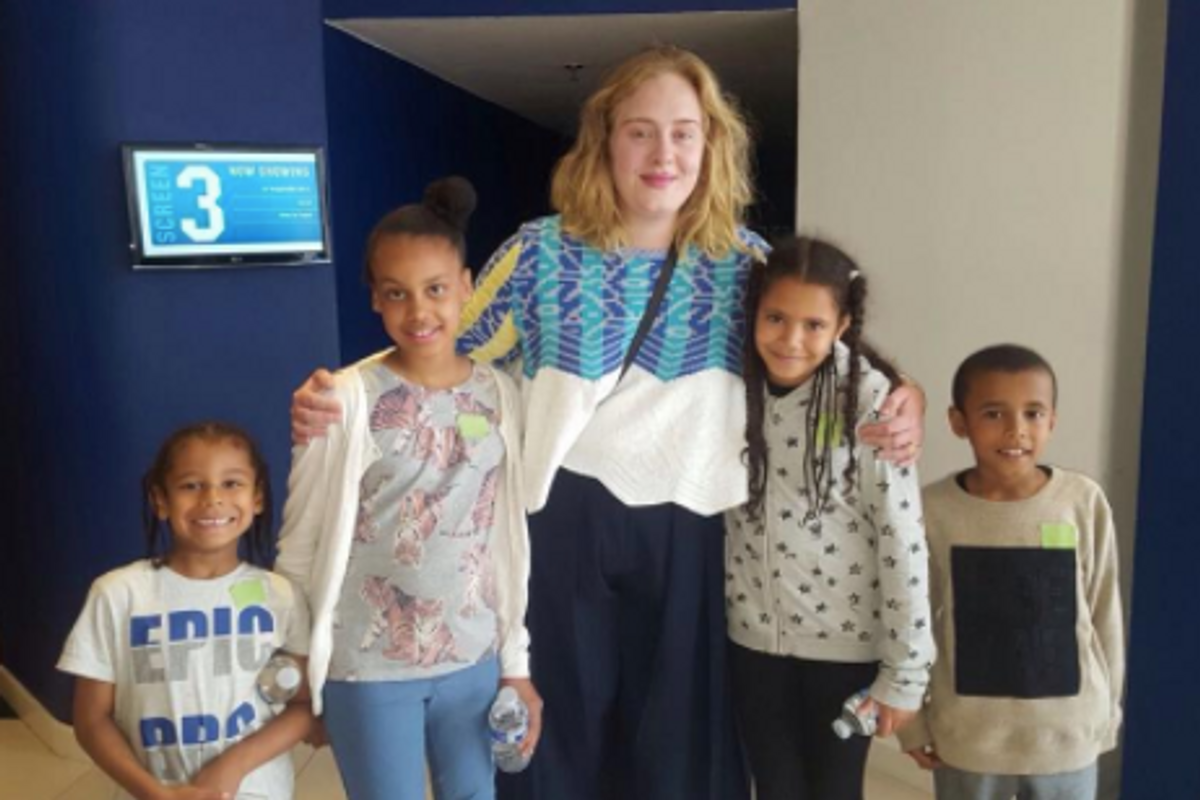 Real life angel Adele continued her string of kind philanthropic gestures by reportedly hosting a private screening of Despicable Me 3 on Thursday night for families who survived the horrific June fire that brought down the 24-story Grenfell Tower, killing 80 people and leaving hundreds more without homes.

Photos from the event were shared on social media:

E! News reports that the event was organized in part by The Clement James Centre, a nonprofit that has been working with survivors of the fire. Adele has been involved with the cause as well, paying a visit to a memorial vigil as well as surprising the firefighters who were at the scene with tea and cake.