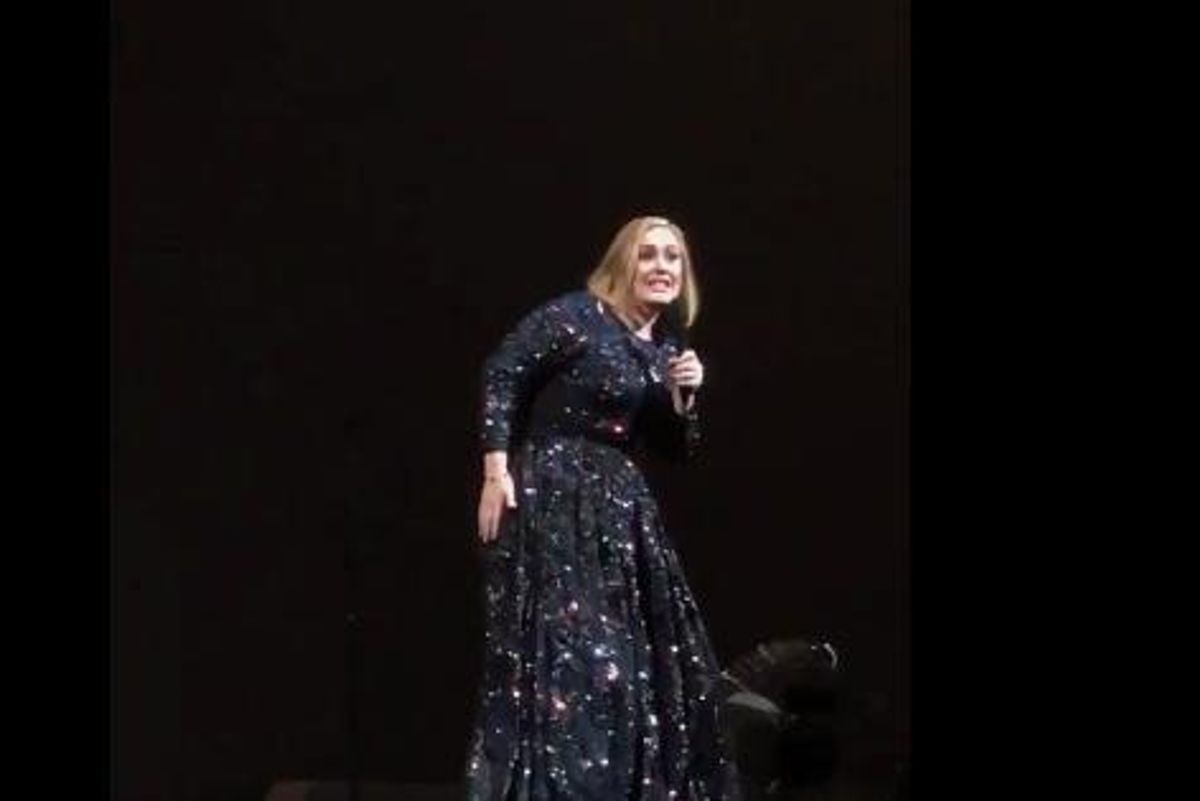 Be it (joking) proclamations of devastation over the demise of Brangelina, or praising drag queen doppelgängers, Adele's on stage, non-musical banter is just as heroic as her peerless, mountain-moving voice. This week in Mexico City, however, Adele was forced to throw out an f-bomb when a rogue bat flew on stage.

In one of her trademark, sparkly evening gowns, the pop icon flailed around in circles after narrowly dodging the nocturnal creature's fury.

When a bat welcomes you to a new country @Adele #adelemexico pic.twitter.com/YvCZ7ImDTb
— H Ramos (@Hect) November 16, 2016

"There's a bat!" She said, flapping her arms in a wing-like motion. Pointing out into some unspecified person in the audience, the singer yelled (in her purest cockney) "Theh's a bat! It landed right by ya head!" and then "Oh m'gawd, theh's a fuckin' bat."