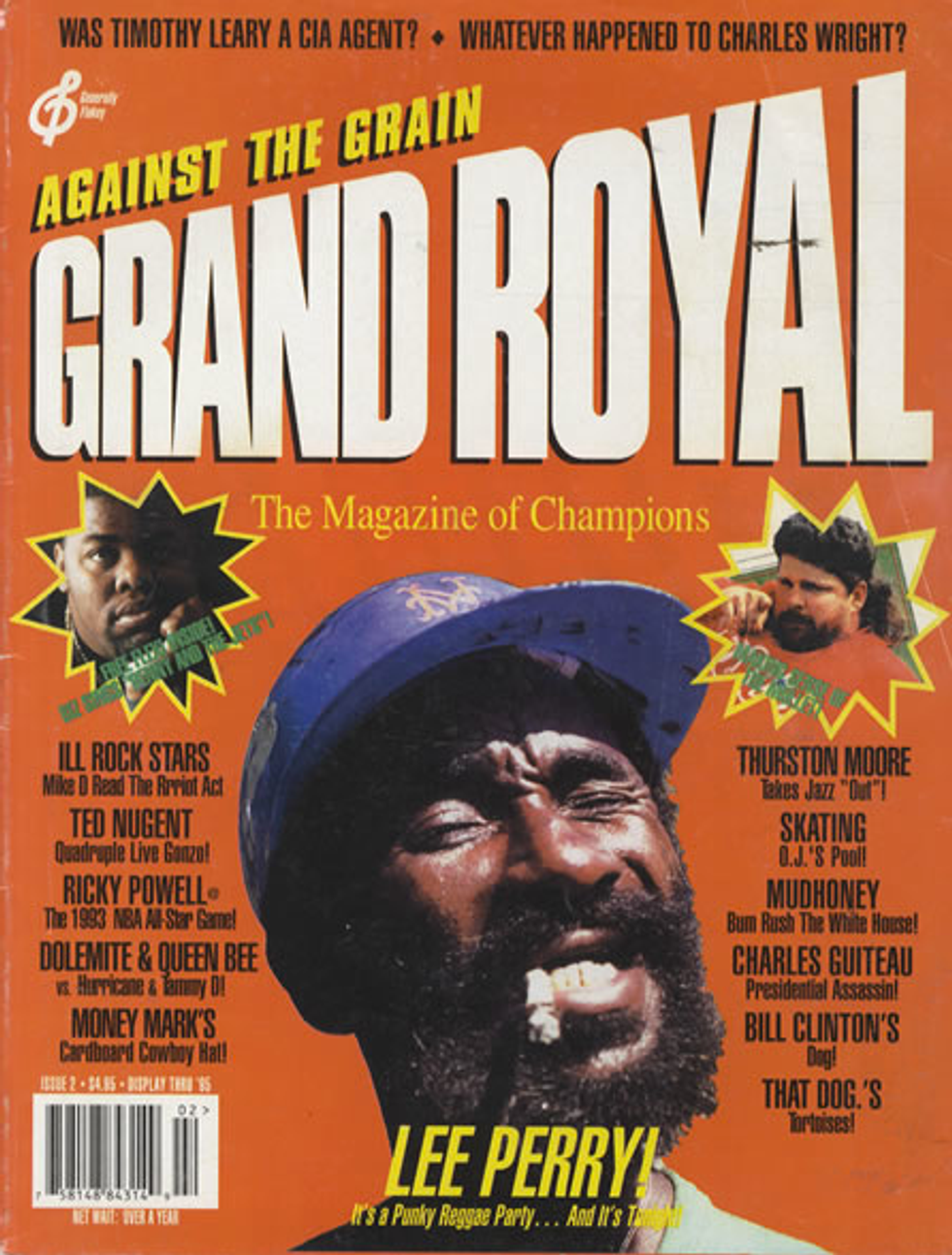 There have been a lot of nice remembrances floating around about Adam Yauch in the past few days, but one that we particularly enjoyed was this NPR piece by Nina Gregory, who wrote for Grand Royal, the magazine the Beastie Boys put out (and was also the name of their record label).

Grand Royal, as this Atlantic piece notes, was more or less a glossy hodgepodge of stuff the Beastie Boys were into (pictures of demolition derby cars, old synthesizers) with editorial pieces that ranged from Adam Yauch interviewing the Dalai Lama to Spike Jonze detailing how to break into the swimming pools of various Hollywood hotels. There were only six issues of the print version (it went online entirely in the late '90s) and they didn't come out very often, but Grand Royal was no-less thrilling to read as a teenage Beasties fan. My older sister and I had pages from various issues on our bedroom walls, and she even dared to put a photo of Burt Reynolds wearing no pants and catching a football on her closet door (something our father was deeply unamused by). Grand Royal also inspired us to start our own zine, and our first (and only) issue featured several reviews of Streets of San Francisco re-runs, which we'd started watching over summer break because we heard it was the inspiration for the "Sabotage" video. The rest of the zine consisted of photos we took of skateboarders at a nearby mall and an interview with our mom. 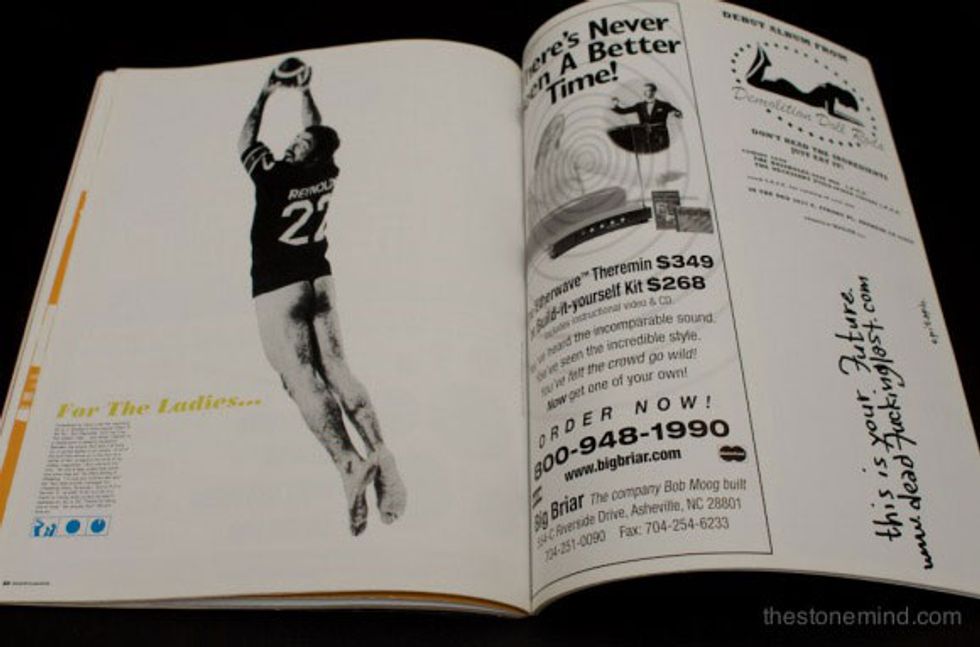 Anyway, in her piece, Gregory talks to various people who were involved in the Grand Royal world about their memories of Adam Yauch. It includes stories from photographer Sunny Bak, who shot the inside photo for License to Ill, Casey Storm, who helped with the costumes for the "Sabotage" video and Evan Bernard, who directed the video for "Root Down" and was in charge of helping the Beastie Boys with their juicing machine on the 93-94 Lollapalooza tour. It's a must-read for anyone born between the years 1974 and 1983.

Meanwhile, several bands and musicians did tributes to the Beastie Boys and Adam Yauch over the weekend, including Coldplay and Deer Tick each covering "Fight For Your Right to Party."  Flaming Lips wrote "MCA" on their drum set, Thom Yorke posted a message on Radiohead's site and Red Hot Chili Peppers covered "Sure Shot." Brooklyn Vegan has lots of coverage here.

Yesterday, Ad Rock posted a message on the Beastie Boys' blog thanking fans for their support and writing, "I'm glad to know that all the love that Yauch has put out into the world is coming right back at him." Earlier today, Mike D left a message on the Beastie Boys' Facebook page and included a photo of MCA that appeared on the JumboTron at Madison Square Garden Friday. He wrote that it was, "just one awesome example of how NYC is such a unique place that amidst its huge size and frenetic pace it really opens up its heart in so many ways and on so many levels in times like these. And though it makes me cry sometimes, it has been really amazing and moving to see." 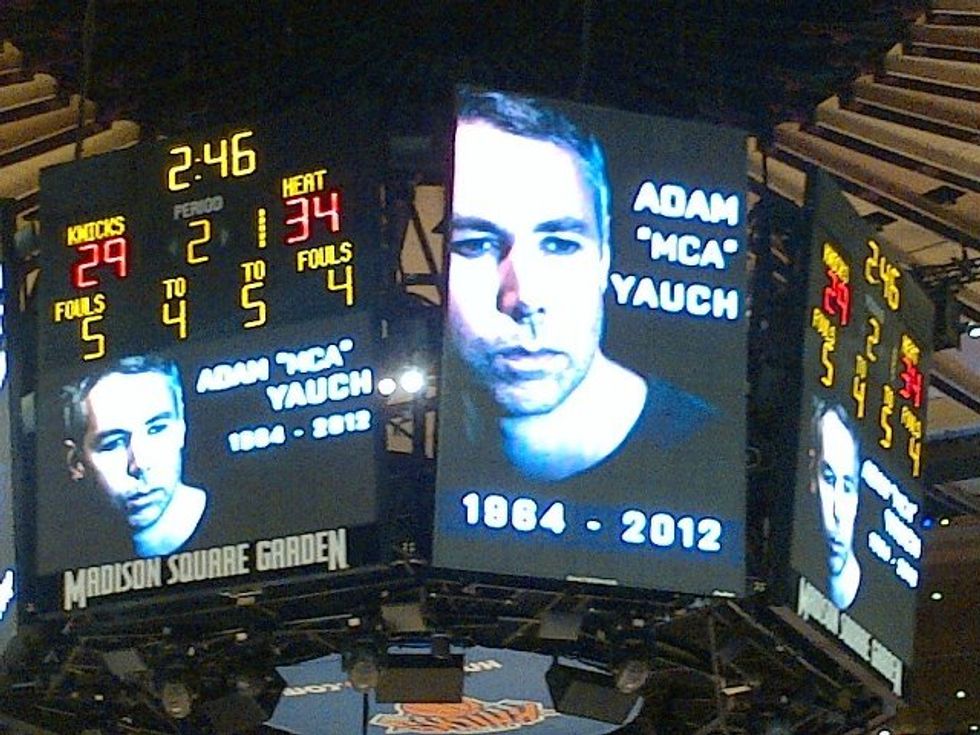