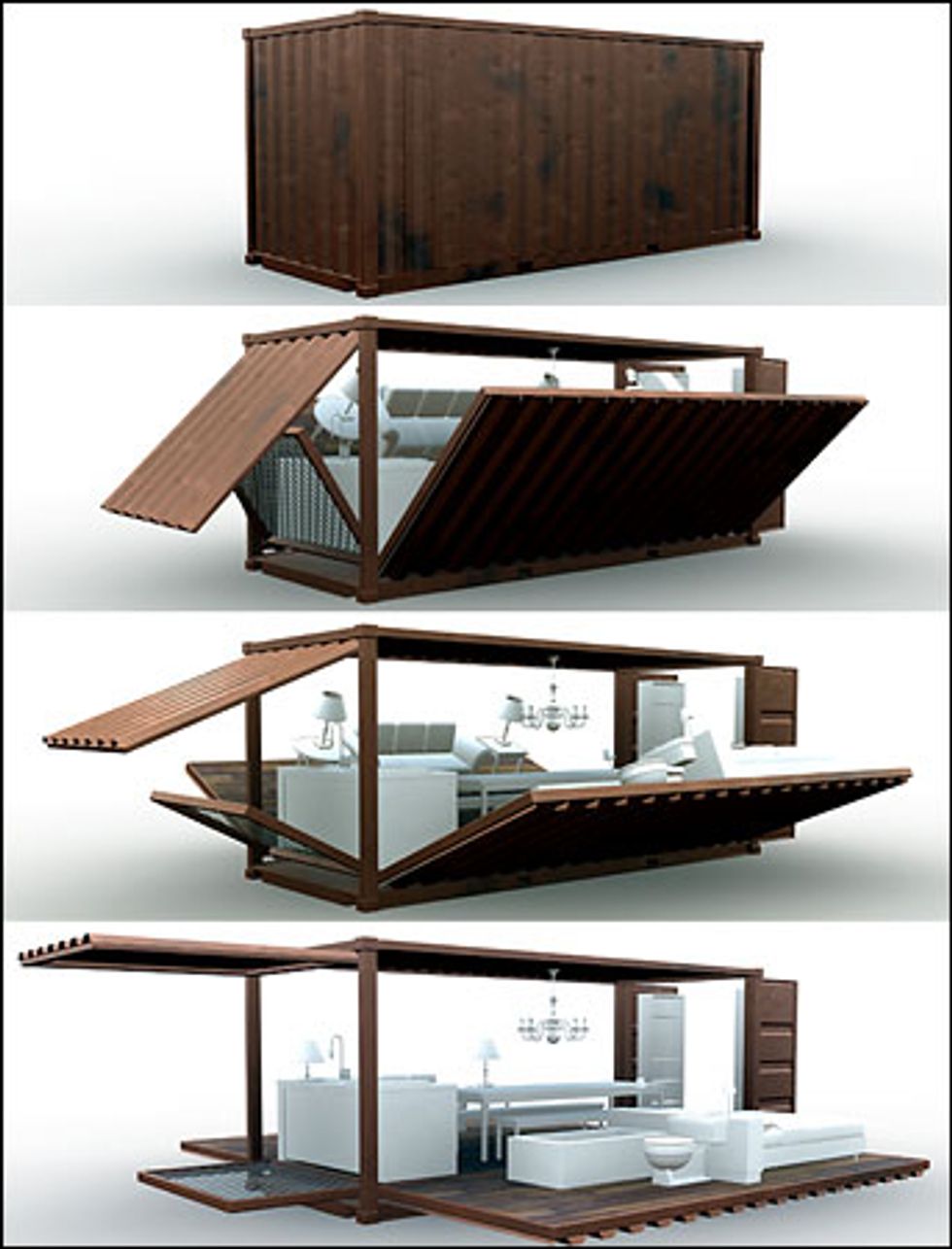 You can read about an old friend of mine in today's NY Times. I mentioned him yesterday when writing about Miami Art Basel. His name is Adam Kalkin and he's the one who did the cool "push button house" on Collins Avenue. Kalkin is really a quirk who I have known for many years because our families are friends. He is a really an eccentric artist and architect who grew up in New Jersey and still works there in a fairly isolated way. His own home is in the woods in Bernardsville and is actually a huge corrugated metal hanger he built around an old 19th century gardener's house. 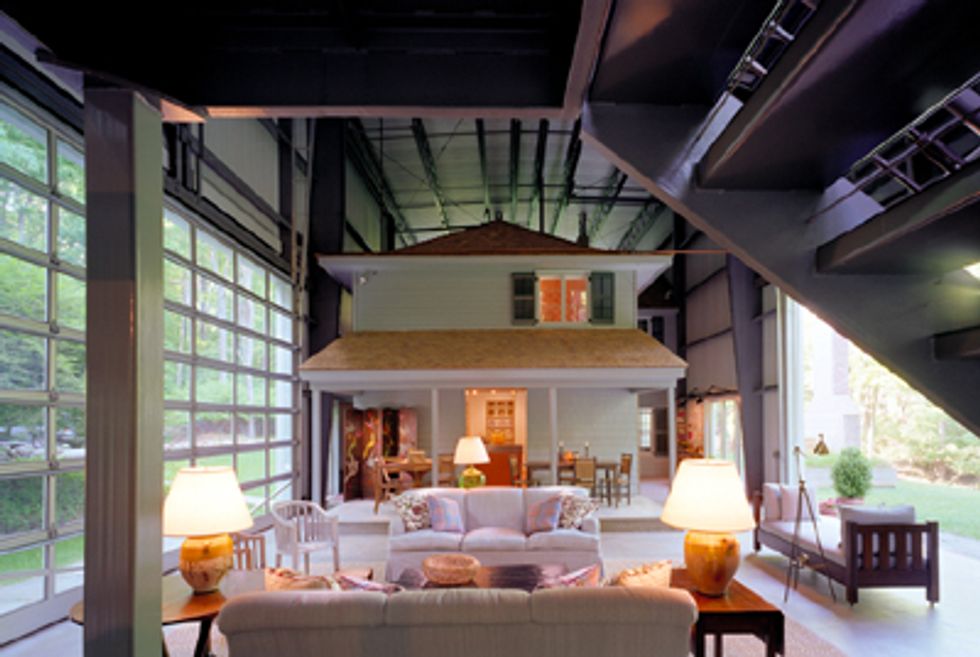 He and his wife and two kids live in this amazing house and Adam has a studio and factory nearby where he dreams up hilarious, smart and quirky ideas, some that relate to architecture others that have nothing to do with it. For example, Kalkin just did an "artpiece" last year where he borrowed a million dollars and "day traded it" for six months until he'd made a profit of $65,000. He then cashed out and made a list of what he would do with his profit. The list included: leaving some of it on a bus, giving some of it to a good cause, giving some of it to a bad cause (something evil or illegal), taking some of it and creating something else with it, etc. Kalkin was also one of the first architects to really experiment with building homes with shipping containers. The container in Miami is amazing, not only because it opens up to be a little living room, but also because it can be shipped all over the country on the back of a truck and set up easily. For more about this eccentric guy go look at his site. The photos of his little Miami house are also from today's Times.