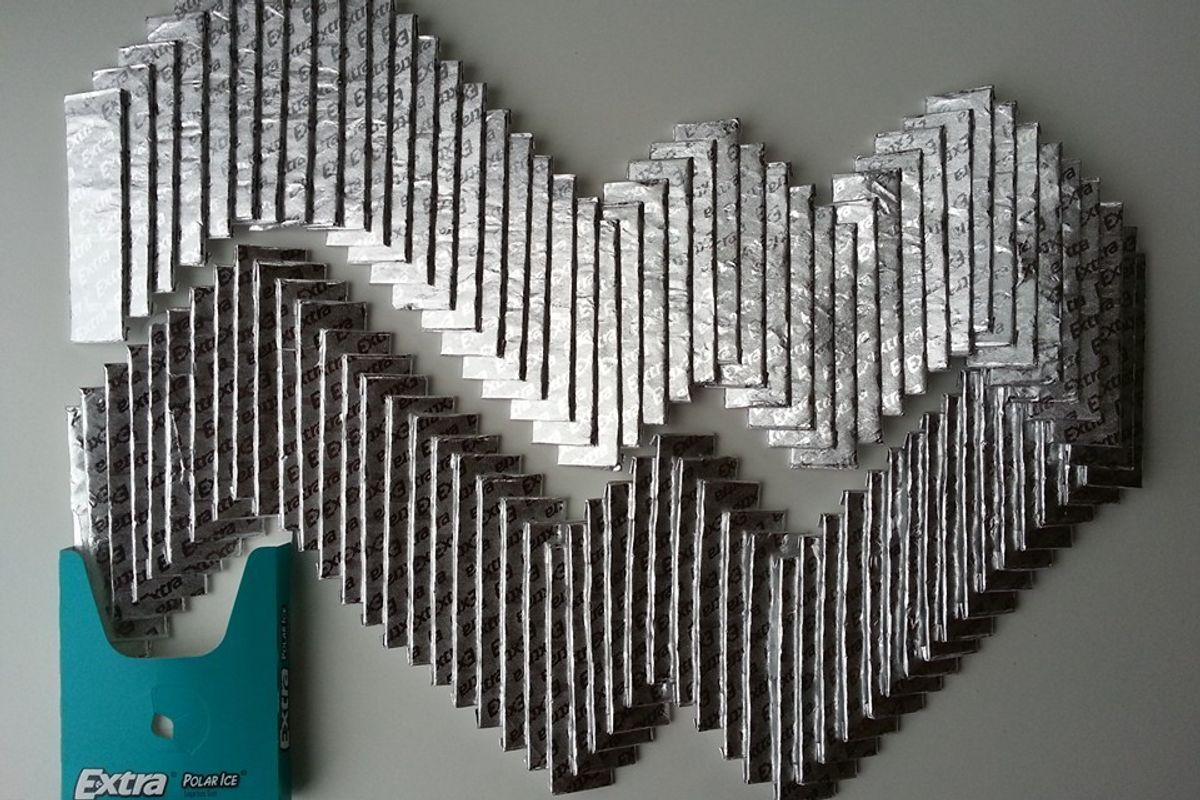 21-year-old, New Jersey-based artist Adam Hillman has gained a ton of online attention over the past year within a secret Facebook group dubbed "unedited smartphone aesthetic pics" -- and for good reason. Also known as USAP, it's a 7000+ strong online community dedicated to the documentation of moments, displays and phenomena that members have witnessed or created, and boasts a large roster of active members and artists who help make it one of the more colorful groups around.

Hillman, however, has risen to become one of the most popular USAP users through his painstakingly crafted series of mesmerizing visual puns that capture the true spirit of ~internet weirdness~. As such, we chatted to the promising young artist taking viral visuals to the next level about everything from "doing it for the content" to breaking new visual territory, which you can peep below in our Q&A alongside some of Hillman's proudest #aesthetictriumphs.

Tell me a little about your relationship with unedited smartphone aesthetic pics. Why is that your main platform for sharing your work?

I was added by my friend Harold in February 2015. At that point I had been taking photos with my phone since 2014 for Instagram, so although I had been using filters, it didn't take me long to start posting to USAP regularly. Over time, the group began to displace Instagram as my major creative outlet -- [especially] as my popularity grew -- and the reason for this is that I had a strong change in my photographic style: the invention of the arrangements. Up until June I had focused on taking abstracted close-ups of my everyday surrounding, but when I created my first arrangement, its popularity blew away everything else I had uploaded till that point. Before then, my highest like count was less than 100, but when I created my first arrangement it attained over 200 likes, which was a record for the group at the time.

What about your general artistic career? Are you classically trained? What drew you to internet art?

Before I found smartphone photography in 2014, I had been creating abstract paintings and drawings for years, utilizing a time-consuming, pattern-oriented style similar to some of my arrangements. I had also been fairly successful in my artistic pursuits -- I've won an award and had several [solo] and group exhibitions. [However, despite the fact that I've been traditionally trained], I am also deeply interested in and influenced by modern and contemporary art, and decided to go to school for art history rather than fine art...And while I hope to make a living off my art some day, I also hope to obtain a museum or gallery position. This nontraditional route, plus the accessibility of internet-based content, is what drew me to a web-based practice, although I have plans to print and hang the arrangements in a more traditional gallery setting as well.

Take me through your process a little bit. How do you come up with ideas? It seems like your work operates around the idea of the visual pun in one way or another.

I'm always thinking about possible ideas, but the best photos I've created come about very organically, and I've found that the more forced ideas I attempt to visualize usually come out more contrived and uninteresting. One of the inherent problems with my practice is that while I'm willing to spend a couple of dollars on materials, in the end I'm very limited in what I can create due to time and money constraints -- something that a professional working artist doesn't have to deal with. Because of this, coming up with ideas can be problematic, and it forces me to utilize creative thinking to bring my ideas to life with the materials I have at my disposal. This is where the puns come into play, and while I didn't start out using puns in my arrangements, I've continued using them because thinking of puns has always been a forte of mine. I think of them as a conceptual framework for the way I arrange my materials, and I use them as a creative spark to either jumpstart my ideas or help progress them to their final form. I also enjoy the challenge of creating a visual pun that is also a visually and conceptually compelling artwork-- an artistic concept that has remained relatively unexplored.

How long does it typically take for you to conceive, create and execute a USAP post?

It varies widely, but it takes an average of two hours to execute an arrangement, not including the time it takes to conceptually formulate it. There are a lot of exceptions though, varying from "Netflix and Chill," which took only a couple of minutes, to "Pencil Pusher", which took two days. [Sometimes it also takes] weeks to formulate an idea and execute it, while others are thought of the day I create them -- so there's no rhyme or reason to my idea-making process. Generally I don't keep track of time, and tend to lose track of it while I'm focusing on a project.

For me, a successful post is a photo that forgoes its mundane materials to unlock a kind of visual gestalt that's greater than the sum of its parts, formulating into an exciting new development I hadn't discovered before it. For example, while a photo like "Extra" didn't get as many likes as some of my works, I still consider it a triumph because I successfully broke into new visual territory, pulling off an arranging method I had never tried before. I feel that my best photos are equally strong conceptually and visually, and when they seem too decoratively arranged or reliant on puns they aren't as satisfying.

Has it been strange to transcend from member to sort of the standard bearer of the group?

The notoriety I've gotten on the group has been very strange, especially since all I've done is post my pictures. I'm glad so many people enjoy them, but I never expected anyone to ever call me the "messiah" or "aesthetic god", and I've gotten many messages and friend requests from fans on USAP. I really appreciate all the love, and while the notoriety feels very rewarding, it also makes me feel like I'm obligated to keep churning out content, something that becomes problematic alongside real life responsibilities. I've decided that the best thing to do is keep letting my artistic practice evolve, try to not let my ego get bloated, and enjoy the love from the community, as I've met quite a few very nice and awesome people during my time at USAP.

I'm also curious to know what your thoughts are on the whole "Did it for the Vine/content/etc." ethos. Do you think it's gotten out of hand to some extent?

I'm not a fan of the whole "did it for the content" ethos, and while I think it comes naturally to some photos, such as "Netflix and Chill" and "Shitposting", that wasn't my intention, and that interpretation takes away from the concept and artistry of the photos. I noticed that quite a bit when "Netflix and Chill" was uploaded to imgur without my consent, and while it went on to get over 300,000 views, all that anyone cared about was that I had put ice cubes on my laptop screen, which completely trivialized the photo (and my laptop wasn't harmed). Comparatively, in the group the majority of people focus on the artistry and concept of the pieces, so that ethos seems to be relatively in check for now.

What else is coming up for you?

I have a student show coming up at my college's gallery this spring, and for the first time I'll be exhibiting my arrangements in a gallery style format. I'll be printing them onto canvas and hanging them on a wall, which is an entirely new experience for someone used to exhibiting paintings and drawings. I also hope to come out with a book of my work this spring, and am planning to put the final touches on it sometime this winter.