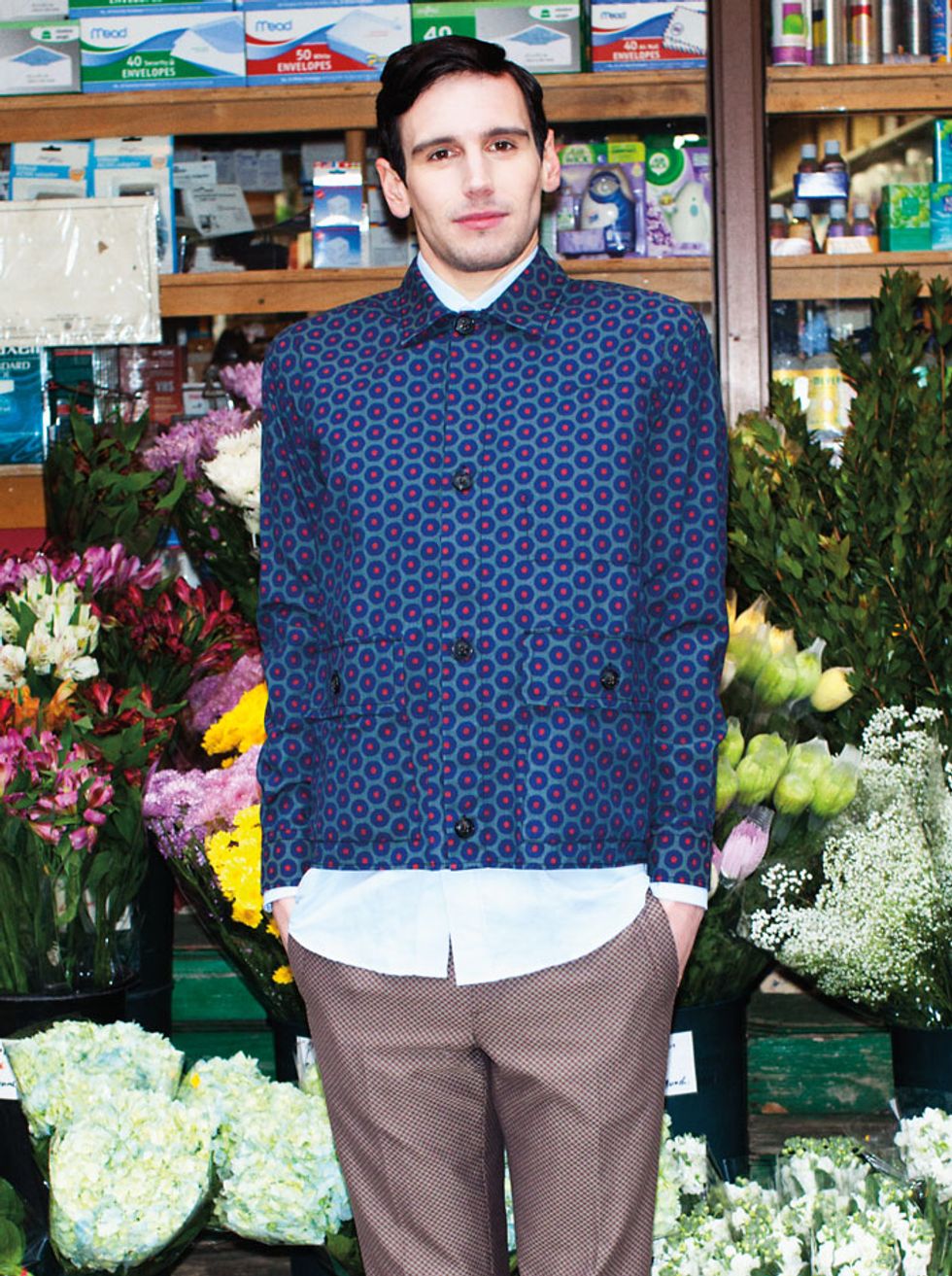 Cory wears a jacket and shirt by Marc Jacobs and pants by Fendi.

"Every suburb in the Midwest looks the same -- when you drive down the main strip, every possible chain is on it and Walmart is the center. It's like The Hunger Games, and all the chains are trying to kill each other." With a worldview like that, it's no surprise that actor Cory Michael Smith left suburban Columbus at age 22 for New York City, where he started to make a name for himself starring in off-Broadway plays. He'll graduate to Broadway this month as the upstart writer and narrator Fred in Truman Capote's Breakfast At Tiffany's. (Game of Thrones actress Emilia Clarke plays breezy New York society girl Holly Golightly.) The stage adaptation is loyal to Capote's novella, which is darker and portrays sexuality more ambiguously than the 1961 film that Smith describes as "a romantic comedy, comparatively."

The remake is right up Smith's alley, with his previous roles revolving around sexual freedom and the problems it can engender. He got critics buzzing last spring for his role in Cock, in which he played a bisexual caught between the man he built his life with and a woman he's inexorably drawn to. This December, he finished a role in the off-Broadway production The Whale, playing a Mormon missionary who helps an obese gay man find his way. "Sexual ambiguity is exciting," Smith says. "I wish there were more people who were more outspokenly bisexual or gender-fuckers. I enjoy being in pieces that push that line." He also doesn't hesitate to complicate his own sexuality, musing, "I think I've labeled myself everything at this point. A psychologist would have a field day with me, which is why I'll never go to one."

While Breakfast At Tiffany's lets Smith continue to study characters grappling with sexuality, he's also ready to branch out a bit. "You know what I'm getting excited about? I heard they were doing The Nightmare Before Christmas on Broadway. I'll lose weight to play Jack Skellington. I'll get bony."