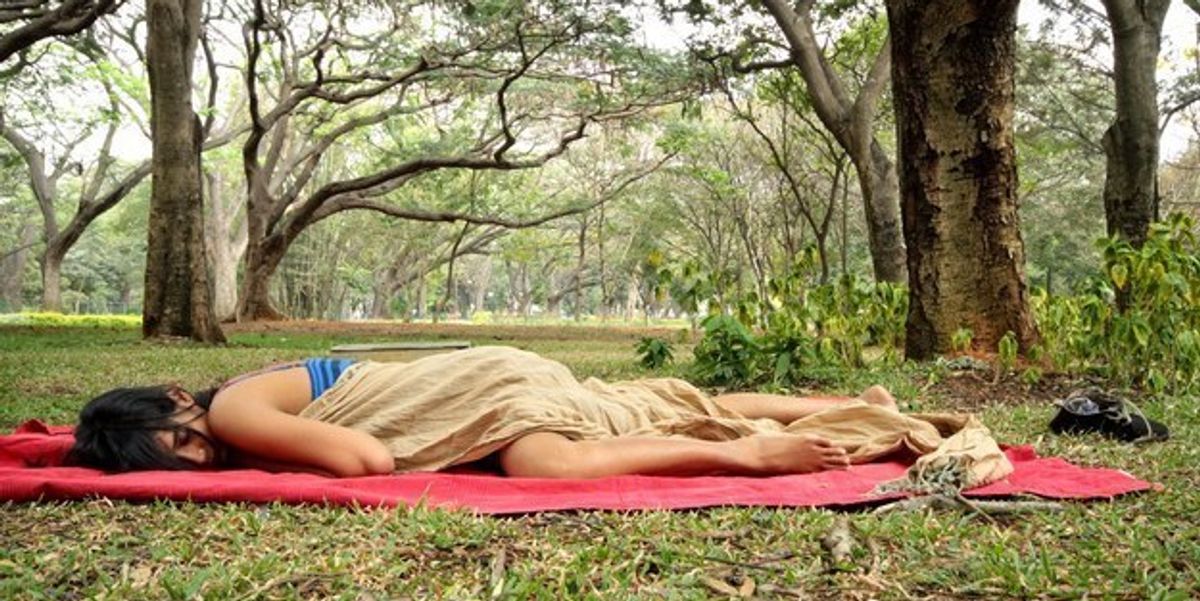 Activists In India Are Fighting Sexual Violence With Naps

Anti-rape activists in India now have a new protest tactic -- and it just happens to be naps.

That's right, activist group Blank Noise has been organizing "Meet to Sleep" events around India since November, inviting women to public parks to sleep together -- with plenty of blankets, mosquito spray and snacks, of course.

“It calls for women, girls and individuals to shift the fear based relationship with public spaces by taking a nap in their public parks," Blank Noise founder Jasmeen Patheja told BuzzFeed. "We do this to question fear, and to initiate a dialogue on trust."


After all, sexual violence against women still runs rampant in places like New Delhi (aka the "rape capital" of India), despite recent initiatives to create things like a women's police department in the wake of the 2012 Delhi gang rape. However, Blank Noise members refuse to remain afraid -- with the main part of this initiative meant to "create a visual of women who are relaxed, asleep, defenceless, not hurried, and not rushed."

Learn more about Blank Noise and the three-city sleep-in they're organizing for tomorrow here.