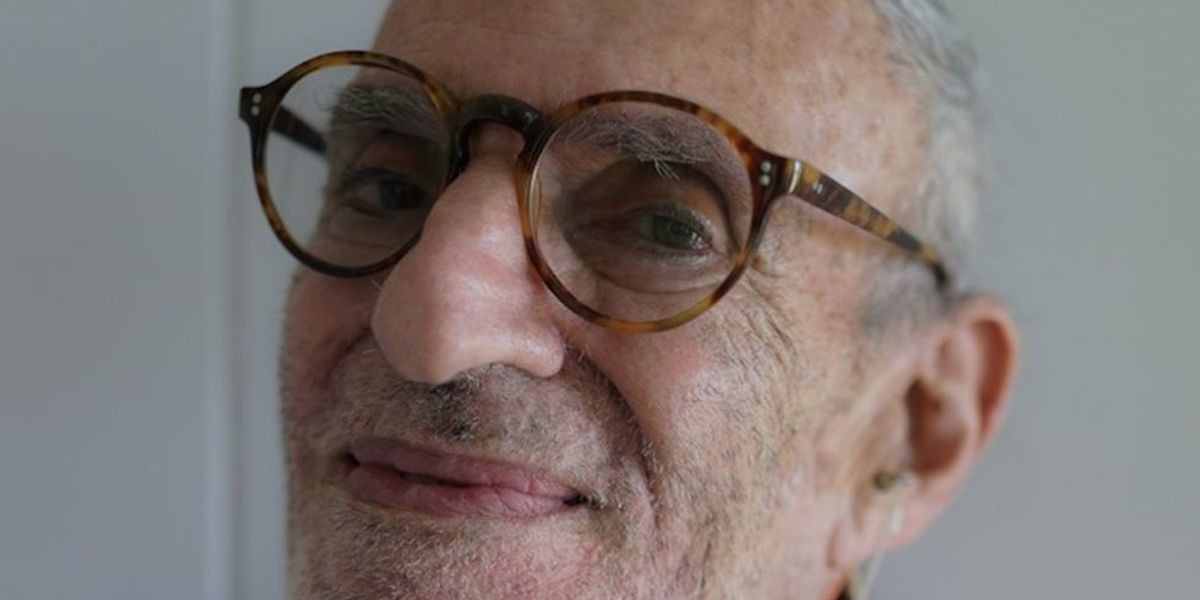 When it comes to good old-fashioned in-your-face activism no one can hold a candle to legendary author, playwright and scene-maker, Larry Kramer. He's just turned 80 and his latest book, the American People, Volume Oneis creating controversy (among the novel's many themes is the idea that some of our founding fathers were gay) while the Jean Carlomusto-directed HBO documentary Larry Kramer in Love & Angeris simultaneously punk rock and poignant. In public, Larry has never been afraid to scream, kick, and call those who were unresponsive to the AIDS epidemic, 'assassins' and after eight decades, he's still full of piss and vinegar. We chatted with Kramer in his Greenwich Village apartment and while he wears his legend status well, he's still got a LOT to say about what's wrong with society.

So you're really having a moment. You're getting honorary degrees at Yale, lifetime achievement awards from ACRIA. You're a legend. Are you less angry now than you were during your younger days?

Oh. I'm not less angry but I think there's no question that activism is not what it used to be. I wish we had an army. You know I make a lot of comparisons with the Holocaust and Nazi Germany. The foremost philosopher Hannah Arendt said the Jews should've had an army and fought back. To be an activist you have to be angry. And when AIDs was awful, people were angry and they were also frightened because they were dying and we don't have that now.

What has been the response to your new book The American People, so far?

What's bothered me about the reviews -- I mean the straight reviews --[is] I have just been crucified. They're not reviewing the book; they're reviewing me, loudmouth Larry Kramer. The gay reviews have been respectable. All the stuff that I've written has all been dumped on when it first appeared. The Normal Heart didn't get good reviews. Faggots did not get good reviews. Faggots now is recognized in many places as a piece of literature. It's taught in schools, believe it or not. It still sells a lot. The Normal Heart gets played all over the world. I'm going through the same thing now with The American People. I'm now working on Volume 2, which is really a history of homosexuals in America and a history of disease in America.

In the book you talk about George Washington being gay as well as Abraham Lincoln and other famous historical figures.

People say to me 'How can you prove that he was gay?' and my answer to that is 'How can you prove he was straight?' Straight people have been the primary writers of history and they see it through straight eyes. So it never occurred to them that a gay writer could see things that they don't see. The history of America was hugely influenced by the relationship between Alexander Hamilton and Washington. There is no question Hamilton was the maker of America as we know it. He wanted it to be set up in states and Jefferson wanted the reverse. So the two had a war and Washington didn't like Jefferson as much as he liked Hamilton. Hamilton and Washington were in love with each other. Washington saw Hamilton, and it really was love at first sight. Hamilton had come from a Caribbean Island -- he had been adopted by two men who obviously were lovers. They helped educate him and helped get him to America. So obviously he was educated with that whole side of life. Yes, he was married. Yes, he had affairs. Yes, he had a wife he loved. Yes, he had a lot of children. He was in love with George and he was also in love with a fellow officer who was killed in one of the wars that was going on.

There are several letters that Hamilton wrote to this man, which are so obviously love letters referring to different parts of their bodies and the captain never got the letters because he was dead and Hamilton didn't know it, but the letters are there. You were constantly told that men were more effusive in their letter writing in those days -- that's what historians say about Lincoln. And it's just horse shit. I would like to say something blatant --

I want every gay person in America to read the American People. It is our history and we should know it. Whether the book is vetted by academia [or not], there is enough in it that is a tool.

You mention being gay is the most important thing in your life. Do you think that for the average gay, their gayness is not as important as it should be?

You have to be an activist everyday and be prepared to make that kind of commitment, that's what I discovered. I think that being together and having good times, that's your social life, but life is more than that. It adds more responsibility to your existence as a citizen and the world. It's your responsibility as a human being to fight for all of us.

I agree, I think you're right.

I want everyone to read and buy this book.

That'll be the headline.