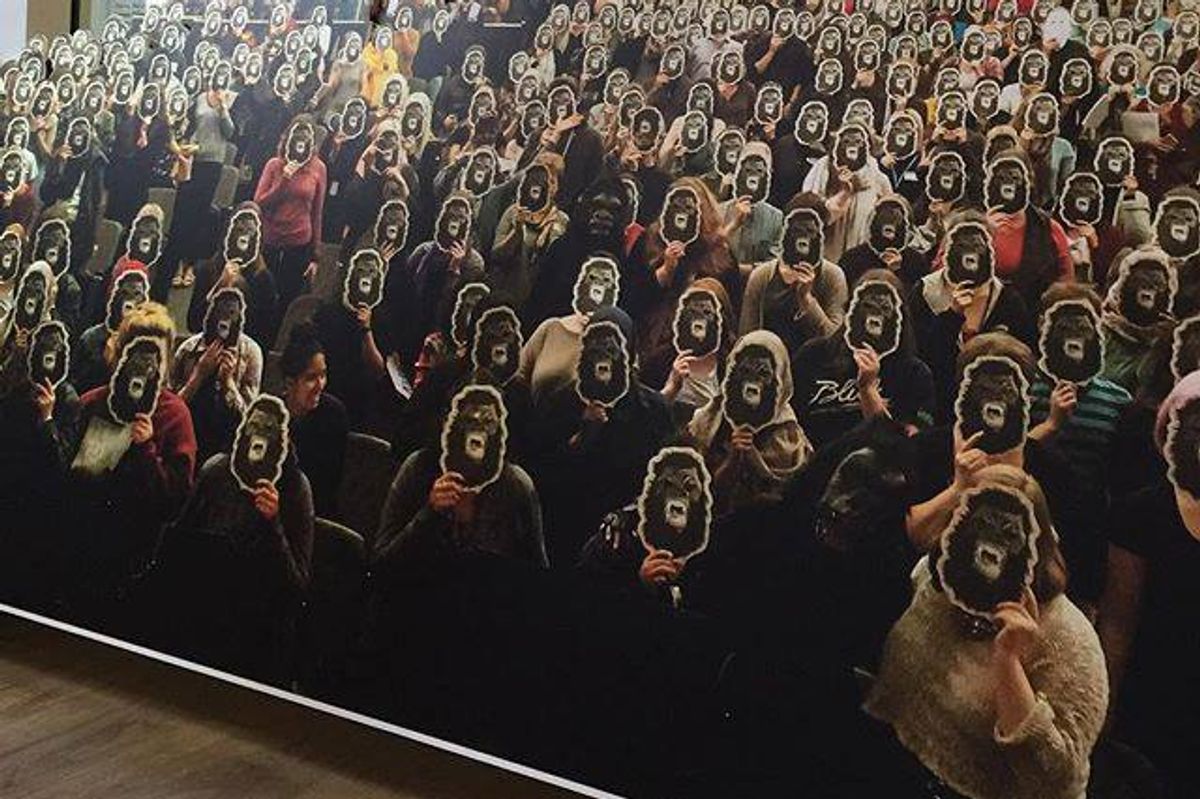 The Guerrilla Girls, a self-described "group of female artists, writers, performers and other arts professionals who fight discrimination through humor, activism, and the arts," took on 383 European art institutions in their latest work, "Is it even worse in Europe?"

Guerrilla Girls' Frida Kahlo and Kathe Kollwitz introduced the work today at London's Whitechapel Gallery. The two artists sent 400 surveys to 383 European museum directors of contemporary and modern art institutions, asking them specific questions about the diversity of their institutions, collections, exhibitions and artists represented in shows. The results are fascinating.

First, of the 383 institutions, only 101 of them (about a quarter) answered the questionnaire. Questions like, "What percentage of artists (not works) in your collection are women?" and, "How many women have had one-person exhibitions at your institution over the past 5 years?" either struck a nerve or weren't worth answering (or the directors were simply too busy to respond). The Guerrilla Girls, for their part, included the names of the non-respondents on the floor of the exhibit where visitors can walk on top of them.

The answers from the remaining 101 art directors are posted on the walls of the Archive Gallery for visitors to read.

"When we read what people wrote" Kollwitz said, "we really realized we had to let them speak for themselves, because what they said was, sometimes ridiculous, sometimes fantastic, sometimes... was it even truthful? And we thought the comments were so interesting that better for us to divide them into pieces and make their own comments on it and just showcase what all these different people said."

"Our work has always been about trying to transform the system rather than just point our fingers at it and say this is bad," Kahlo added.

The artists also took aim at the way money and power influence the art world and its diversity (or lack thereof).

"More and more super rich art collectors are controlling museums, they're opening their own museums but even in public institutions they're exerting influence and that never really used to be the case. We have kind of gone back to the old system of kings, queens, and emperors," said Kollwitz. Many of the institutions reported funding as a major concern, according to Dazed.

Hopefully this work will open up a line of productive dialogue within and without the institutions that the show's title examines.