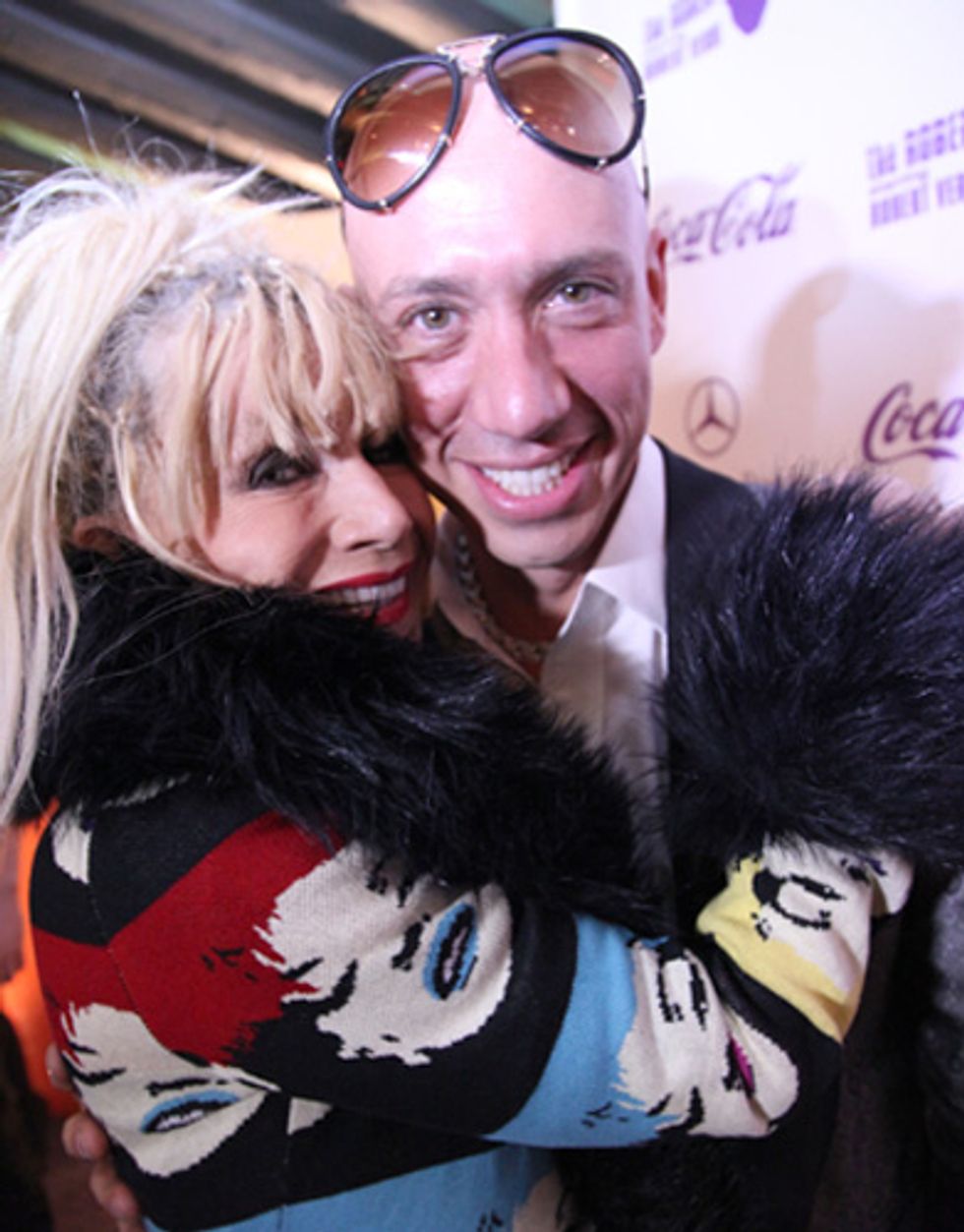 Robert Verdi will tell you when you don't look good. The lanky sylist's candidness makes for an entertaining, albeit occasionally goofy, new Logo reality show The Robert Verdi Show, the first two episodes of which premiered last night at the SVA Theater in Chelsea. Although Verdi's directness is mostly used as comic relief on the show -- his normal-sized assistant's weight is frequently commented on, and Verdi  accuses him of breaking an elevator in the second episode -- several of last night's guests, who included Betsey Johnson, Fern Mallis, Casey Spooner and Adam Dugas, Colin Cowie, and aerodynamically coiffed duo Dangerous Muse, confirmed that Verdi's frankness is what makes him a good stylist. "He has a big mouth" said America's Next Top Model head mistress Miss Jay Alexander. Former Project Runway contestant Jack Mackenroth, who says he's glad the current season of Project Runway isn't as boring as the last, echoed the same sentiment with a bit more diplomacy. "He's decisive," Mackenroth said. "He knows what looks good on a person. He works with Kathy Griffin, and sometimes she's really adamant about what she wants to wear. But if he doesn't like it, he doesn't put his name on it." Indeed, previews for Verdi's upcoming season show Verdi and Griffin squabbling over a dress. The City star Erin Lucas, however, told us that Britney Spears is the celebrity most in need of Verdi's discerning eye. Longtime Verdi client Sandra Bernhard, who was bundled up in a faux leopard print coat, shared an important night time winter fashion tip with us: Aquaphor and socks.  "My feet are really dry. It's just horrifying -- I hate the sound of a dry heel across a bed sheet," she said, before changing the subject to the man of the hour, whose intuition, Bernhard believes, is his greatest gift: "He knows about human emotions and instincts." Big mouth aside, Verdi says his job goes way beyond choosing the most flattering neckline for his clients. "It's understanding a lot of social psychology," he said. "[Being a stylist] is really contingent on understanding what a lot of people don't understand, but that you need to understand, to understand fashion. That's a quote!" 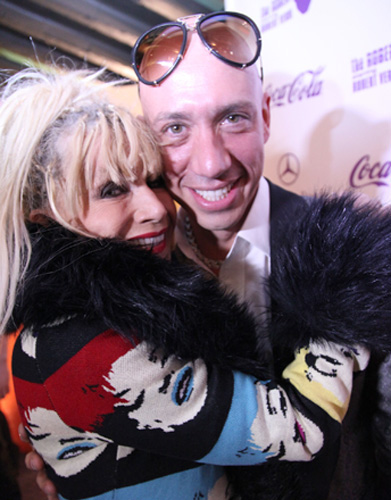 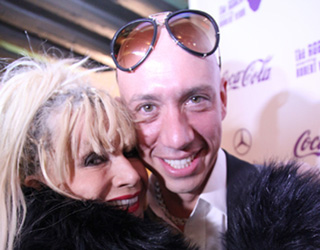