Elizabeth Thompson, photos by Caroline Torem Craig
PAPERMAG
09 April 2010
Kim Gordon's current exhibit "The Noise Paintings" at Upper East Side rare bookstore/gallery John McWhinnie at Glenn Horowitz Bookseller, features a series of small white canvases with the names of no-wave, grunge and noise bands written across them in running paint. Gordon told us the paintings, which went on display yesterday and are featured in Gordon's new art book, Performing/Guzzling, were made with "acrylic paint, used to interfere. They're very performative." These works, which trumpet band names like "Talk Normal," "Slow Listener," and, a crowd favorite, "Afternoon Penis," hung in the store's small upstairs gallery surrounding attendees that included Gordon's husband Thurston Moore, Chloe Sevigny, Gang Gang Dance's Lizzi Bougatsos, Terry Richardson, Olivier Zahm, James Frey, Bill Powers, Andy Spade, (at whose Partners & Spade Moore will appear Sunday to lecture children 8-12 on white noise). A huge wooden case lined with cassette tapes towered in one room "those are Thurston's" Gordon said, nodding to Moore who was talking to a group of wide-eyed men in the corner. Downstairs, two young women looked at a portrait of a woman done by Gordon, remembering it had been on the cover of a Sonic Youth release. "It was behind the counter at the record store by my house, and it wasn't for sale," one said. "I used to daydream about stealing it." Art books from Gordon and Moore's home lined the room, as well as 45s by Joan Jett, Lou Reed, and Hayley Mills, all of which Gordon said inspired "The Noise Paintings." One particular book on a nearby shelf, stood out. When asked what a glossy fan book about Twilight star Robert Pattinson was doing there, Gordon laughed. "Isn't he hot? That's just a piece of pop-art inspiration." 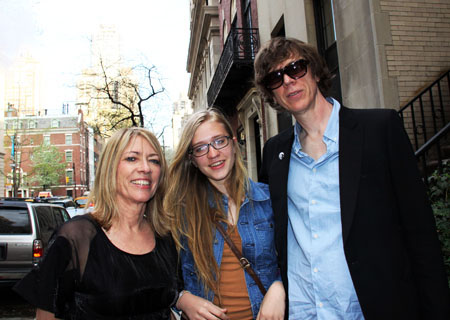 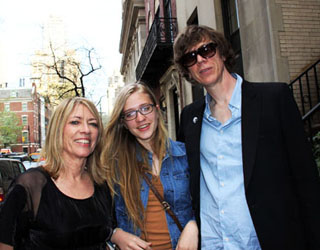 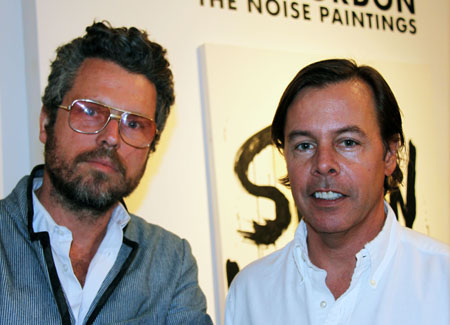 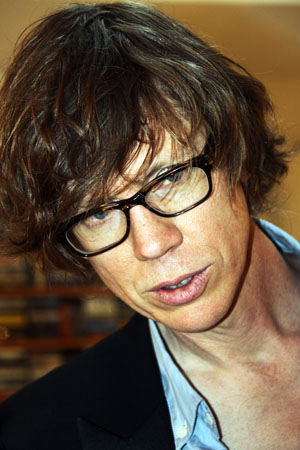 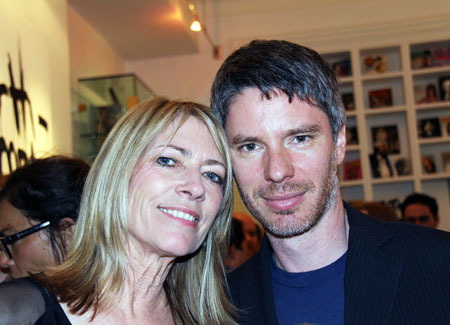 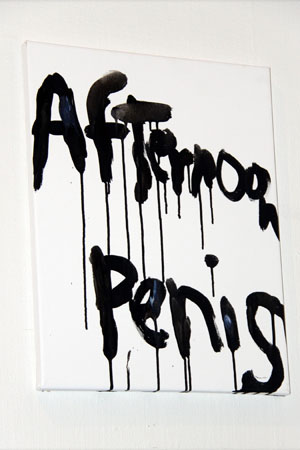 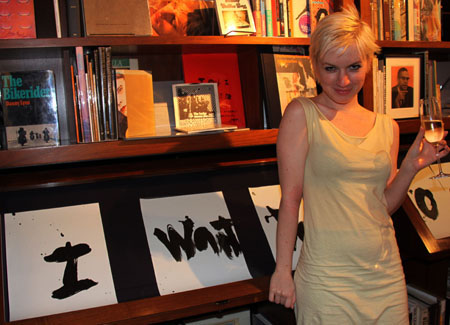 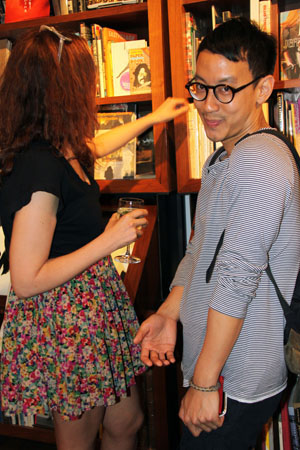 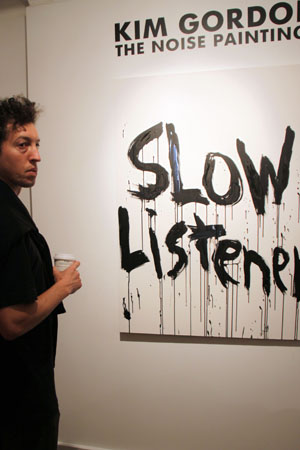 Chloé Sevigny Is Pregnant With the Next Downtown Legend