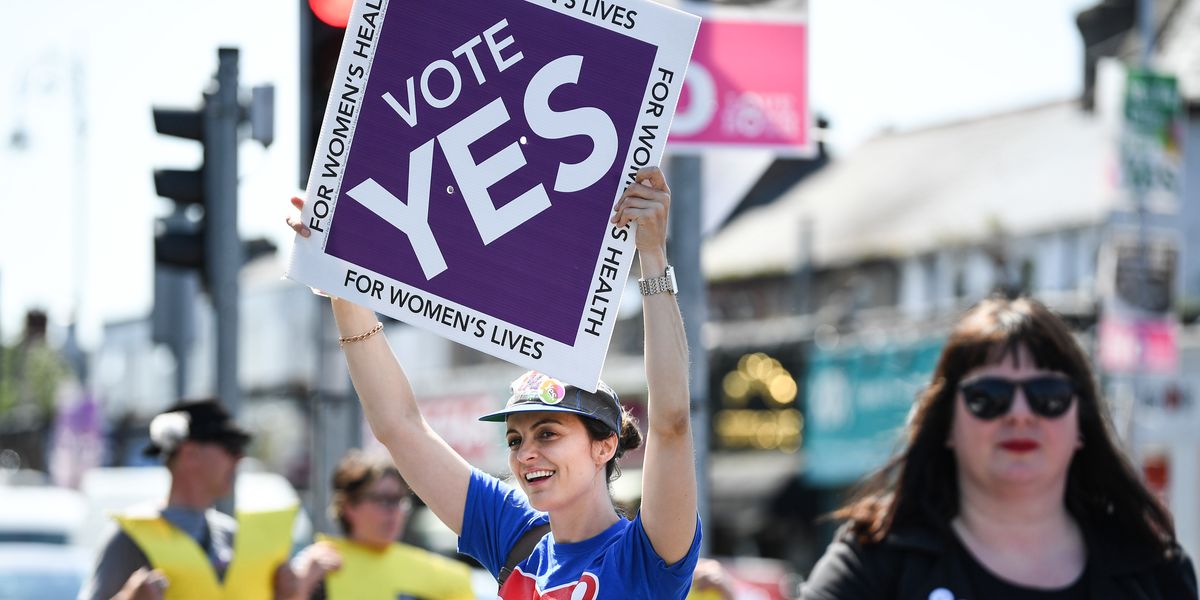 Ireland appears poised to roll back its restrictions on the elective abortions, reports the Irish Times. The Western country currently outlaws abortions for women except in cases where the mother's life is in danger. Today's vote was a Yes/No referendum to amend Ireland's constitutional eight amendment; it is the first step towards easing the country's restriction on abortion access. Ireland's legislature is expected to propose a law to allow women to obtain elective abortions up within the first 12 weeks of pregnancy.

NPR reports that over 200,000 women have traveled to Britain in order to obtain an abortion; the law would allow Irish women to have abortions in their home country. According to exit polls, the Yes campaign (in favor of legalizing abortion) received 68 percent of the vote — an overwhelming majority. Many Irish nationals traveled back from the Grea Britain, Europe, and across the world in order to vote in the referendum. A referendum to appeal the vote may not take place, making today's vote especially critical for pro-choice supporters. Savita Halappanavar, an Indian dentist, has been held up by Irish pro-choice campaigners; Halappanavar died in 2012 after a hospital refused to induce an abortion during her excruciating 7 day-long miscarraige. She developed blood sepsis and suffered a cardiac arrest before dying.

The right to abortion in Ireland is one of the most restrictive in Western countries and is primarily based on religious beliefs. Irish, English, and international Twitter users cheered the landslide decision. An official declaration of the referendum results is expected on Saturday.

When I was a child growing up in Ireland, it was illegal to buy a condom, get a divorce or have sex with someone of the same gender. I look at this new Ireland and I wonder how a country can reinvent itself so radically, and so much for the benefit of people's freedom. https://t.co/gPwltuDYiW
— Andrew Byrne (@aqbyrne) May 25, 2018

the landslide victory in Ireland is a huge win for reproductive rights and great news for everyone who wants fewer Irish people walking the earth
— Brandy Jensen (@BrandyLJensen) May 26, 2018

the ireland vote is another example of how powerful un-shame-able women are
— Molly Priddy (@mollypriddy) May 25, 2018

Well done, Ireland but if you think this means I'm going to stop doing my flawless impression of you bog creatures you've got another thing coming.
— Matt Christman (@cushbomb) May 25, 2018

Update: Ireland has officially overturned the abortion ban as of Saturday, May 26, 2018. A huge win for women all over the country.