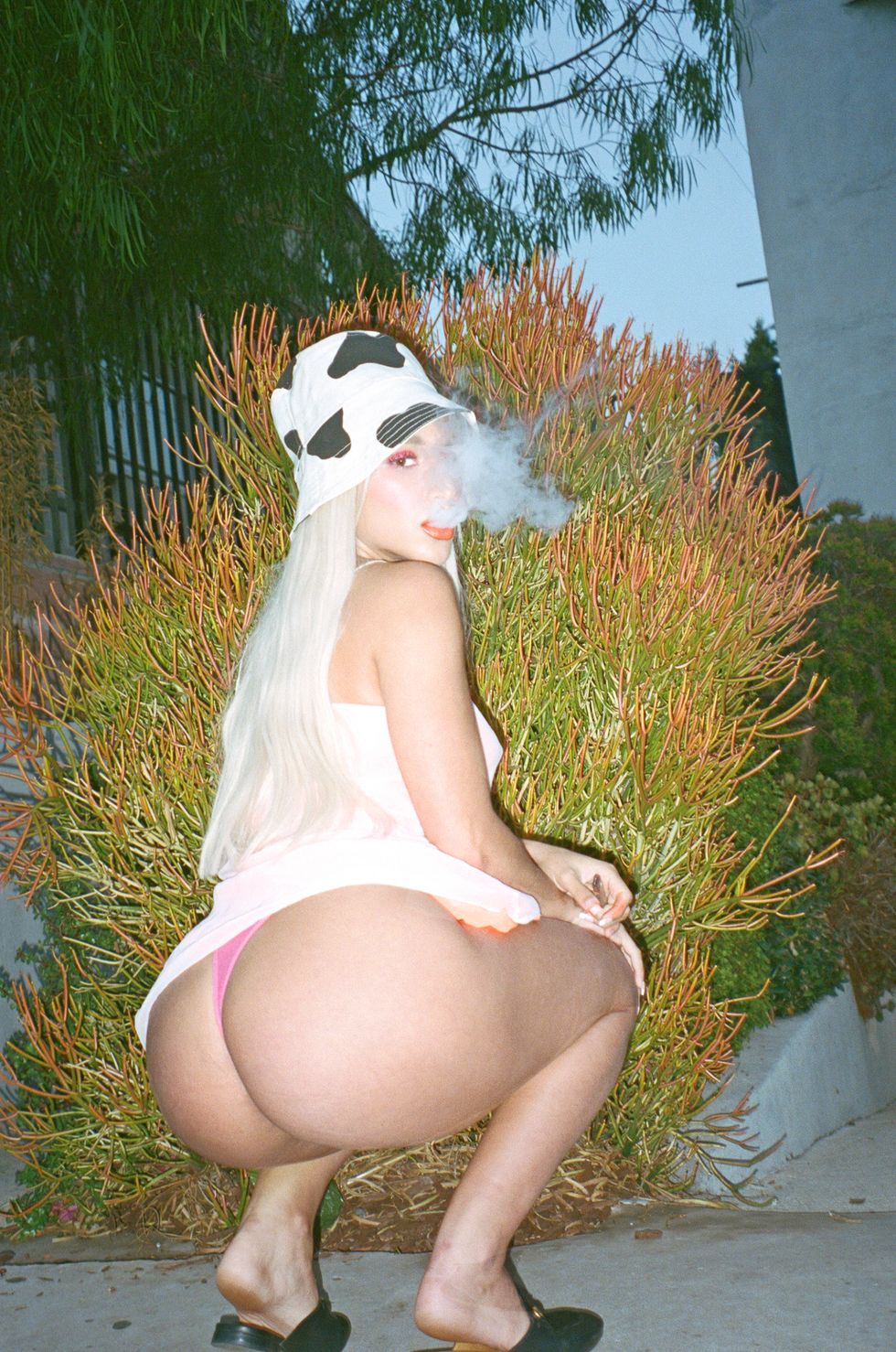 "There are moments where two people are having such a good time that I catch myself with a smile on my face, because I'm enjoying how much they're enjoying it," she says. "I know the millions of people watching it are going to enjoy it too. It's a cool butterfly effect."

Perhaps it has something to do with the fact that, in her experience, she's "always enjoyed shooting for female directors more," and has made a conscious effort to ensure that all her female performers are comfortable — especially if Abella's the only other woman on-set.

"It's always been weird to be the only girl on-set. Like, the director is a guy, the PA is a guy, the sound guy is a guy," Abella says, before clarifying that while she's become friends with many of these people, "when I was a newer, it was definitely strange at times."

"It's easy to be offended by someone's sexuality when you're not as comfortable in your own."

She adds, "Sometimes you just want another girl there who has your back and understands what it's like to be a woman."

Thankfully, Abella says that the number of female directors has increased since she first began performing. And while she's also heartened by the increasing number of other female performers-turned-directors entering the fold, Abella makes it clear that we still have a long way to go, as "we're still really outnumbered by the guys." 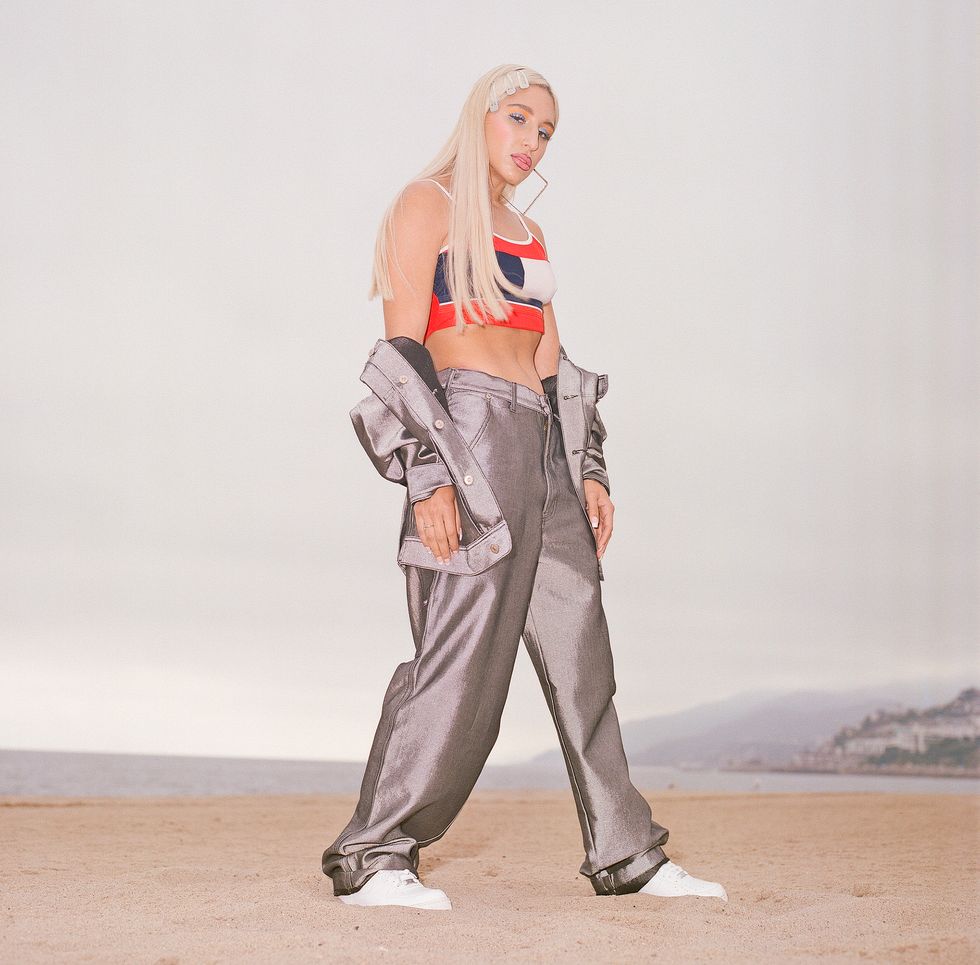 "But it was really nerve-wracking, because I used to watch [Bella] on Disney Channel," she says, before calling it an "amazing" experience that helped her hone her skills as an actor with Bella's help and guidance. "I give her so many props. She wrote and directed everything. She's very multifaceted."

However, Abella also bristles at the way many people tend to talk about Bella. Despite being a talented artist and creator in her own right, the conversation surrounding her tends to be an example of the way society is still inherently misogynistic — especially when it comes to women who are comfortable with expressing their sexuality. 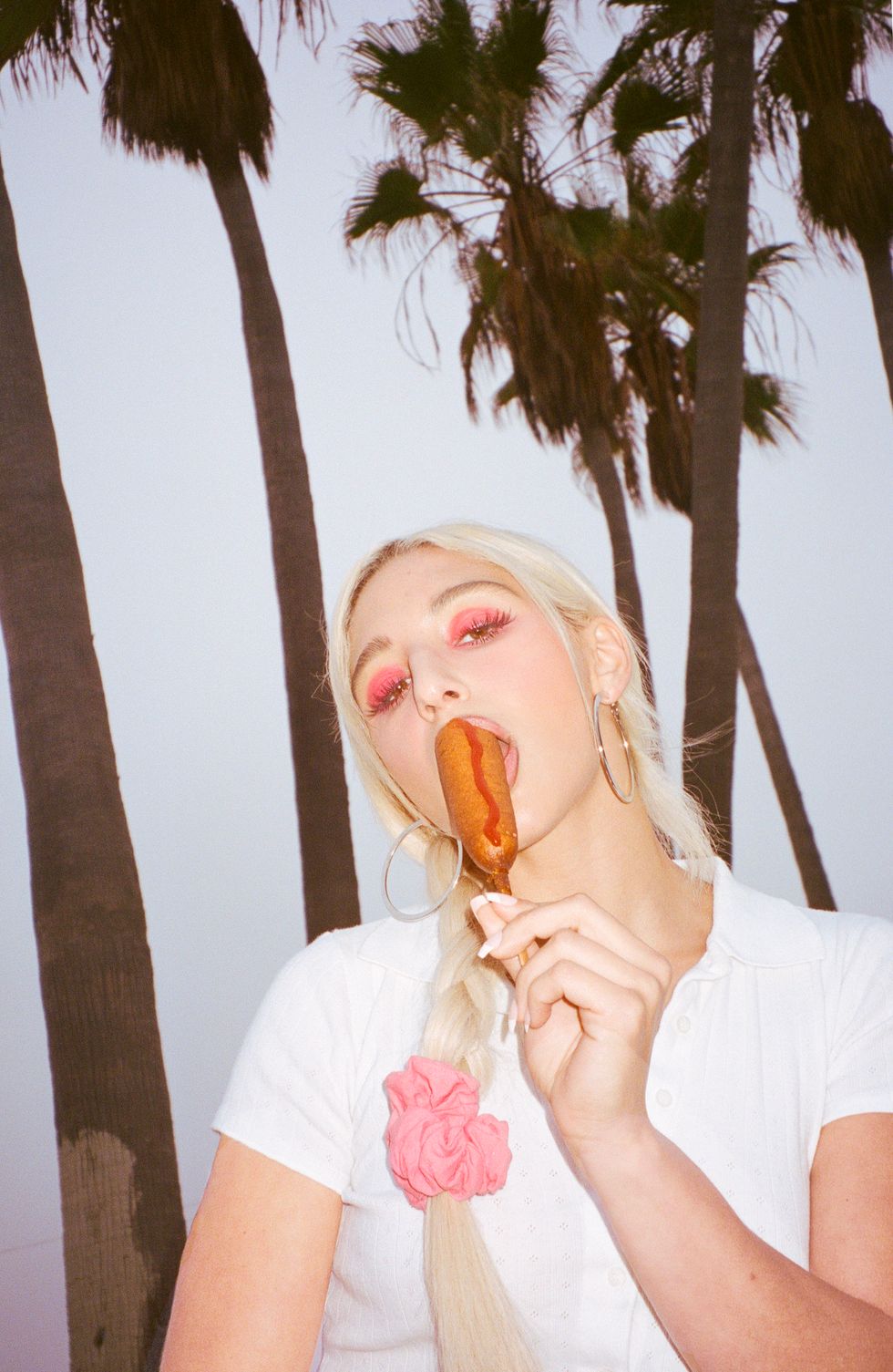 Given her line of work, this is something Abella is also unfortunately familiar with. Though she'd love to eventually transition into mainstream Hollywood, she realizes it'll be difficult thanks to the "huge stigma still surrounding the adult industry."

"We're taking control of our bodies by doing whatever we want to do with them." 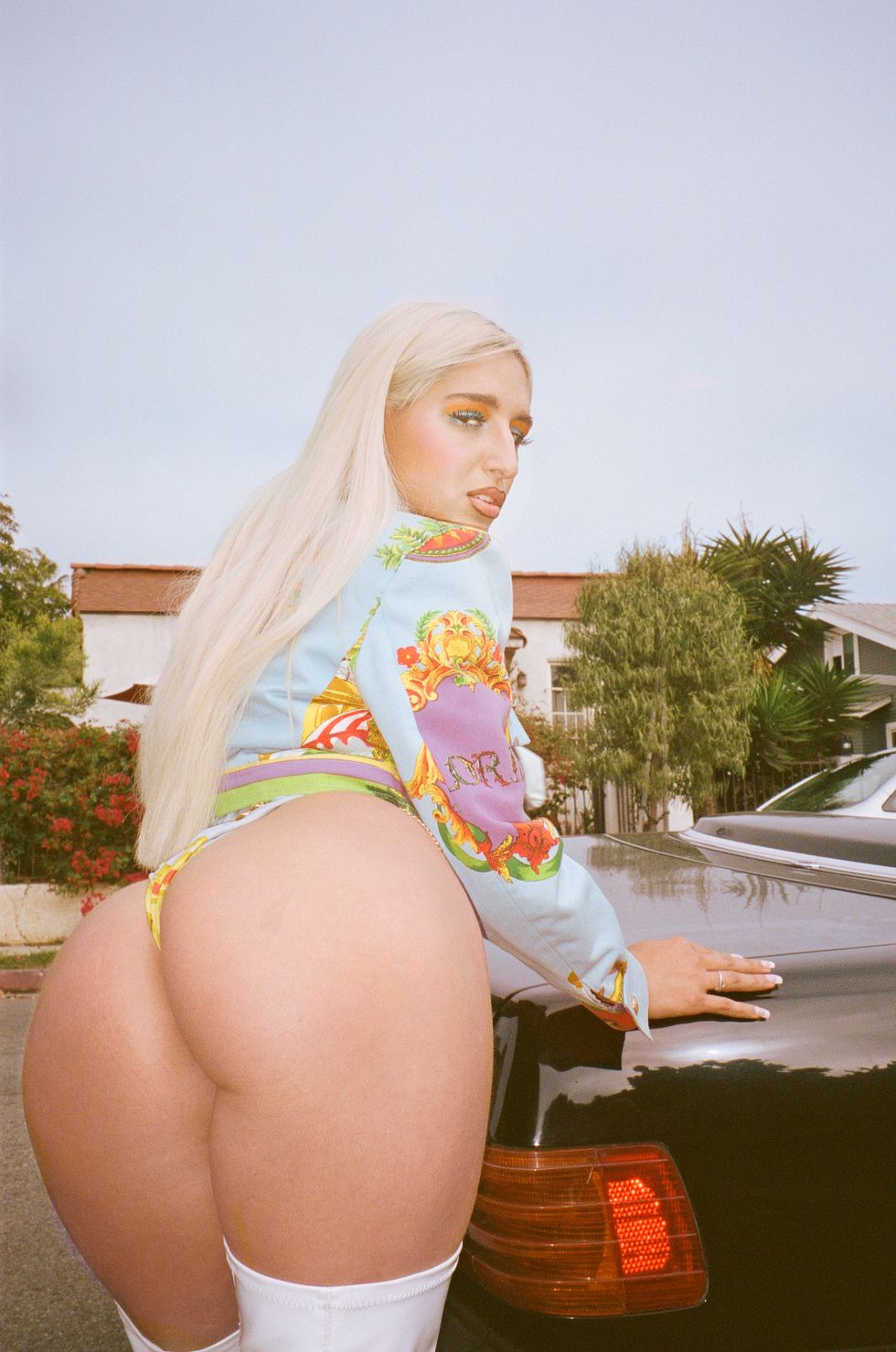 Abella stops to collect her thoughts for a moment. "I would never do that, because there's nothing wrong with it. We're all consenting adults. We're all good people, some of us with families and children."

She continues, "We're not trying to hurt anyone or shove it down people's throats. It's here if you want it, but even if you don't watch, that's cool. I would never judge someone for not watching it, but you shouldn't judge me for being in it." 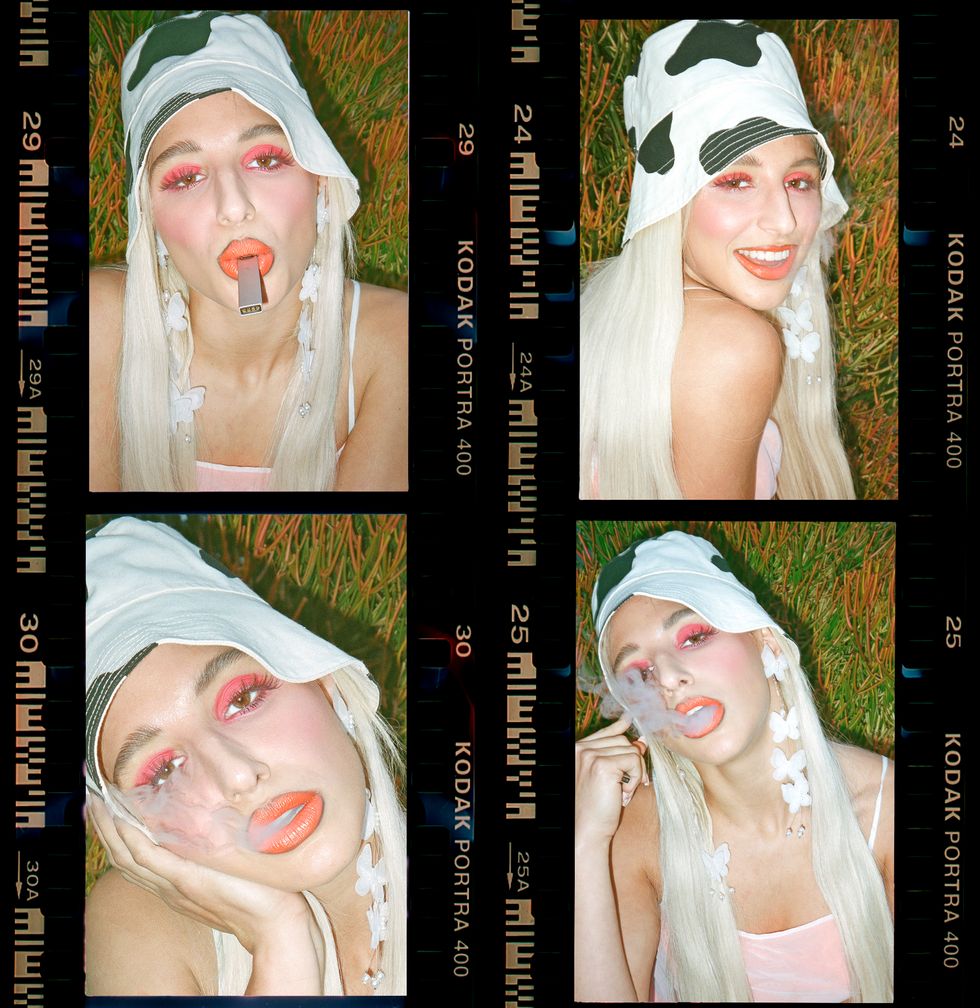 "We're taking control of our bodies by doing whatever we want to do with them," she asserts. "Even though most of the people you're working with day-to-day are men, you still have a say in everything you do. If it's a certain script and you're not comfortable with a scene, you don't have to do it. You can say no," she says, alluding to her previously articulated frustrations with the supposed feminists who tear other women down.

That said, Abella does believe the feminist movement has had an undeniable positive effect on the industry, as it's leveled the playing field while "giving more understanding that women can do the same as men and sometimes do it better."

"It took a few of the first female directors to come in, dominate, and show we're badass, and open a lot of doors for other women to do this in the future," Abella says, before we circle back to why — despite being an established adult director at this point — she still loves (and always will love) performing. 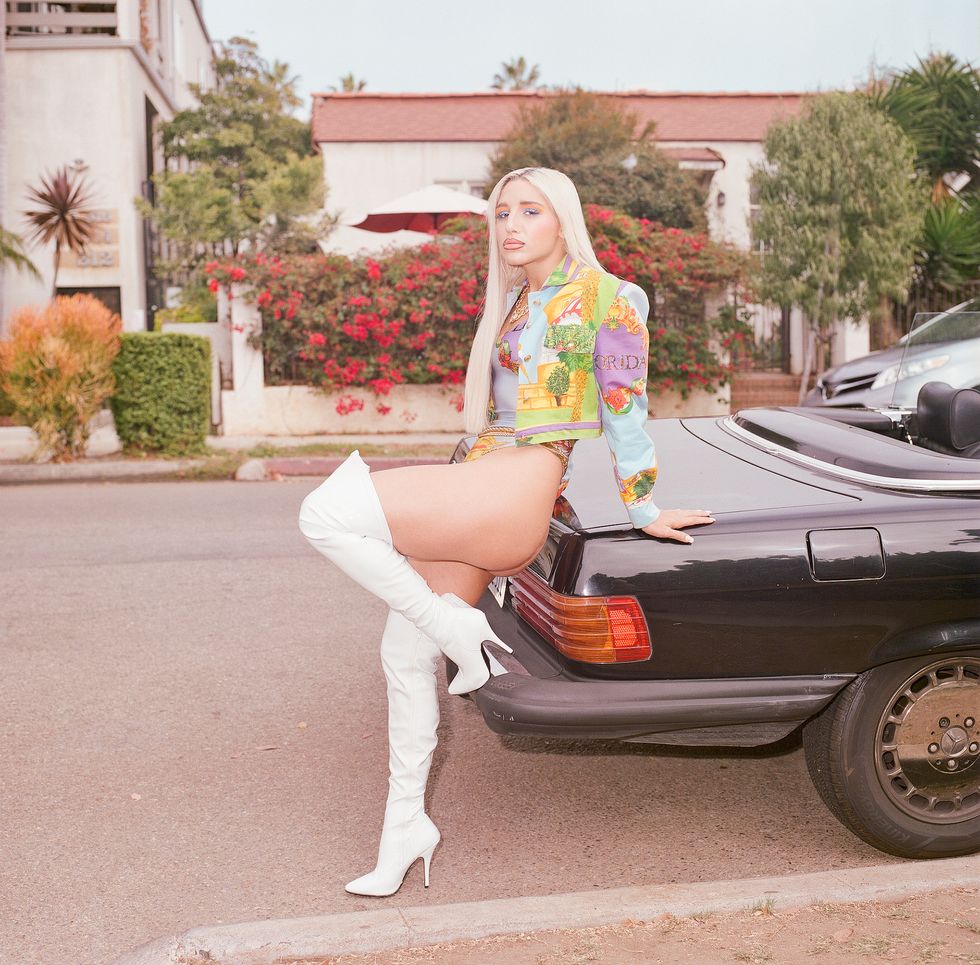 "I love that I can explore my sexuality in a very safe, controlled environment," she explains. "I know everyone I'm working with is tested. I know there's a bunch of people in the room. It's not just me and this other person and if something happens, you can yell 'cut.'"

She pauses for a beat, "And, you know what? I'm more than happy to give that to the world."