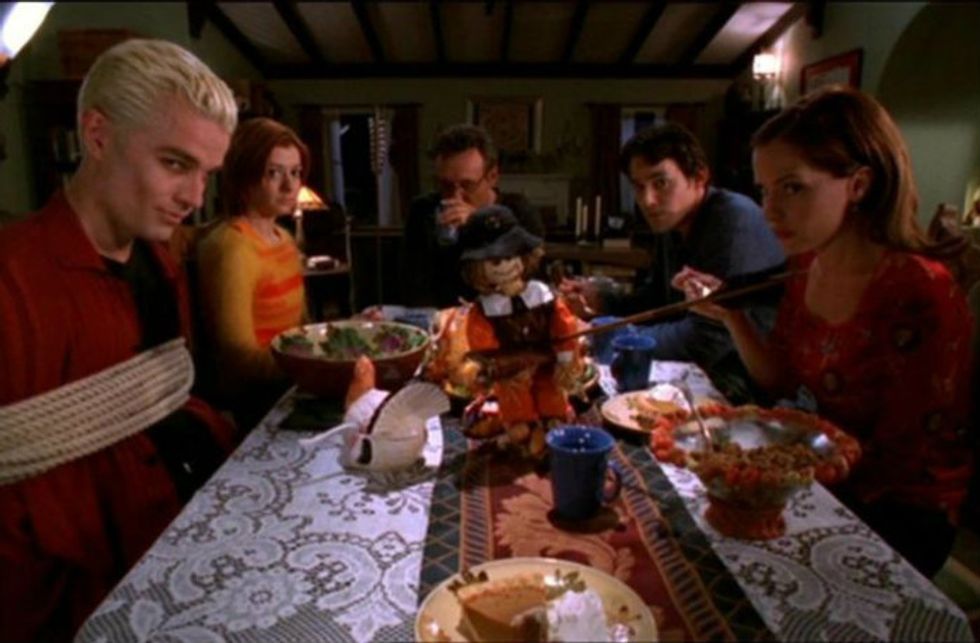 ABC Family is Airing Buffy and Dawson's Creek, and It's Important, Damn It

by Eric Thurm
PAPERMAG
There's an interesting TV industry thing happening right now that might seem boring, but will have a pretty serious effect on your channel surfing (if that's a thing you still do) -- the syndication channels for certain shows are changing. The most high-profile example of this is Seinfeld, which is going exclusively to Hulu, but it also means that you'll be able to find Dawson's Creek and Buffy the Vampire Slayer in the same place! Thanks, ABC Family.

These syndication runs -- starting the week of June 22 with voted-upon fan favorite episodes, then commencing properly the follow week -- aren't just news because everyone loves an excuse to talk about these shows (though there is certainly an element of that). There's something special about seeing these shows air the way they were intended, cut up by cheesy commercials and airing in order over a certain period of time so that you can't just watch all of Buffy in three weeks (not that I, uh, did that). It might seem archaic, but give it a shot -- it just might be magical.
You May Also Like
Break the Internet ®