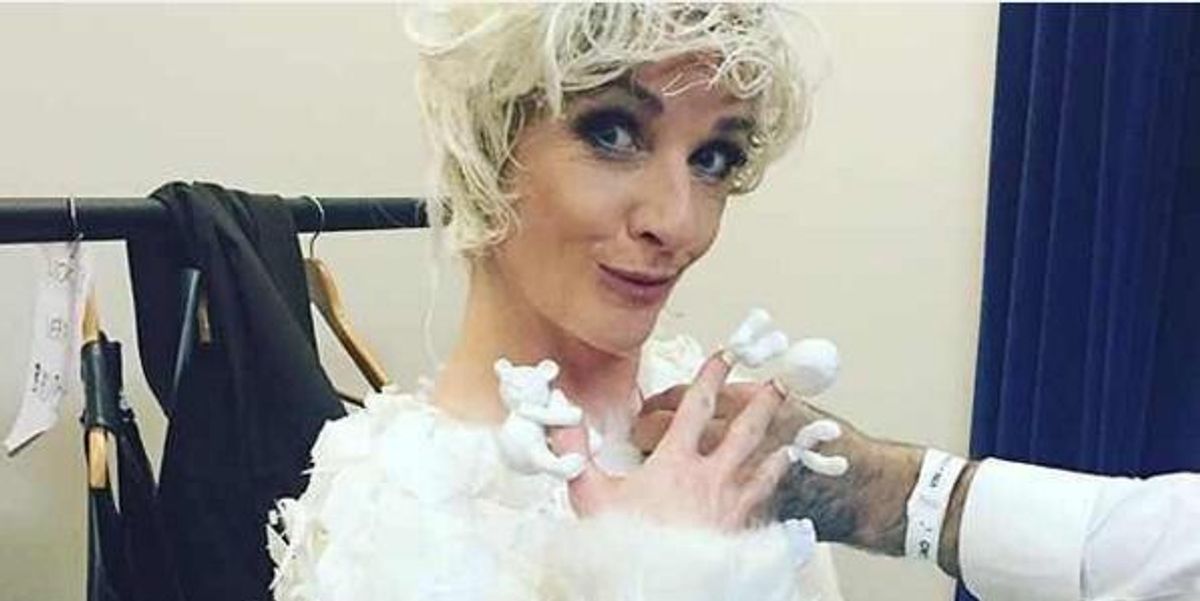 The entertainment industry's obsession with rebooting our beloved TV shows has given us a few real treasures, but certainly the greatest one will be the return of Absolutely Fabulous -- and this time it's a movie!. But while we all must wait until July for the return of Edina and Patsy, we can get a jolt of AbFab juice from Bubble's fashion week debut.

Jane Horrocks, better known as Edina's space cadet personal assistant Bubble, closed out the show for designers Vin and Omi in their Monday show. Horrocks sported a white wig and white empire-waist gown decked in feathers. She told WWD, "It's something I've never done before and I thought, 'oh, that would be quite nice.' As they say, it was awesome." The designers are one of several creating looks for the AbFab movie, including costumes for Bubble.

Horrocks posted plenty of photos of herself getting ready and videos of walking the runway. She looks, if we do say so ourselves...absolutely fabulous. (Okay, sorry about that pun but she does look excellent.)