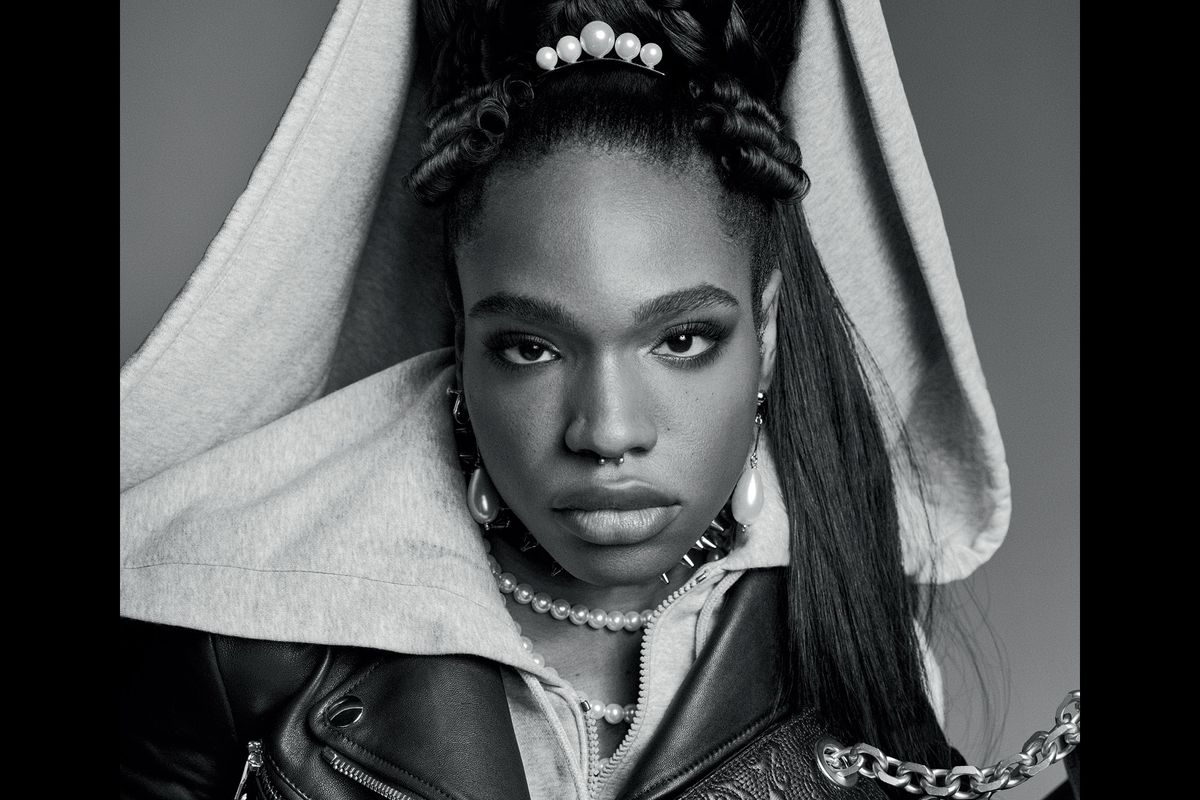 Aaron Philip is continuing her pop culture takeover, now as the face of Moschino's Fall 2020 campaign. While an enormous feat for the supermodel who made history in 2018 with her signing to Elite Model Management New York, these career milestones are beginning to happen consistently, from Nike to Collina Strada, and it's clear Philip is rightfully becoming ubiquitous in the mainstream fashion market.

On Instagram, Philip celebrated the success of her "first major high fashion campaign," writing that she's "so grateful" and loves "everybody with all my heart." She said, "I made it this far," before continuing in another post that she's been "too shell shocked to try and say anything prolific." Still, Philip added that "this is such a big deal being a physically disabled person/model in a campaign like this."

In her 2019 PAPER Pride cover story interview with Naomi Campbell, Philip talked about her dreams of being able to work as a fashion model without compromise. "I want to be able to do my job and exist as who I am, the way anyone else successful has, and make a legacy by being myself, doing my job well, and working my hardest," she told Campbell. "That's what I want for myself."

Of course, Philip's fans have responded to the Moschino shoot with excitement on Twitter — the very platform that helped launch her career in the beginning. "I wouldn't have a start if it wasn't for the internet," Philip told Campbell. "And I mean that really literally where, I went on Twitter when I was 16 and made this Tweet," she added, referring to a casual photoshoot that went viral and helped attract her first modeling gigs.

"This goes unbelievably hard," said one fan on Twitter. "Look how far you've come baby girl," added another, amidst a flurry of tweets firing off "iconic" and "fuck it up." Below, a small sampling of the support for Philip's Moschino campaign as she only continues her ascension to the top of the modeling ranks. Who's booking her next?

@aaronphilipxo I first started following you when someone shared your post about how you were looking for a break a… https://t.co/we6jshOmG8
— Theodore (@Theodore)1600627744.0