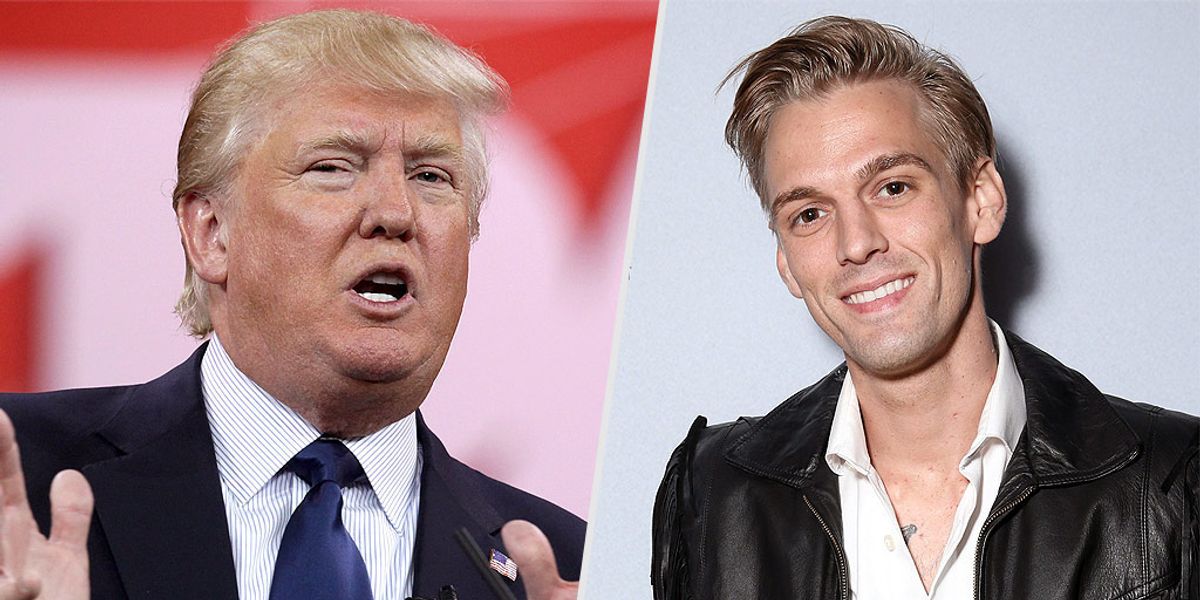 We Reap What We Sow: Aaron Carter Won't Be Voting Now

Modern martyr Aaron Carter has officially pulled out of the being a civilian who wants to vote for a presidential candidate race.

The former bubble gum pop prince and current...something announced his painful decision on Twitter yesterday evening, after his "hey!!! I'm still here!!!" endorsement of Trump brought out the nastiest of Internet trolls.

If you're THAT upset by Aaron Carter's politics, you should probably reevaluate some things.

In other Aaron news...

Hang in there, Aaron!