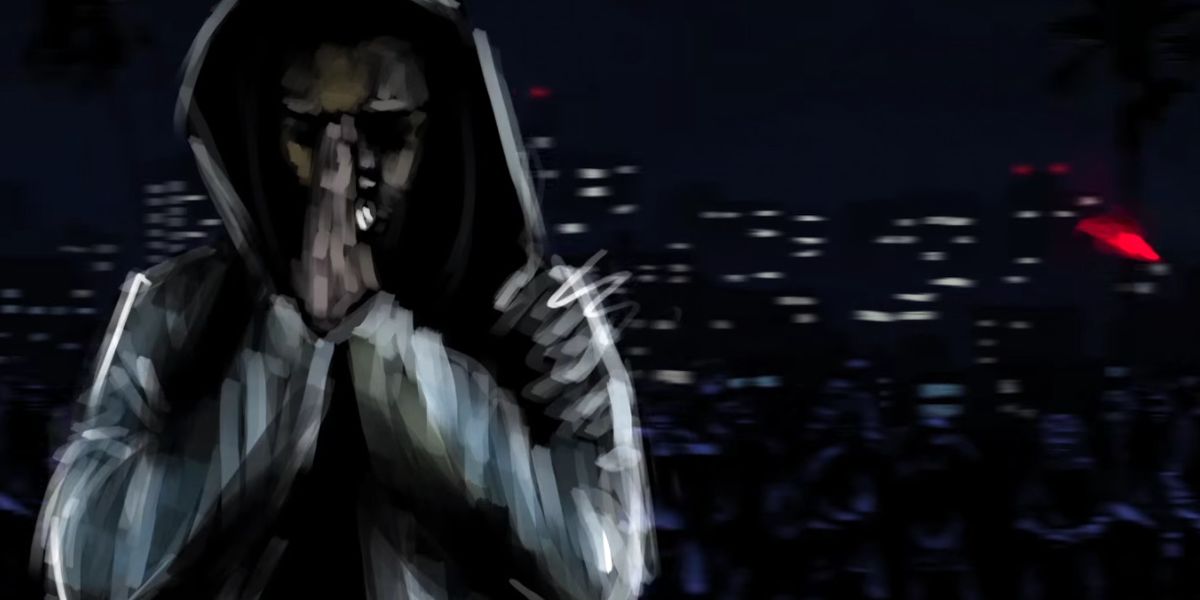 After dropping three new tracks in the last week, Harlem rapper A$AP Rocky shows no signs of slowing down by fiiiiiinally releasing the music video for his track "JD" that appears on his latest studio album At.Long.Last.A$AP. Even though it took him a while to get to it, you know what they say: Good things come to those who wait.

The clip is fast-paced with a ton of hidden easter eggs throughout that are placed there for fans of the artist to pick up. An animated James Dean makes an appearance, as well as late A$AP Mob member Yams's facial birthmark adorned on Rocky's own face (just like the cover art of the album). Thick brushstrokes replace reality in a clip that flickers between animation and live action. Peep the full video below.