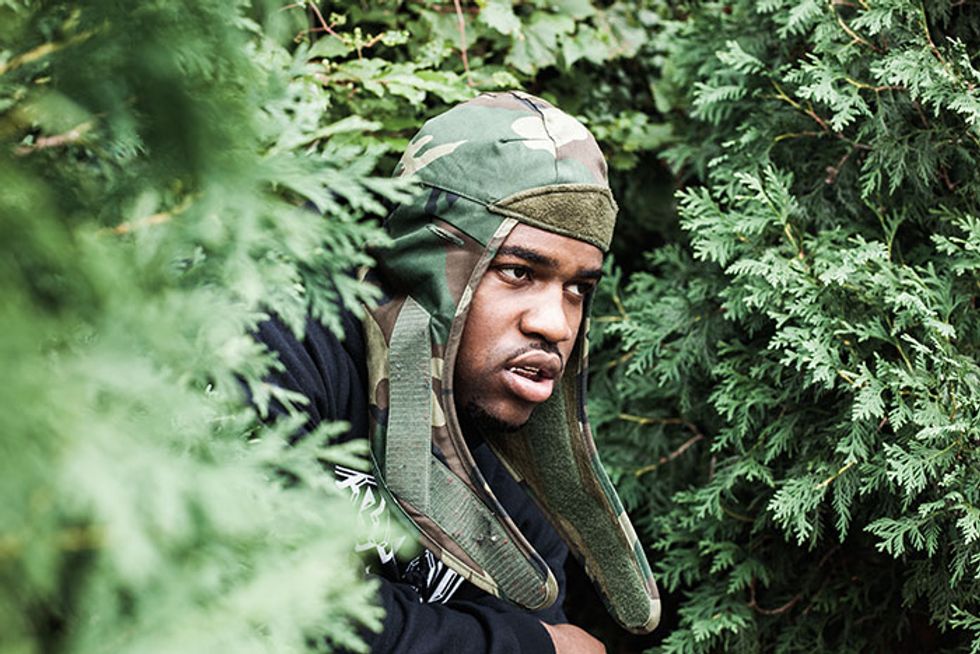 As rap crew history shows, "next up" is rarely an enviable position. For A$AP Ferg, a member of Harlem's A$AP Mob, escaping the shadow of the group's ringleader A$AP Rocky -- who in a few short years has gone from underground rap curiosity to celebrity fashion plate -- seemed impossible. But after gaining a cult following thanks to a show-stopping verse on Rocky's "Kissin' Pink," Ferg now stands out as one of the crew's most gifted and enigmatic MCs. "I'm a natural leader," he says, as confident in conversation as he is in his music. "I could never just fall in the background."

For as much raw talent as Ferg has, his debut LP Trap Lord is going to be something of a trial by fire to new ears. The dark, hard-edged work that harkens back to the gangsta-rap of the early '90s, is the antithesis of A$AP Rocky's hypnotic luxuriousness. "I know with this new style that it's probably not going to win a lot of people over at first," Ferg admits. "But when they hear the album, they're gonna get it, like, 'Oh shit, this nigga crazy!' They gon' love it."

Enlisting personal heroes like Bone Thugs-N-Harmony (a group many have cited as an influence on Ferg's flow) and Cypress Hill's B-Real, Ferg refused to weigh his album down with of-the-moment rappers. "These are legendary voices, bro, I didn't even have to put their names on it," he says, elaborating on his vision of marrying current styles with classic forms. In his first single, the shadowy but infectious "Shabba," Ferg imagines himself as the dancehall legend Shabba Ranks, complete with gold tooth and chains. Ranks' music was a fixture in Ferg's household growing up, and explains his tendency to slip in and out of a Jamaican patois. "My whole thing is creating future music, and bringing the renaissance into the future."

Trap Lord is out now via RCA