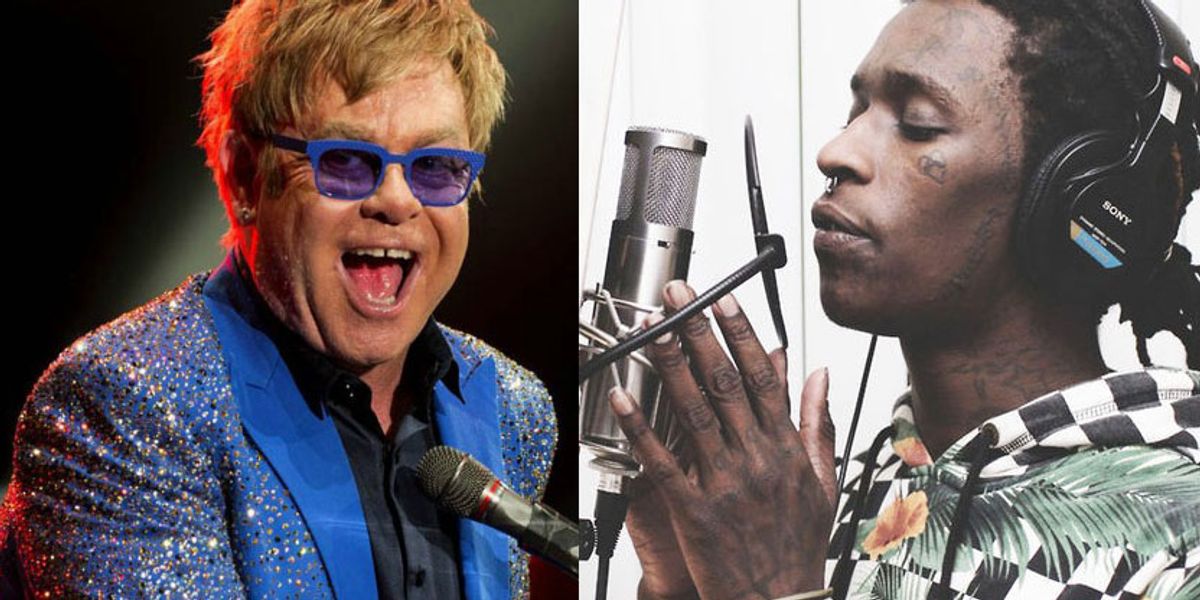 Dreams do come true, because according to the Internet rumor mill, two incredible musicians -- namely Young Thug and Elton John -- are collaborating on a track.

Yep, apparently "a well placed source" has told the Fader that 300 Entertainment boss Lyor Cohen recently set up a FaceTime between the two -- an online interaction that led to John sending over an instrumental of his 1972 track "Rocket Man" for Thugger to go in on. Though don't act too surprised, as John has previously outed himself as a Young Thug stan (you know, like the rest of the world).

As for the new track, the only other thing the mysterious source mentioned is that Thug sings, which apparently makes for a "really ambient and amazing" track. Granted, what else did you expect from a meeting of two great musical minds?