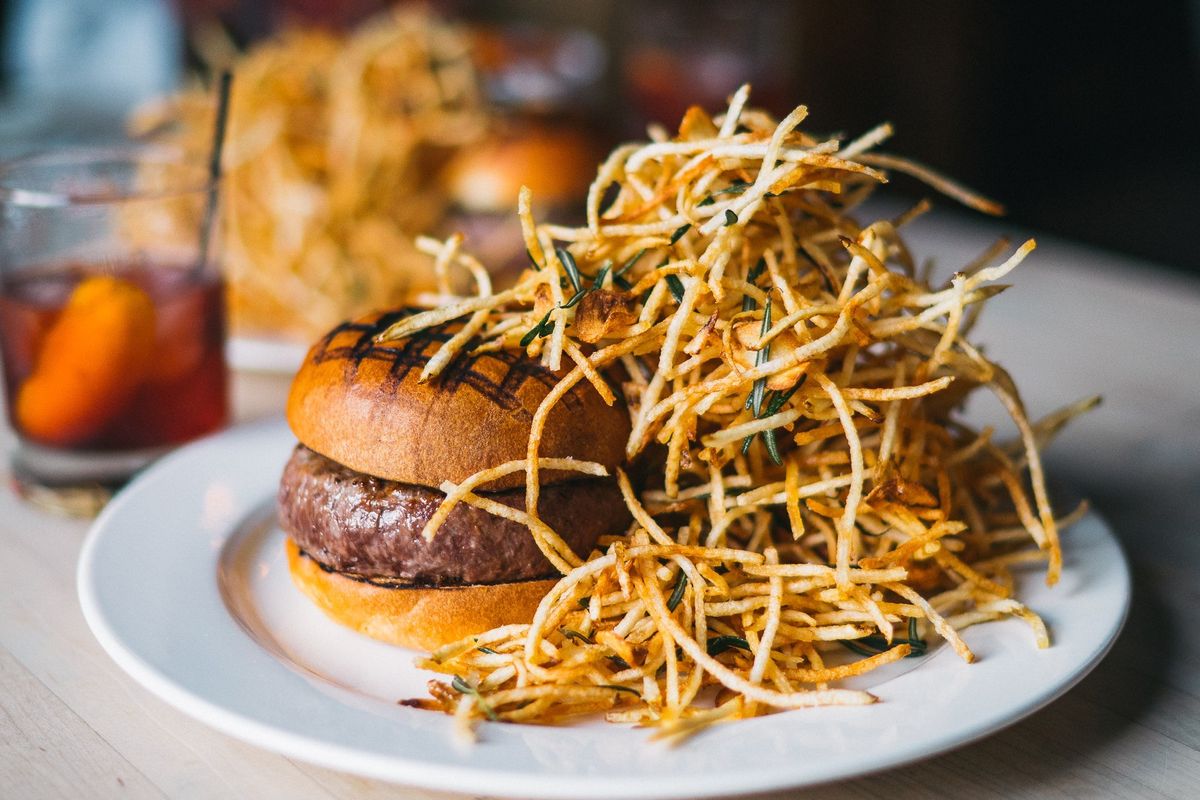 A West Village Legend: April Bloomfield and the Spotted Pig

It might be hard to imagine, given the profusion of haute bar food that abounds in New York these days, that there was a time when the gastropub was new. Back in 2004, Ken Friedman and chef April Bloomfield blazed trails by opening the city's first, The Spotted Pig, in a cozy corner of the West Village.

As a young chef fresh of a stint at London's legendary River Cafe, the Spotted Pig was Bloomfield's first foray into co-owning and creating her own restaurant. In the intervening 12 years, she's created something of an empire, opening an additional four restaurants (including the Breslin and John Dory Oyster Bar), earning Michelin stars, winning awards, and writing cookbooks.

The Spotted Pig has remained through it all. Bloomfield's menu of seasonal British and Italian comfort foods has garnered a staunch celebrity, including Kanye West, Courtney Love, and fellow chef Mario Batali, but also has a loyal clientele of local New Yorkers. The famed burger, in particular, is estimated to be ordered 75,000 times a year. The city has embraced Bloomfield. And she, though born in Britain, has embraced the city in turn.

Courtesy of the Infatuation / Photography by Dave Krugman