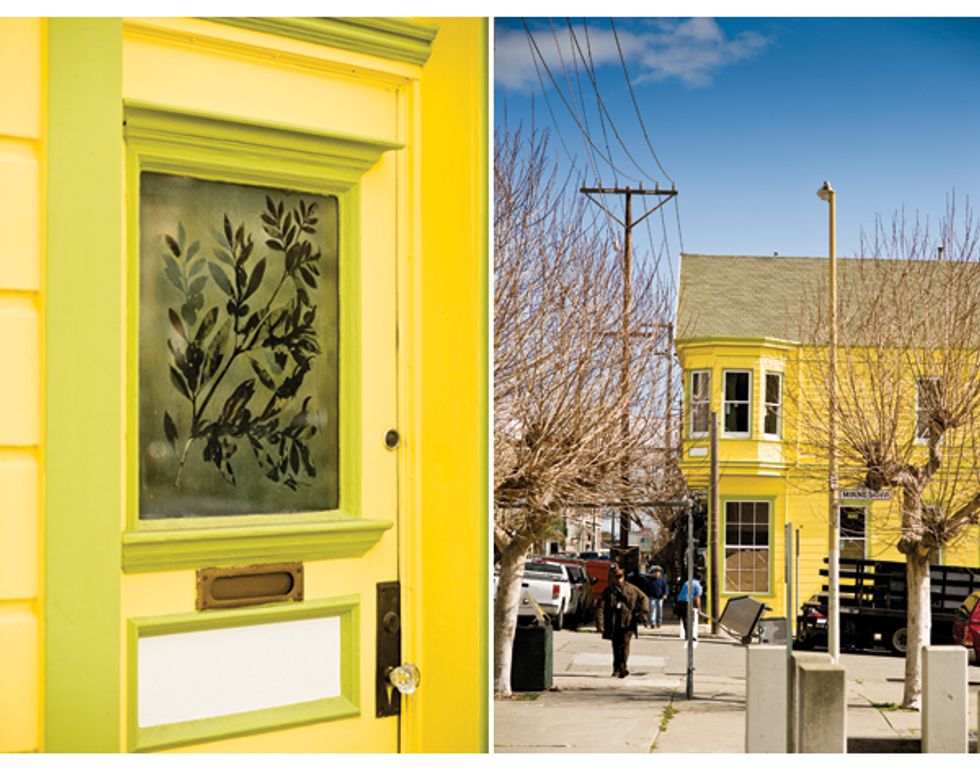 The weathered warehouses and converted loft spaces, remnants of San Francisco's industrial heyday of the late-1800s, have made the Dogpatch neighborhood a natural draw to a growing number of designers, foodies and artists who have been flocking to what's been touted as the city's Bushwick-in-the-making.

Armed with a fresh coat of vibrant yellow paint, the aptly named Yellow Building, which opened in mid-March, will house a new outpost of Piccino and a branch of their famed Blue Bottle Coffee cafeÌ, MAC's second store and the specialty wine bar DIG. Moving to Dogpatch was a no-brainer, says Ben Ospital, who's always believed "foot traffic and expensive real estate should take a backseat to doing something that really excites people."

In addition to their signature, meticulously-curated selection of high-fashion and up-and-coming designer apparel (they sell everyone from Dries van Noten to Lanvin to SF designers Ryan Roberts and Serial Cultura), MAC's new location will feature made-to-measure workwear-inspired garb, as well as the reinstated Chez MAC home collection, with exclusive goods from locals: Boulette's Larder and surf-boutique Mollusk. "Dogpatch is such a creative neighborhood," says Ospital. "It is sort of the last bastion for people who make things in San Francisco."

To honor this, in June, the Yellow Building will partner with a local philanthropist to host a "Makers-in-Residence" program, which will invite designers and artists from all over to live and manufacture their products on the premises. "There's a sensibility and sense of tradition," when it comes to craft in San Francisco, says Ospital. But at the same time, "Let's move it forward."

â  THE YELLOW BUILDING IS LOCATED AT THE CORNER OF 22ND AND MINNESOTA STREETS IN SAN FRANCISCO.  â