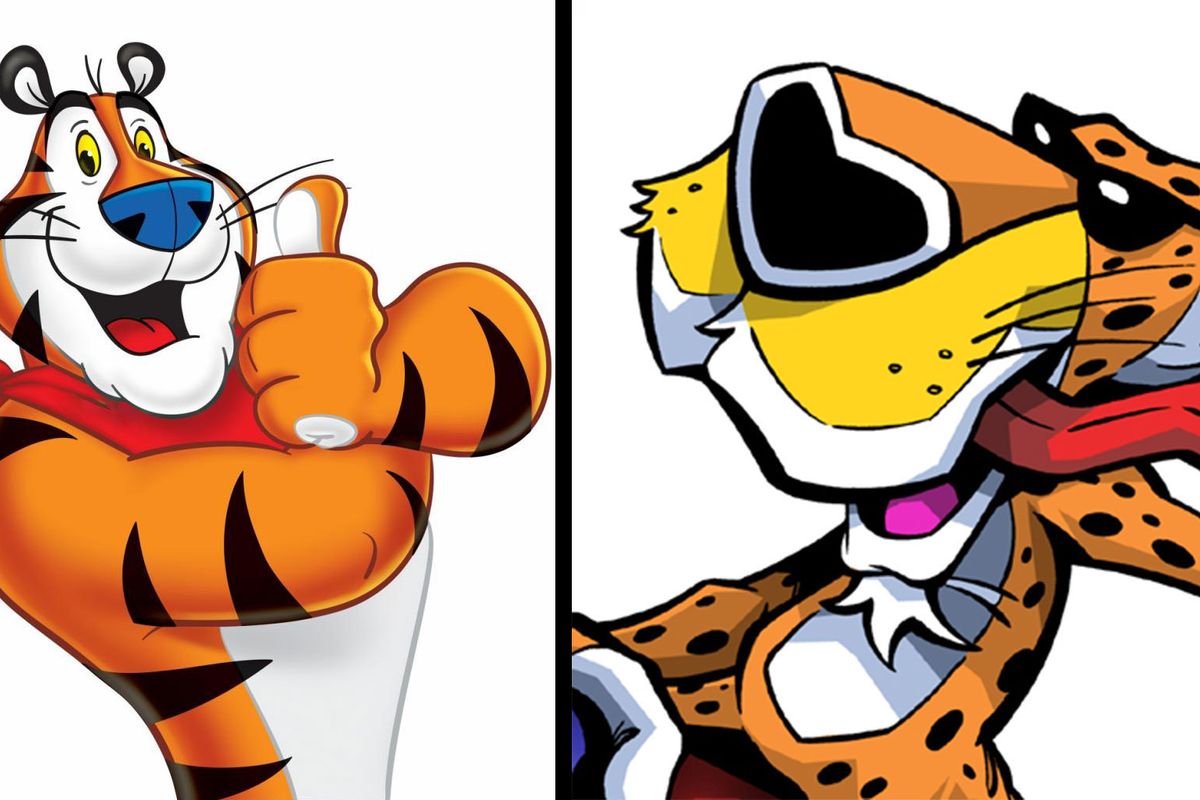 A Tale Of Two Mascots: How Furries Spurned By Tony The Tiger Are Being Embraced By Chester Cheetah

[Update: Looks like the Big T's responded in the most PR-y of ways -- still doesn't excuse the indiscriminant blocking, but OK.]


I'm all for showing your stripes, feathers, etc. But let's keep things gr-r-reat – & family-friendly if you could. Cubs could be watching 🙂
— Tony the Tiger (@realtonytiger) January 28, 2016

Gather round for today's trepid Twitter tale -- a story involving two anthropomorphic mascots for beloved corn-based products and the costume-centric subculture that was spurned by one and embraced by another. That's right, we're talking about the official accounts of Frosted Flakes' Tony the Tiger and Cheetos' Chester the Cheetah showing their true stripes, spots or whatever by responding to a few furries in very disparate ways.

For the uninitiated though, furries are a subculture specifically interested in human-like animals to the point where they enjoy dressing up in full-body animal suits, with some (but not all) members also showing interest in the sexual fetish aspects of donning these "fursuits." So, naturally, some of them would be into the well-muscled, broad-shouldered, bandana-wearing stud that is the Big T -- elevating him, in fact, to somewhat of an iconic universal crush within the community.

@The_H_Train it snowballed from there and became an inside joke among the fandom that we're all into Tony the Tiger.
— Mouse of Habsburg (@favoritemouse) January 26, 2016

And because it's the Internet, obviously you'll get a few loose cannons trying their luck in some extreme shows of affection.

So, okay. Definitely some questionable online behavior going on here that's perhaps worth a discretionary block or two from what's arguably a family-oriented account; however, what we can't get behind is Tony the Tiger resolving this quote-unquote problem by unceremoniously and indiscriminately blocking all furries -- regardless of whether they've been in contact or not. That's like if Drake blocked everyone over a few "daddies <3_<3", you know?

I don't even think I've ever tweeted at @realtonytiger, did they just go and block all furries? XD pic.twitter.com/4U2OXme82Y
— RAWRlie on the MTA (@KinielCat) January 26, 2016

Granted, the furries can a least count the folks over at Frito-Lay to some extent, as whoever's running the official Chester Cheetah account seems to be embracing their furry fanbase with open, orange arms.

i can't fucking handle this, tony the tiger blocked all the furries but chester cheetah is loving it pic.twitter.com/Sf0llpO0kb
— taizou (@taizou_hori) January 26, 2016

After all, it's reassuring that while known for always wearing his signature shades, at least Chester isn't a shady bitch on social. Puff us, please.