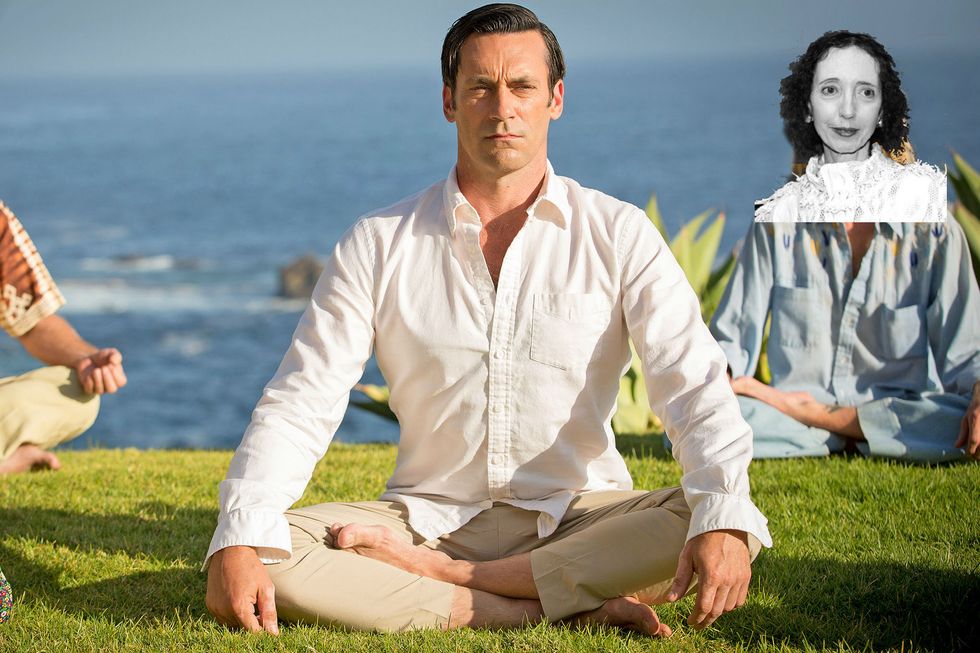 by Eric Thurm
PAPERMAG
After the Mad Men series finale aired, many, many, many, many critics weighed in with their opinions--was it good? was it bad? did Don make the Coke ad? did he not make the Coke ad? will we ever recap again?--but a surprise thinker joined the conversation on Twitter: novelist Joyce Carol Oates, notorious for being very, very bad at social media, including vaguely coherent, casual disdain for Muslims or awkward "witty" comments about cats. With such a bright past, there are sure to be some gems in this extended Mad Men take (a genre already fraught with danger and potential stupidity). Let's move through the opinions of Joyce Carol Oates, TV critic:

Advantage of TV picaresque structure: viewers get to "know" fictitious characters as if "real." Disadvantage: contrivance all too evident.