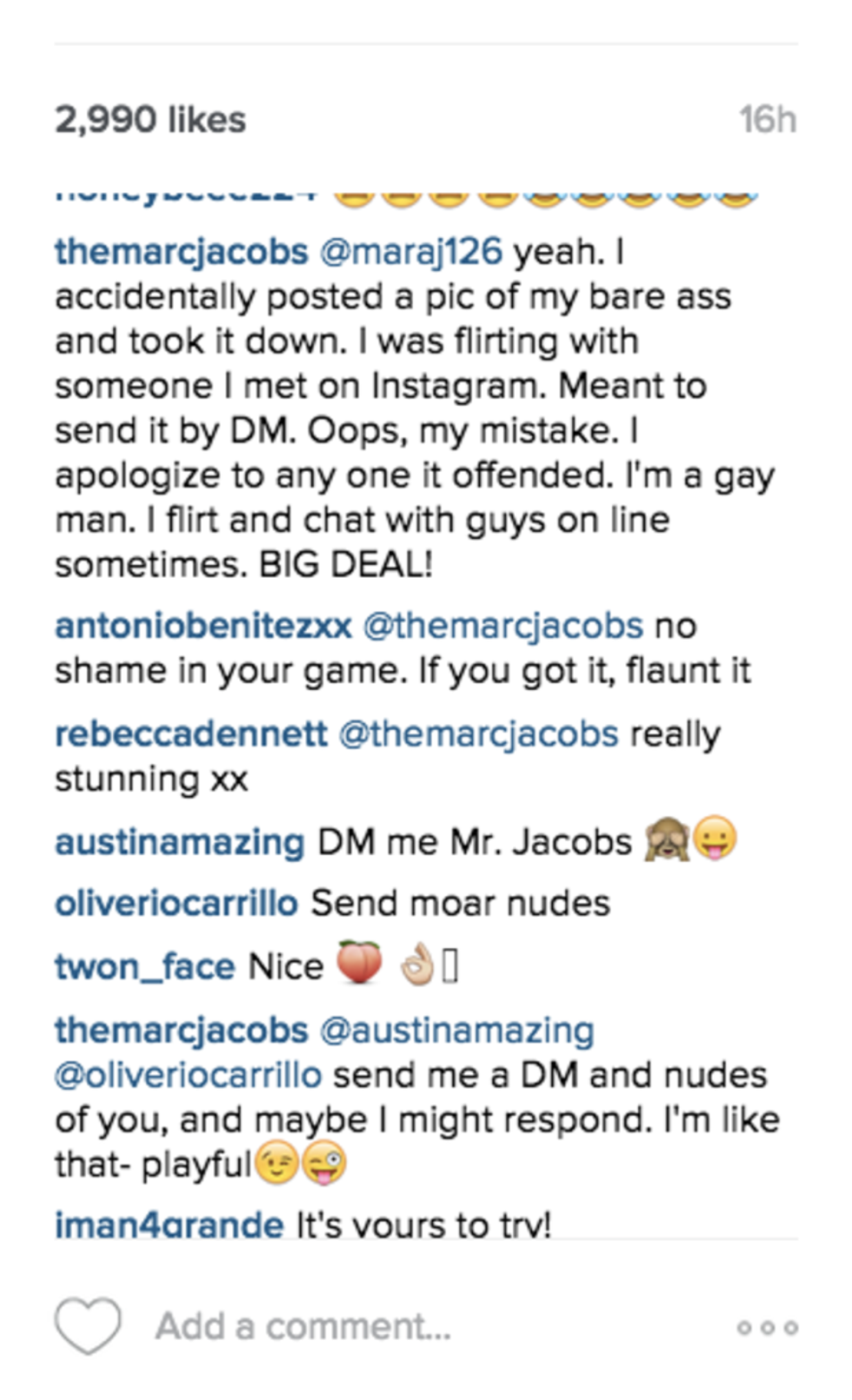 A Round of Applause for Marc Jacobs's Nude Instagram Response

by Sandra Song
PAPERMAG
photo by Richard Phibbs
So by now you've probably heard that fashion designer Marc Jacobs accidentally Instagrammed his nude with the caption "It's yours to try!" yesterday. Because, Internet.
And while it was taken down quickly, it still managed to serve as the impetus for waaayyyy too many blog posts with buzzy headlines Ã  la "Marc Jacobs's Accidental Nude Instagram Will Live Forever on the Internet" and "Marc Jacobs NAKED sext fail"...Which is kind of dumb considering that there are far bigger issues re: celebrity bodies that we should be talking about (i.e. that objectifying, quote-lite thirst profile on Kim K). Besides, last time I checked, Jacobs, an openly gay, single and consenting adult who should be able to send sexy pics to whomever he pleases, has already gone on the record about his Grindr forays. So why does anyone care???
A round of applause for Jacobs though, who took it all in stride. Returning to Instagram to talk about his snafu, he shuts down the haters in the best way possible -- by unapologetically saying, "Yeah. I accidentally posted a pic of my bare ass and took it down. I was flirting with someone I met on Instagram. Meant to send it by DM. Oops, my mistake. I apologize to anyone it offended. I'm a gay man. I flirt and chat with guys online sometimes. BIG DEAL!"
Can't he enjoy the slammin' bod he worked hard for and deserves? Especially when he feels like he's "finally comfortable" with his body for the first time in his life? All we can say is, hell yeah, Marc. If our bodies were also 8 percent body fat, we'd sure as hell be snapping nudes left and right, too. Damn.
[h/t Dazed and Confused]