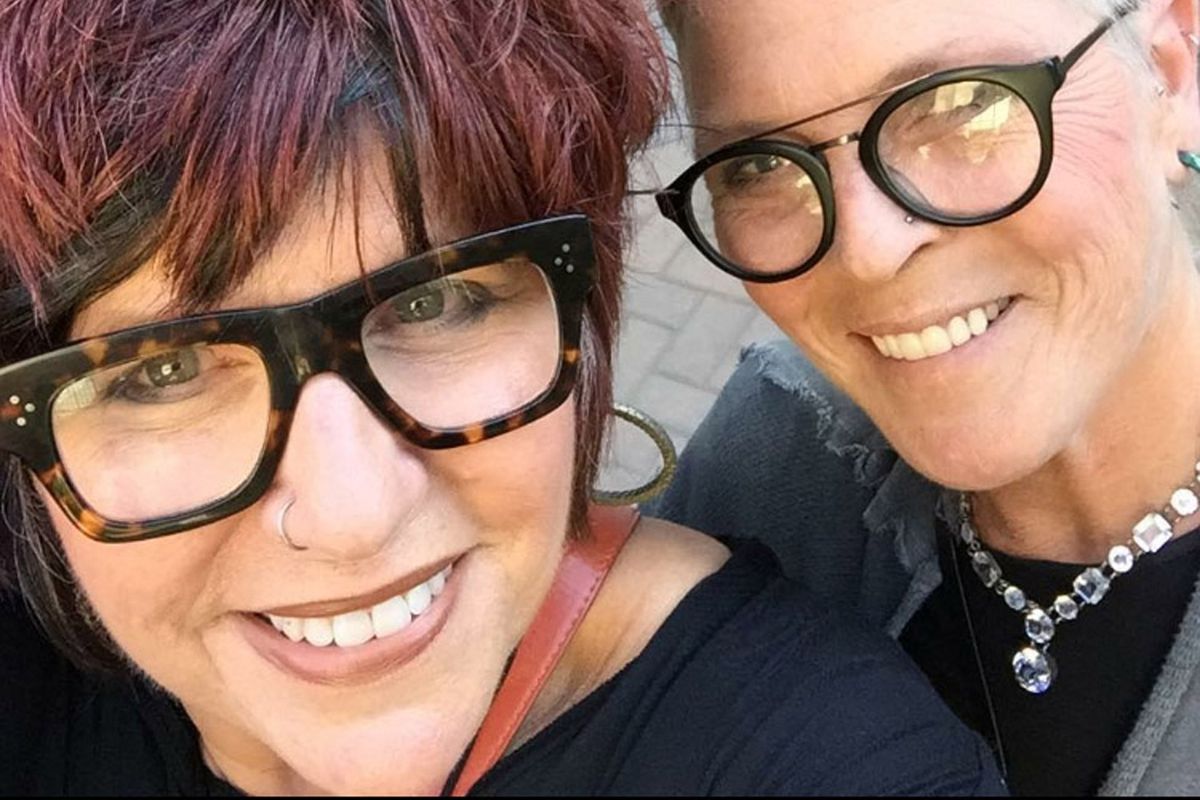 When Allison Baldwin and Ilene Mitnick met at their corporate jobs in 1995, they would have described themselves as "close colleagues." Now, more than 20 years later, as the owners of Roux bed and breakfast in Provincetown, they would still say the same. But now, the businessowners also tack on "wife" to that descriptor.

"The energy was palpable," the two say of their meeting in an email. "Pure creative abrasion. It was that intellectual, highly creative work energy that lead to what would become a very powerful, beautiful and exciting relationship years later."

In fact, it was seven years after they first met that Baldwin and Mitnick started that relationship. In 2006, they entered into a civil union and married in 2009, all the while "plotting their escape" from corporate life. And it came two and half years ago, when, with the goal in mind of working together again, they opened Roux.

"We knew we wanted to work together again," the two wrote. "We had with one requirement — the work had to be joyful."

And when the couple made the jump to open Roux, it was a decision they say they knew they were ready for. But that transition didn't come without work from those corporate years–a prep period of sorts for what it would mean to own and operate a small business.

"We knew we were genetically-wired to own and operate a business that was about curating the guest experience," they say. "We had spent decades in retail, hospitality and marketing, so we had the right stuff to build our own special niche business. We love to create in the kitchen, entertain and garden. We get intoxicated by the details that make a home sing and we love to host parties. So we decided to host an on-going sleepover party for friends we hadn't met yet."

When they did get to know the people of Provincetown, the couple says it was then that they knew this town was their home. They were captivated by the history, food, and galleries that line the streets of the beachside town. And they say their town attracts an eclectic crowd unlike any other—especially one so open to people of all genders and sexualities.

As queer female Provincetown residents, the couple hopes for more queer women to adorn the streets of Provincetown – year round. To that end, they are producing Bride Pride, the world's largest all-women wedding and renewal ceremony. Queer women couples from all over the world will come to the event, which will take place on October 15, 2016 during the height of Provincetown's 32nd Women's Week Festival.

Comic, LGBTQ icon, and part-time Provincetown resident Kate Clinton will officiate ceremonies. And—here's the deal—if more than 100 couples are married that day, Mitnick and Baldwin say the event will earn Guinness Book of World Records distinction. Regardless, Bride Pride will make a donation to GLAD to honor the organization for all the work they've done to help same-sex couples as they make commitments to each other and continue to do to help same-sex couples have the right to marry.

Bride Pride is just the kind of event that fits in with Baldwin and Mitnick's vision for Roux; they hope to give other couples the same intimate experience they've had in their life together so far, even if just for a weekend at a Cape Cod bed and breakfast.

"Now, our focus is turned to becoming top of mind for same sex elopements for women; hosting shoulder-season Chef—led food events; and continuing to tell a unique story year-round to promote Roux, as well as Provincetown," they say.

And getting more women to Provincetown is another important cause for the couple, who want to see representation of all queer couples in their town. They want Provincetown to be a top destination for women year-round, not just during special events.

And the two business owners are well on their way to making that goal come to fruition; during their first two years in business, they were awarded Best of Boston - Best Inn - Cape Cod, 2016 and 2015 consecutively. They know their relationship—and what they've created together—is special.

"We're both Aries. Both alphas. You figure it out, but we lovingly call it creative abrasion."