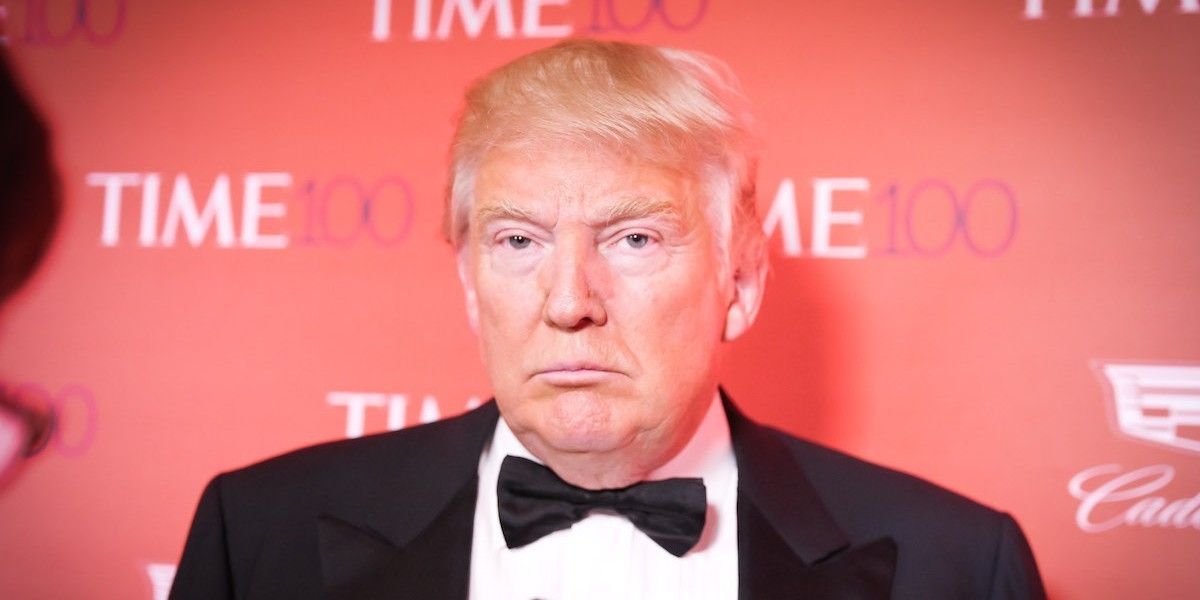 At this morning's press conference, yoga teacher Karena Virginia detailed an encounter outside of the 1998 U.S. Open that she had with national nightmare, Donald Trump. According to Virginia, she was waiting for a car to pick her up outside of the venue, when Trump, a stranger to her, approached:

"He then walked up to me and reached his right arm and grabbed my right arm. Then his hand touched the right inside of my breast. I was in shock. I flinched. 'Don't you know who I am. Don't you know who I am,' That's what he said to me. I felt intimidated and I felt powerless. Then my car pulled up and I got in. After I closed the door, my shocked turned to shame. I felt ashamed that I was wearing a short dress and high heels. That feeling of shame stayed with me for a while and it made me disinclined to wear short dresses or high heels. For a number of years afterwards, I struggled with what to wear so as to not attract unwanted attention."

At the time of this incident, Virginia was 27 and Donald Trump was 52. She is not pursuing charges, but said rather that she wanted to "add her voice to that of all the other Trump accusers." She continued:

"I am here today to add my voice to that of the other Trump accusers. I am here to stand up to Mr. Trump for myself, my family, particularly my daughter, and for all the women who deserve to be respected and not subjected by sexual abuse or groped by powerful men who believe that women can be groped, grabbed or kissed at their pleasure."

Her attorney Gloria Allred that this case was significant. because it revealed the randomness of Trump's selection of victims, and that Virginia's attack occurred "strictly by chance."

While America was getting drunker and drunker after the final presidential debates, screeching "Bad Hombre?!" into the night, attorney Gloria Allred made the announcement that a new victim of Trump's unwanted sexual advances would be coming forward with her story. Trump has denied all nine allegations of unwanted sexual advances that have piled up since the release of his infamous 2005 Access Hollywood tape, and gone out of his way to insult and degrade his accusers.

Allred will hold a press conference with this woman at The London Hotel in New York at 11am EST. We will update this post accordingly. If your ears started bleeding when Trump claimed last night that "nobody has more respect for women" than he does, then you will not want to miss this coup de grace.