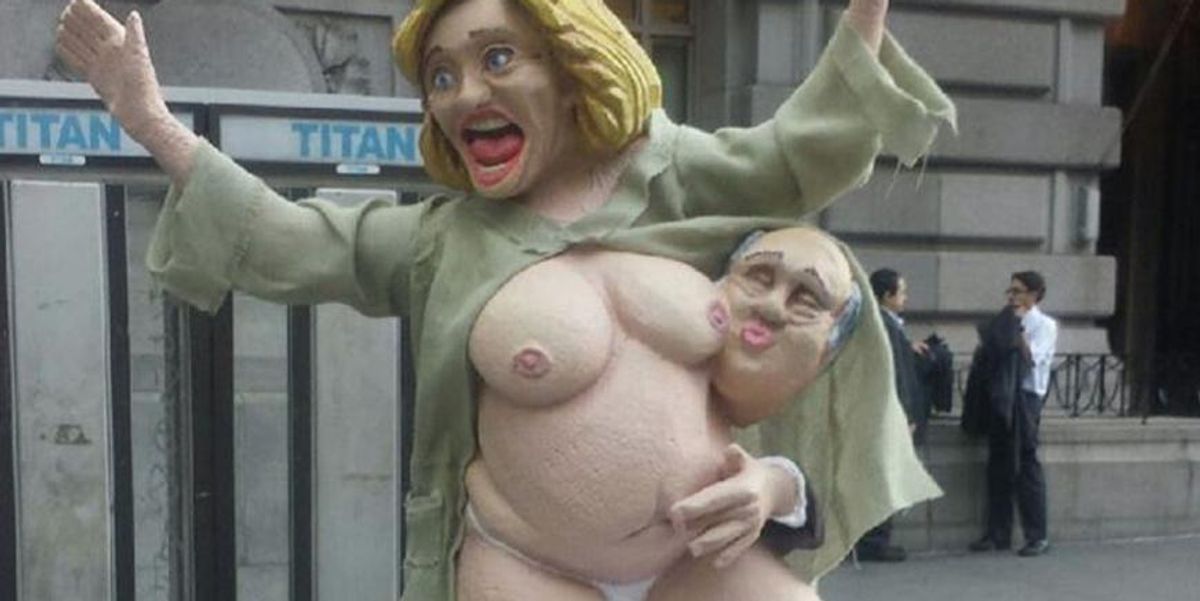 A Naked Hillary Clinton Statue Was Erected In Manhattan This Morning

With just a few more weeks until the Presidential Election, an artist named Anthony Scioli erected a naked statue of Hillary Clinton outside of the Bowling Green subway station this morning -- as if we didn't have enough of a body-shaming shit show with August's unfortunate Naked Trump pieces.

As the Daily News reports, this particular work depicts Clinton as a nude, large-breasted half-beast with hooves being felt up by what looks to be a lecherous Wall Street banker. She seems to be stepping on Benghazi and her cache of infamous deleted emails.

The statue apparently remained up for almost 3 hours before a woman named Nancy, who works at the National Museum of the American Indian nearby, knocked it over and called it "obscene." She then reportedly engaged in a back-and-forth with the artist and, at one point, sat on the statue to prevent Scioli from propping it back up, as seen in the video below.

At 8:30 a.m., the statue was removed by the NYPD's counterterrorism unit for not having a permit.