In case you didn't know, it's Michelangelo's birthday today! That seems deeply appropriate given all of the unusual, weird or cool stuff that happened in the art world today. 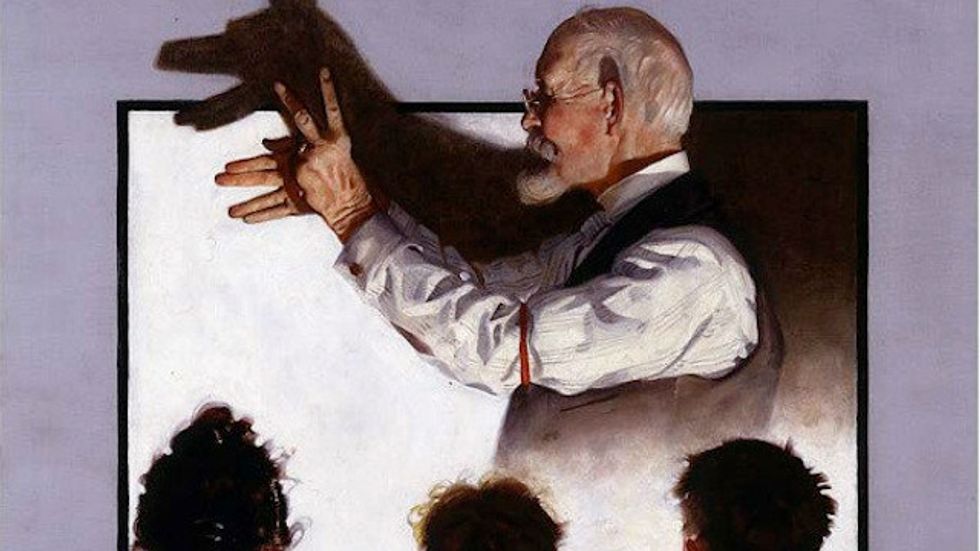 1.  George Lucas wants to build an art museum exploring "cultural fantasy," with digital design and movie animation playing a big role in its permanent collection. He told CBS This Morning that he's making the museum for a "world of young people who need to be inspired." [via Gawker] 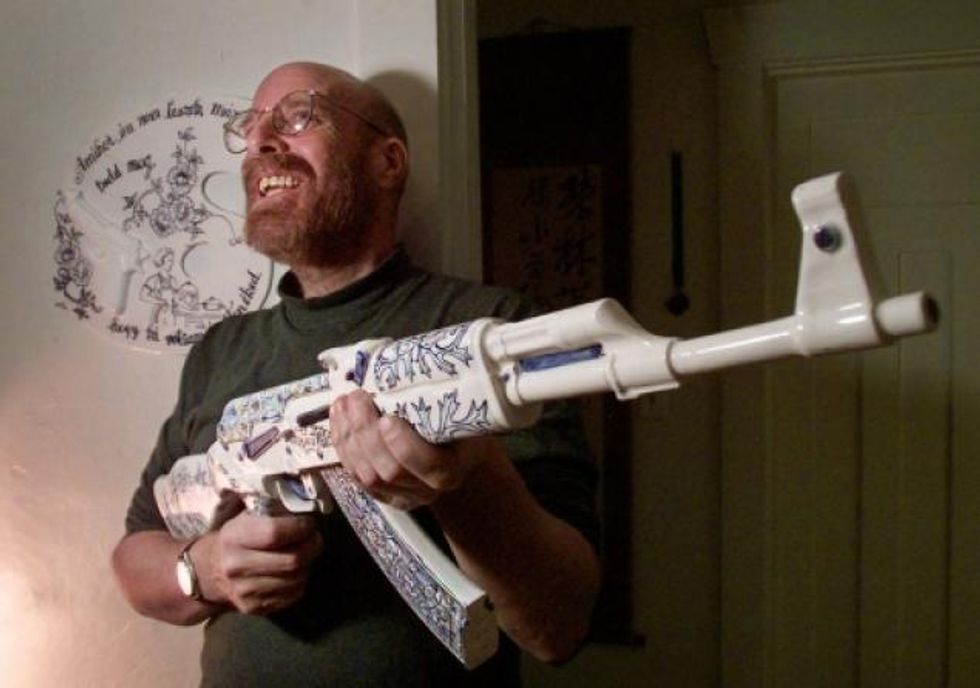 2.  Renowned Seattle artist Charles Krafft -- whose porcelain renditions of Eastern European WWII weapons have always been interpreted as ironic -- admitted to being a white supremacist and Holocaust skeptic. In an email, he told New York Daily News that "I arrived at my controversial opinions on race and WWII history only relatively recently" after "deep research." His work is currently in galleries and museums across the country. 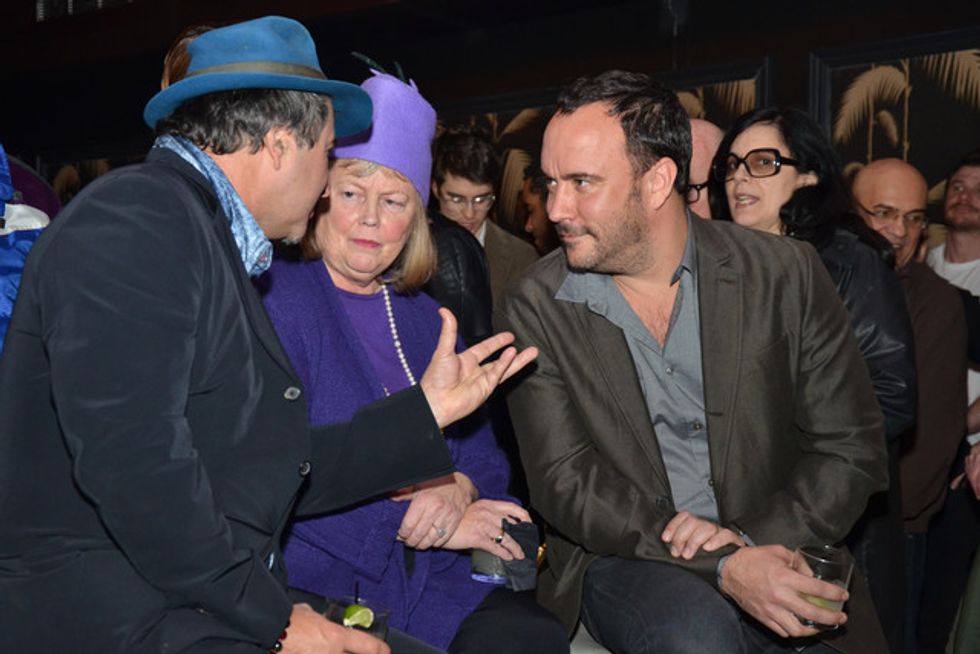 3.  Dave Matthews has a new art piece out -- he walked around Manhattan with his iPhone recording artist Beezy Bailey in a fat suit. The film, and 28 silkscreens from it, will be on display tonight at Robert Miller Gallery. Here are Beezy, Alanna Heiss of P.S.1, and Dave hangin' out and talking about the project at No. 8 last night. [via Bloomberg] 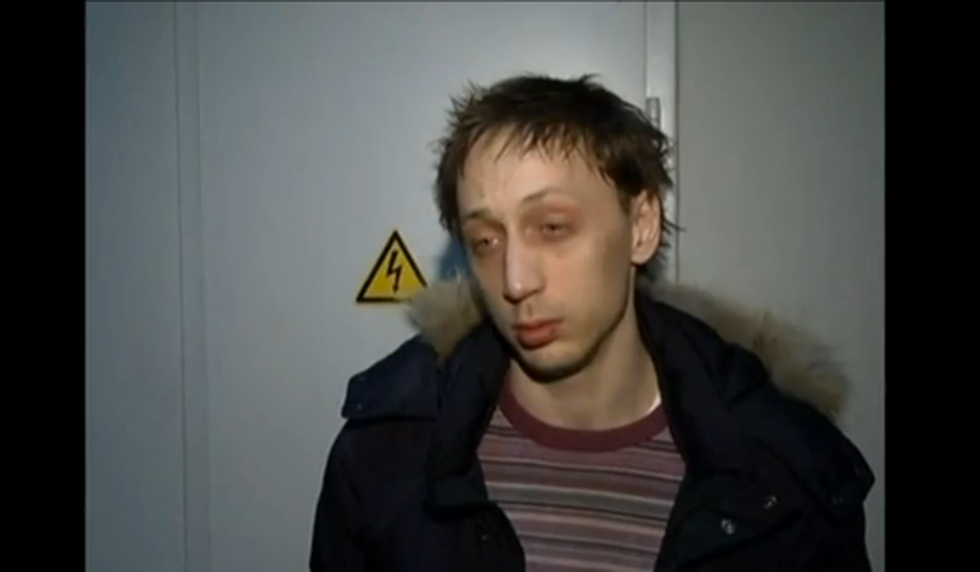 4.  Russian ballet star Pavel Dmitrichenko admitted to organizing the attack on the Bolshoi Theater creative director Sergei Filin. (Dmitrichenko hired three men to throw hot sulfuric acid in Filin's face.) The leading theory is that Dmitrichenko was angry that his girlfriend was not getting good roles in the company. [via HuffPo Arts] 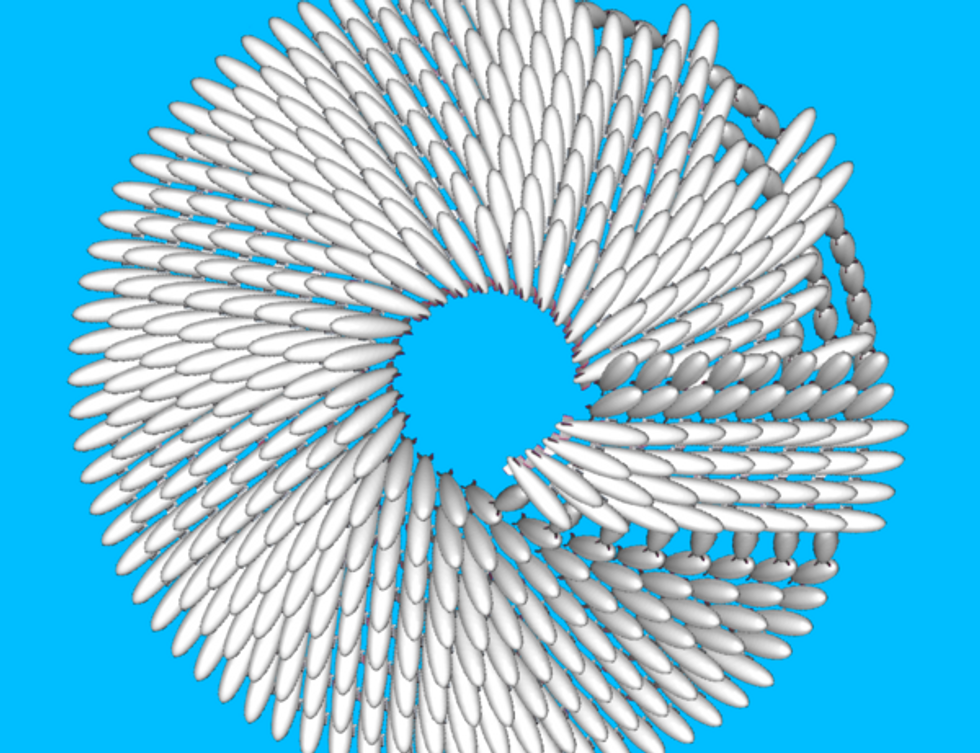 5.  There'll be a new installation of large-scale animated GIFs by Evan Roth commissioned by the Museum of the Moving Image. The installation is called A Tribute to Heather and will be in the lobby through June 30th. [via Press Release]

6.  Large-scale LED artist Leo Villareal will be turning the Bay Bridge into a giant LED light installation by wiring 25,000 lights along its structure. The diodes will form continuously changing patterns that will either move across its span or move up and down its supports. Luckily it will be in place from dusk to 2a.m. for two years, so there's plenty of time to see it. [via NPR] 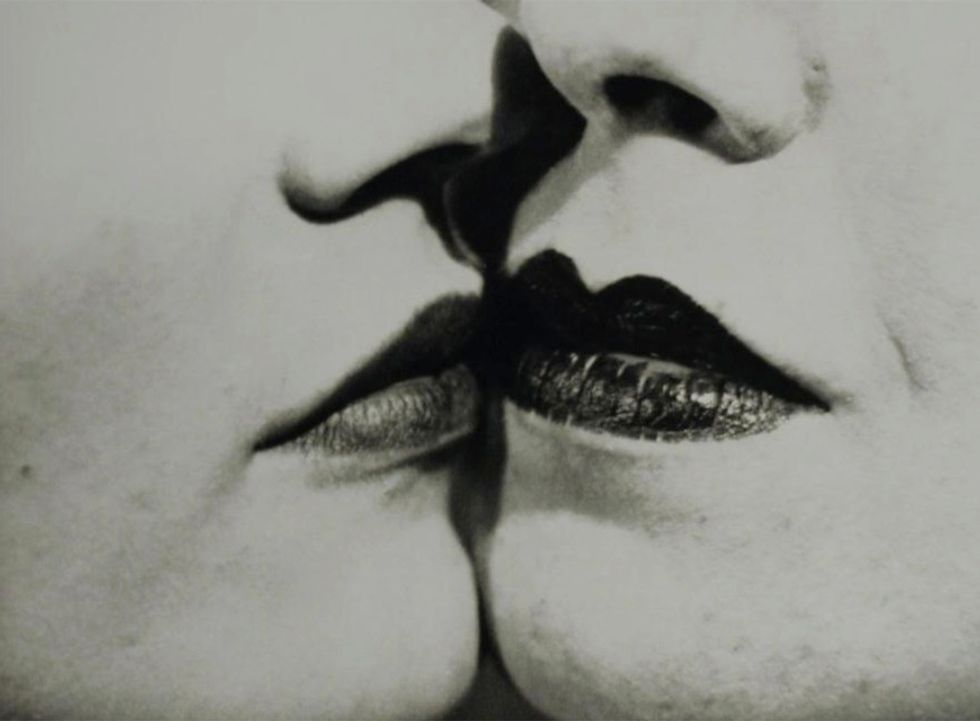 7.  An extremely rare private collection of Man Ray prints -- including rarely seen portraits of Picasso, Braque, James Joyce and Hemingway -- is on display at ATLAS Gallery in London until March 30th. [via Art Daily] 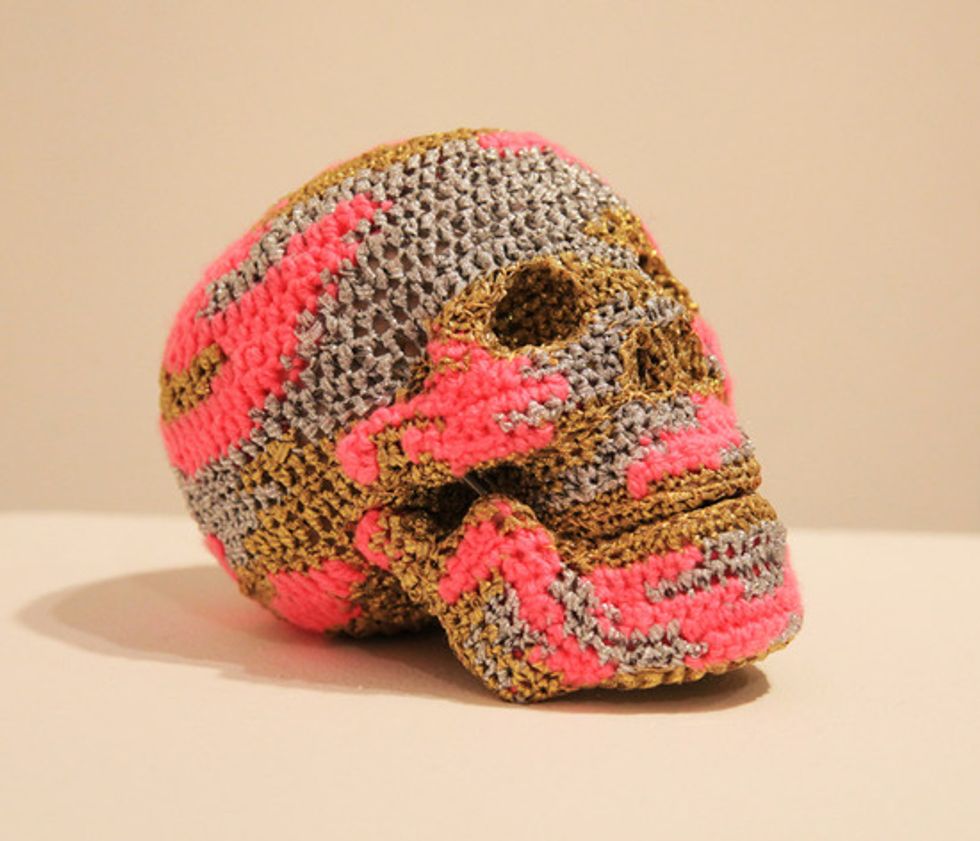 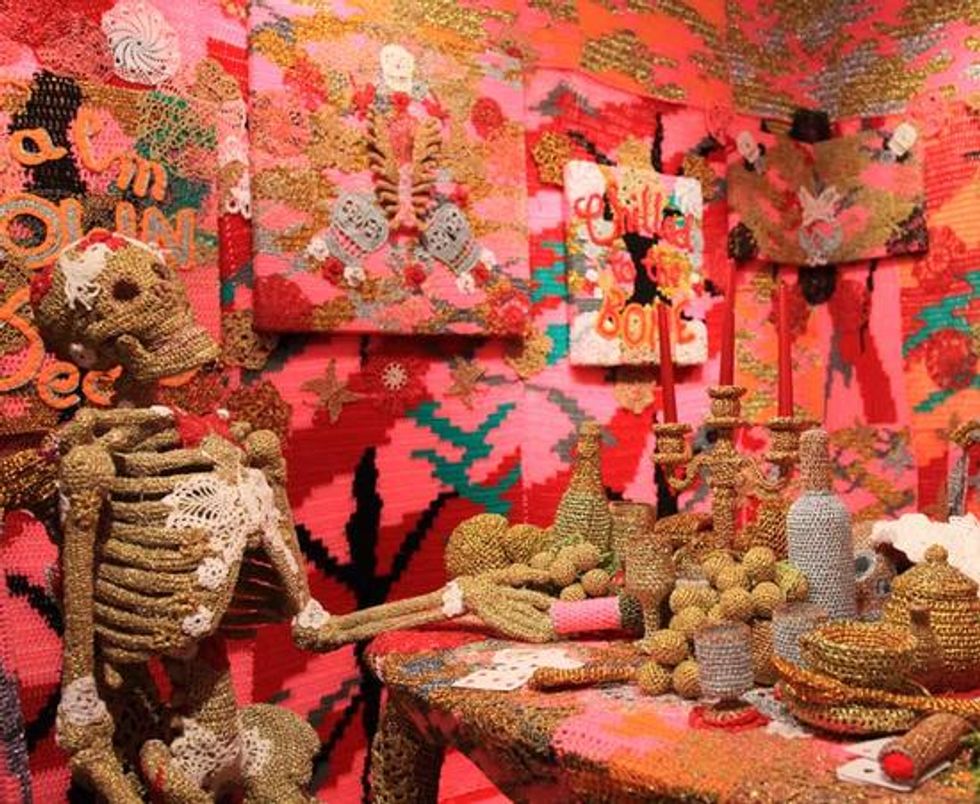 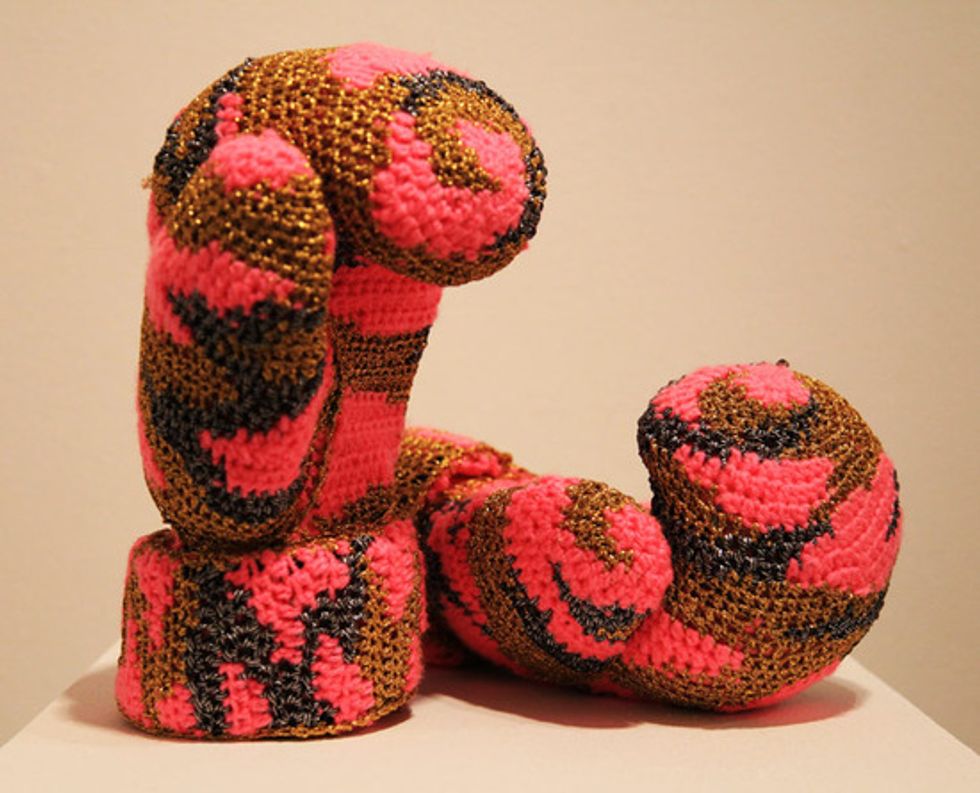 8.  Everyone should check out crochet street artist OLEK's knitted sculpture show "The End Is Far" at Jonathan Levine Gallery. It's pretty damn cool. [via HuffPo Arts]