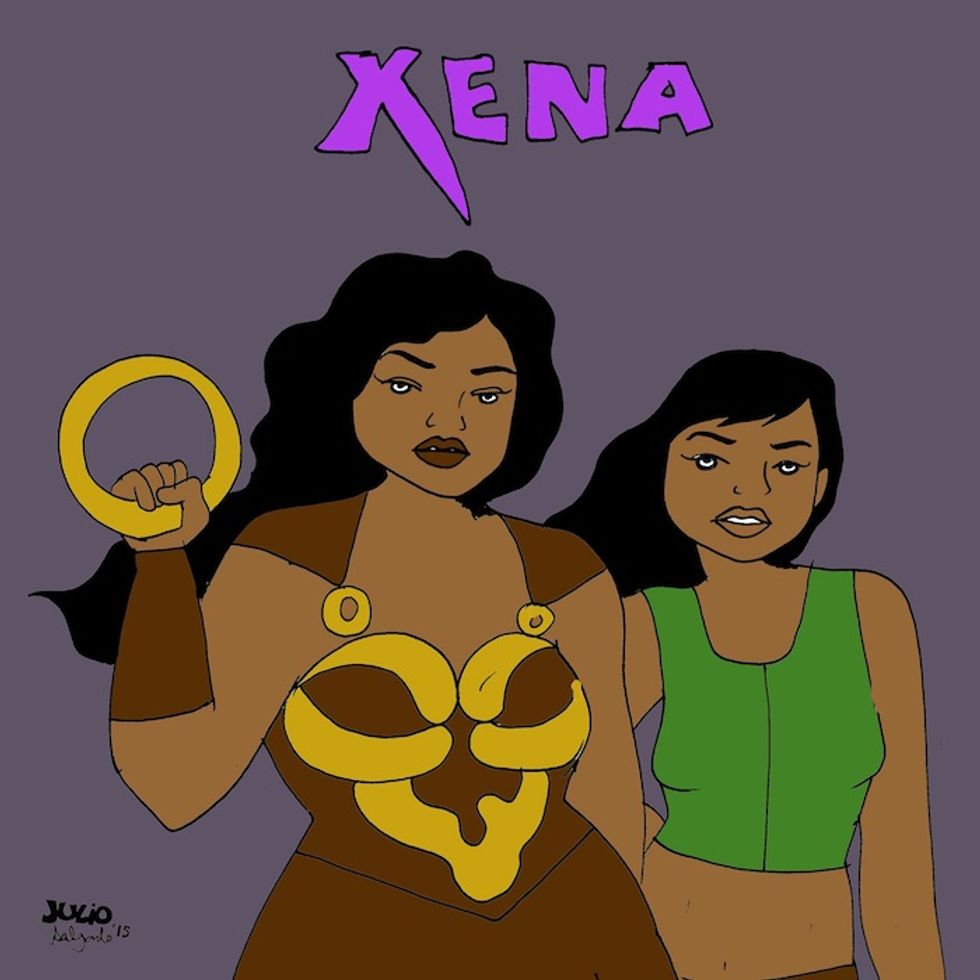 By Sandra Song
PAPERMAG
"Grace is a Korean-American fashion designer living in San Francisco with her best friend Will, a black gay immigration lawyer."
In the wake of the #BoycottStarWarsVII backlash and the renewal of Gilmore Girls, artist Julio Salgado created a series of illustrations that reimagine what classic (all-white) television shows would look like with more, ahem, colorful casts.
Giving them a much-needed makeover, the series is a refreshing chance to alter the whitecentric narrative of most media. Imbuing each of these with alternative narratives, he breathes new life into each of the shows, doing everything from setting Friends in Oakland to making the cast of Full House a Filipino family in Daly City to keeping Wilson Cruz as Rickie in My So Called Life.
"Why were we obsessed with a bunch of white people hanging out at a coffee shop?" he wrote in the Facebook post introducing his work. "Well, they were very well developed characters whose (mostly white) creators were given a chance to create."
Adding to the end of his post, that the images are "not meant to forget about POC shows," he clarifies that it's a general critique of media culture in this day and era. "My intention here is to be confrontational," he said. "And turn popular white characters into POC characters."
Check out the illustrations below and get acquainted with Salgado's new backstories.
"My version of Gilmore Girls is based on my mom and sister. When we first moved to the U.S. and my sister became really ill, my mom gave her one of her kidneys. That's a bond that they will cherish for their rest of their lives."
"This Full House is a Filipino family and it's set in Daly City. The oldest daughter is undocumented and the youngest two were born in the U.S. Also, uncle Jesse is queer."
"My version of Friends is set in Oakland. They are mostly college students of color that met at a multicultural center. You'll see them at protests and rolling deep at First Fridays rolling their eyes at white people taking up too much space."
"These are the Sex and the City girls I'd be friends with!"
"Jordan and Angela are two young Muslim teenagers who must deal with love and Islamophobia in the U.S. Wilson Cruz comes back as Rickie."
"Xena and Gabrielle are two Native women who must face off white colonizers."
"This Roseanne is made up of a Mexican family living in Huntington Park."
"This version of Golden Girls is all about social justice and it stars Miss Major Griffin-Gracy, Angela Davis, Dolores Huerta and Grace Lee Boggs...may she rest in power."
You May Also Like
Music