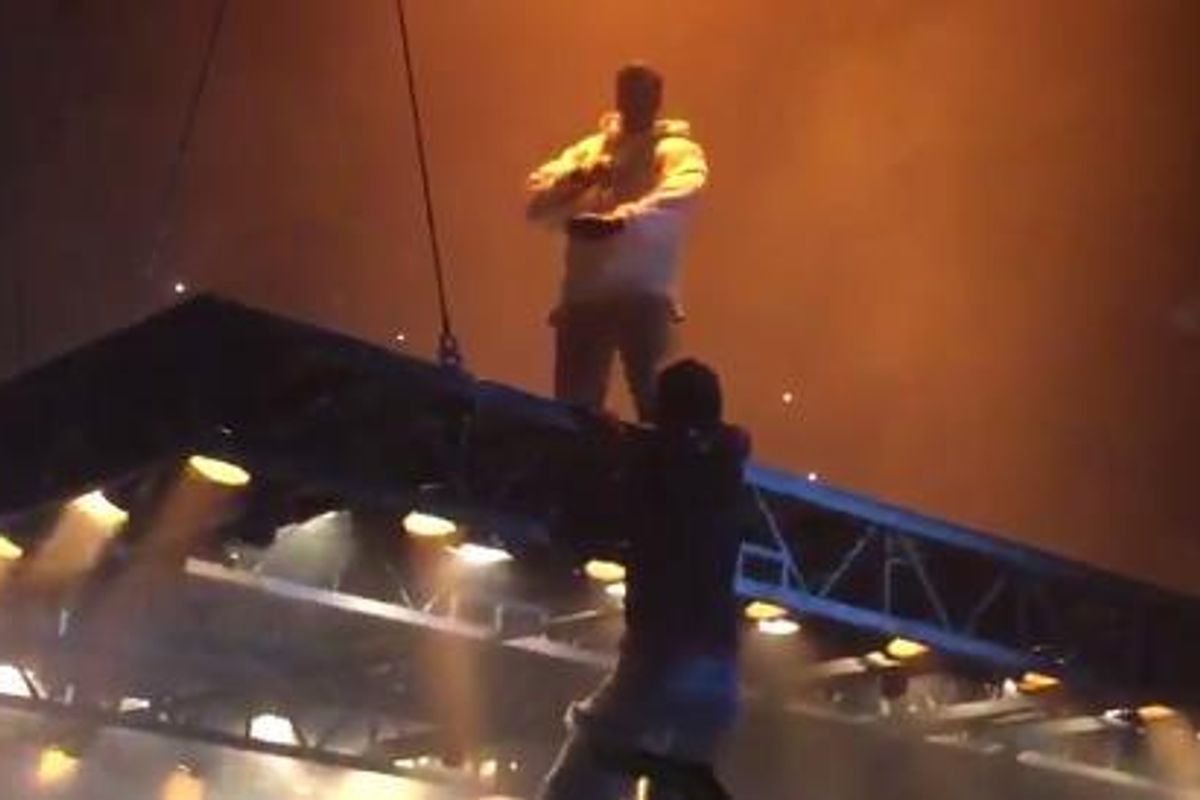 Last night, Kanye West took his infamous floating platform to Atlanta's Philips Arena as part of his Saint Pablo tour. However, one brave fan decided to take his stanning to the literal next level by climbing onto the suspended stage mid-performance of "Power".

Ye, for one, was not impressed, and with one, swift "cut it" gesture, made the clinger-on drop off...for what honestly looked like a pretty steep fall. Yikes. Check out some crowdshot footage below to see this mere mortal's attempt to touch Yeezus.

Nigga tried to climb up the platform.. Ye ain't having it 😭😭😭#saintpablotour pic.twitter.com/rfRbKklZ2p
— Mame, like mommy. (@heyMame) September 13, 2016

"Tyga this is not the time nor place" pic.twitter.com/Y9OnEMHELl