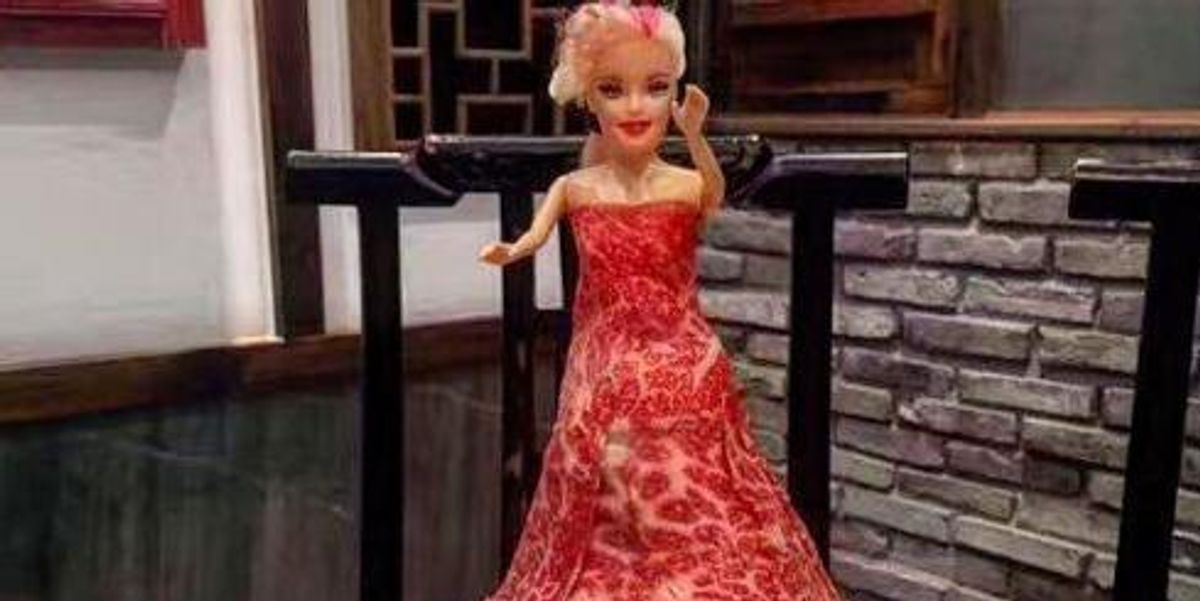 Lady Gaga's legendary meat dress has just inspired a brand new dish at a restaurant in China that looks like it's going to corner the market on pop culture-oriented hot pot.

That's right, apparently a more affordable version of Gaga's Franc Ferdinand original (in lamb) has made its way to your tableside to be consumed. "The idea is that you'll peel the layers of meat off of the doll to put into the hotpot," RocketNews explained. "As you do, the doll's body will become more and more exposed with each slice removed." However, the outlet also notes that some aren't too happy about the gimmick, calling the sexist and unhygienic.

Either way, please refrain from yet another haute pot joke.