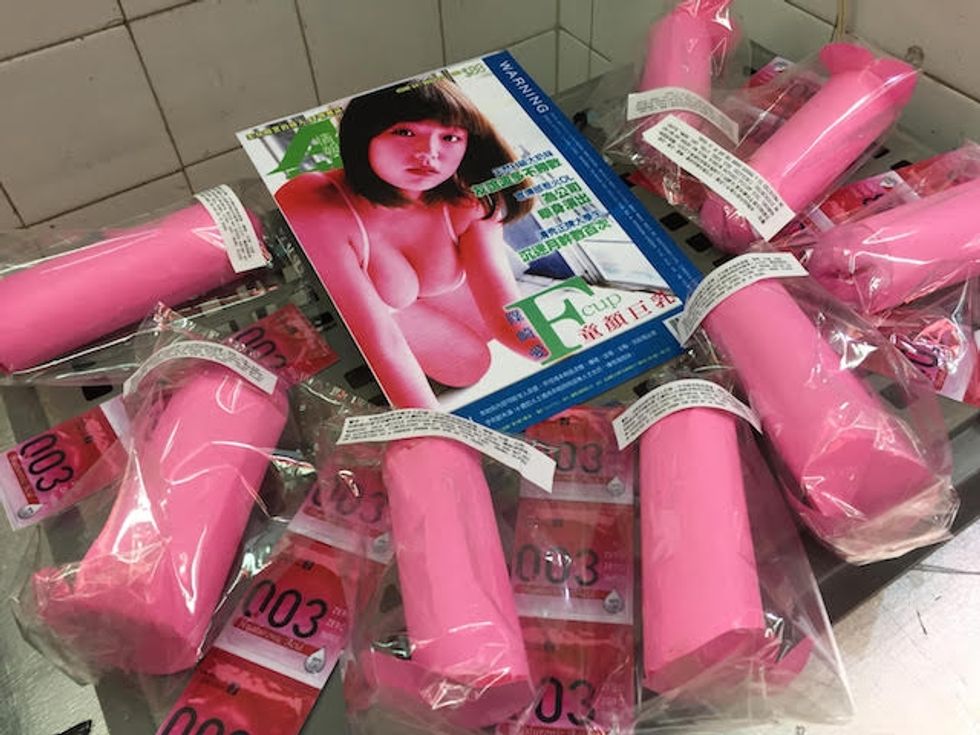 by Sandra Song
PAPERMAG
photos via Ip Wai Lung
Buddhist-Tao mysticism has a long history of burning paper sacrifices for deceased ancestors, and a controversial Hong Kong artist has completely turned the tradition on its head by burning paper sex toy for them.
According to Buddhist belief, ancestors can receive offerings because they become "real objects" once they're burnt into the spirit world -- so artist Ip Wai Lung took this idea to the next extreme by creating and subsequently destroying paper dildos, fleshlights and more, in order to ask if the dead also have desires.
Lung's actions are even more poignant this time of year, as he chose to do this during The Hungry Ghost Festival, or the week that spirits come to the human realm to actively seek out food and offerings. Talking to The Creators Project about his motivations, Lung said "Really, what we burn is just a reflection of our own contemporary needs and wants...I made the sex toys because it was missing among all the paper offerings options. Look, if the logic of burning paper offerings is based on the desires we have now as human beings, why wouldn't we include sex? If ghosts have the desire for money, new technology, and clothes, they should have sexual desire too."
But there's also something to be said about the idea of sex being heavily repressed in Hong Kong, which is also what motivated Lung to create a work that "normalizes the act of sex."
"I have no perverse political agenda," he said. "I did though stick warning signs on the breasts and sexual organs of the paper objects, just to passively take the piss out of ordinary people who love sex but at the same time sneer at it."
[h/t The Creators Project]
You May Also Like
Famous People