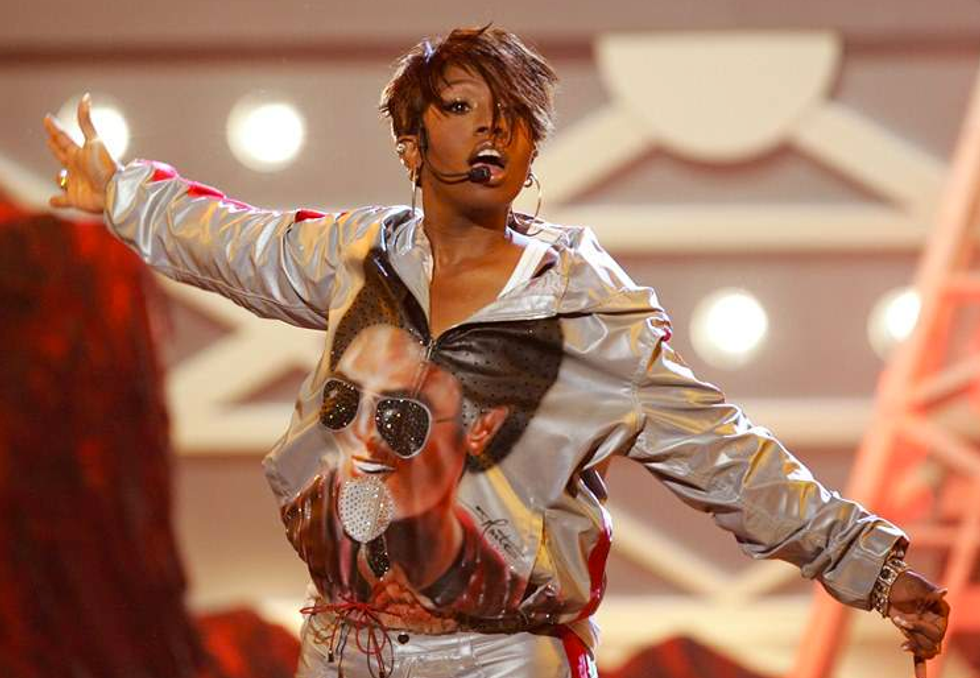 While Missy Elliott may have been flying under the radar for the past few years, she came back in a major way earlier this year during the Super Bowl halftime show, performing with Katy Perry and flaunting her trademark look -- the tracksuit. With her new stint as a judge on NBC's The Voice, we took a trip down memory lane to revisit some of her best looks that'd make Castro green with envy.

</div><br/> <b>"Work It" Video, 2002:</b> The avant tracksuit era. Missy's half-pant and half-short tracksuit feels <a href="http://www.papermag.com/2015/09/fashion_badass_designers.php">very Margiela</a>. And she totally worked it. <br/><br/><b>Super Bowl, 2015:</b> Okay, so this might technically be more of a jumpsuit but we're including it on this list because nothing looks better than a comeback on Missy. She showed off her moves alongside Katy Perry at the halftime show this year and reminded us what we've been missing out on all these years.  <br/><div><br/></div><div><br/></div>