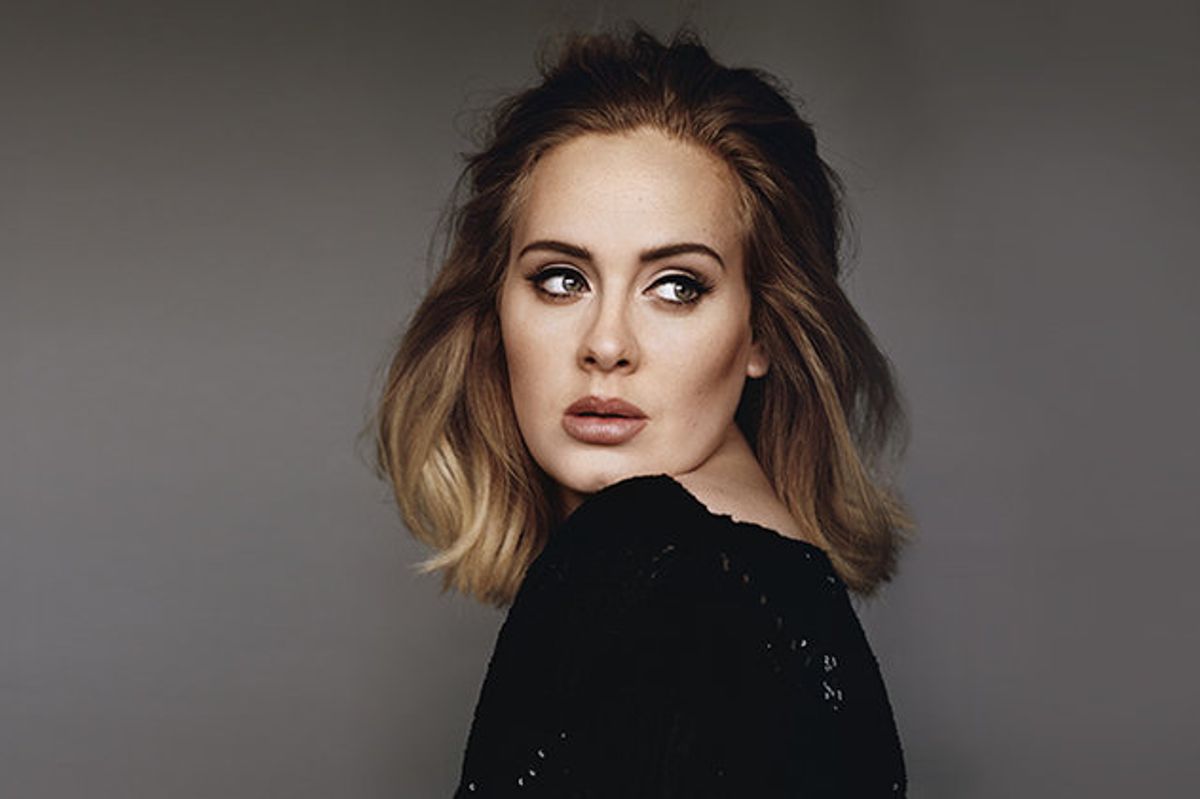 A Guide to Adele's Delightful Fan Interactions on Her 25 Tour

Adele is an award-winning queen with a next-level voice, but she's also a woman of the people, whether she's sharing her bowel movements or raising a ruckus in a Jamba Juice. Her 25 tour kicked off on Leap Day in Ireland, and it has been a non-stop charm offensive since day one, where she helped a woman pop the question to her boyfriend. Here, a guide to the many ways Adele has been aggressively nice to her fans while on the road.

Given how much love features in Adele's discography, it's not terrifically surprising that there have been two engagements so far at her concerts (one of which she facilitated).

The first was on her tour's opening night in Belfast, and as it was Leap Day, Adele asked the audience if there was anyone who wanted to take the chance to make a very public traditional Leap Day proposal, where the woman gets down on one knee. A young woman volunteered, telling the singer that she'd popped the question to her boyfriend earlier and he'd said "maybe in a little while." Well, Adele was having none of that, leading the audience in a rousing cheer of "Come on, Neil." He said yes (how could you say no?), and Adele promptly invited herself to their wedding.

The second came last night at her London show. As Adele sang "Make You Feel My Love," she spotted a proposal in progress and paused her singing to point it out. At the end she demanded they came up onstage and grilled them for the details. "How'd you hear him over me wailing away?" she asked. The couple had been together twelve and a half years, and "Make You Feel My Love" is their song.


Turning the Mic Over


Singing to gigantic sold-out crowds is hard work and rough on the voice--Adele even has her own tea on stage with her every night. Naturally she wants to take a break every now and again, and who better to throw the job to than her fan.

Fans Ronan Scolard and Glenn Murphy had made a viral YouTube video of themselves performing a medley of Adele's songs, including "Someone Like You" and "Hello," that made the singer cry when she saw it. So in Dublin, she surprised the duo by bringing them up onstage and asking them to perform it at a piano and mic she had set-up especially for them.

On her second Manchester night, she spotted a fan banner in the crowd which read "It's my dream to sing with Adele." The holder was Emily Tammam, a 12-year-old who has autism, ADHD, and Ehlers-Danlos syndrome type three. She came on stage and launched into "Someone Like You," with Adele eventually joining in.

For fans who can't make their way on to the stage, there's always another option for getting some Adele shine. Namely, getting a photo with her. During one of Adele's chats with the audience, fan Kerry Scott asked the singer if they could take a selfie together. While she couldn't make it over to her, Adele instead posed in the background of Kerry's selfie, effectively photobombing her. And to top it off, she told Kerry her hair looked great.

Adele holds up her sell-out crowd to photobomb a superfan who didn't know she was posing https://t.co/21s4jOSnPG pic.twitter.com/Qh4NnJYy8m
— Alana Lucy (@newswork24) March 9, 2016

During one of her Manchester nights, she announced that she was dedicating a song to all the mothers out there. A fan (and soon to be mother) called out and asked if she'd announce her 11-weeks-old pregnancy for her. "You want me to do that?" she said, sounding genuinely shocked and pleased. "Oh my god. A lot of pressure!" As the couple filmed, she gave announced the baby and wished them good luck.

Not every moment of fan-appreciation comes mid-performance. While in Belfast, Adele learned that one of her biggest fans wouldn't be able to make her concert. 12-year-old Rebecca Gibney has cerebral palsy and epilepsy, and is unable to leave her bed, but loves to listen to Adele. The singer made a trip to visit Gibney at home and talk Frozen, and give some support to her parents.

Thank you so much @Adele for visiting the beautiful Rebecca in the Short Strand today. Made her & Tracy's year!! 👍🏼 pic.twitter.com/mIPnUTwdEy
— Niall Ó Donnghaile (@NiallSF) March 1, 2016