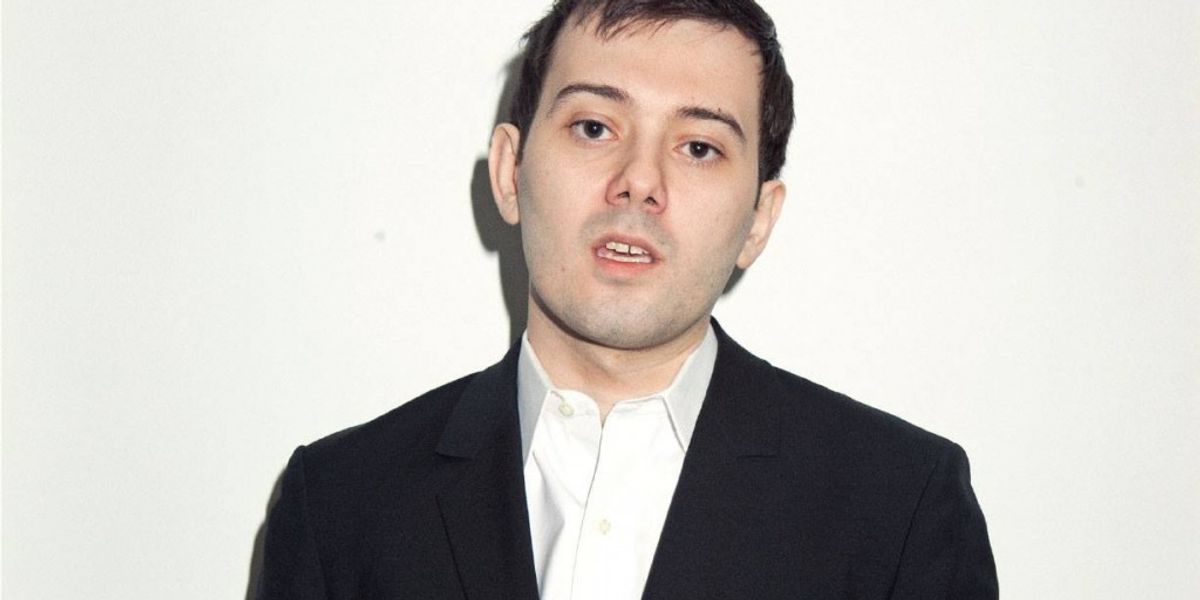 A Group Of Witches Have Hexed Martin Shkreli

Martin Shkreli is the human embodiment of our worst nightmares: an IRL troll that just won't go away. Dude's like teflon in the sense that no punishment/public shaming touches him, so what's a coven of witches to do for the greater good of humanity? Hex the shit out of him, of course.

That's right, according to the Daily Dot, some witches from New York hosted a hex party earlier this month in the hopes of giving Shkreli a taste of his own medicine -- utilizing a wax effigy of him and all. You know, so dude can finally answer (spiritually) for his unethical price-gouging of HIV treatment drugs, gross creeping on teens, and all of his other bratty, attention whore tactics -- which have, surprisingly, gone unpunished thusfar.

"This is a person who flouts the justice system, and whose affluence shields them from being accountable," witchcraft enthusiast Howl said. "And they're really pugnacious about it, and really jerky about it. It became personal to a lot of my family and friends, because we are affected by this."

And despite what some may think, they say that the hex is not malicious, but more of a way to restore karmic balance. You know, a way to not necessarily bring harm to Shkreli, but to just ensure that justice is served i.e. a reduction of his ego and some financial restitution to make up for the financial damage he's done to others.

"[We wanted to] send a broader message," Howl said. "Let's get together and not just heal ourselves and each other through this process, which is a cathartic process, but also let's enact justice in a way that we can, as spiritual beings who are empowered to change reality." And it looks like it may have worked, as after the February 10th hex party, Shkreli allegedly lost a lot of (virtual) money in his attempt to purchase Kanye West's The Life of Pablo.