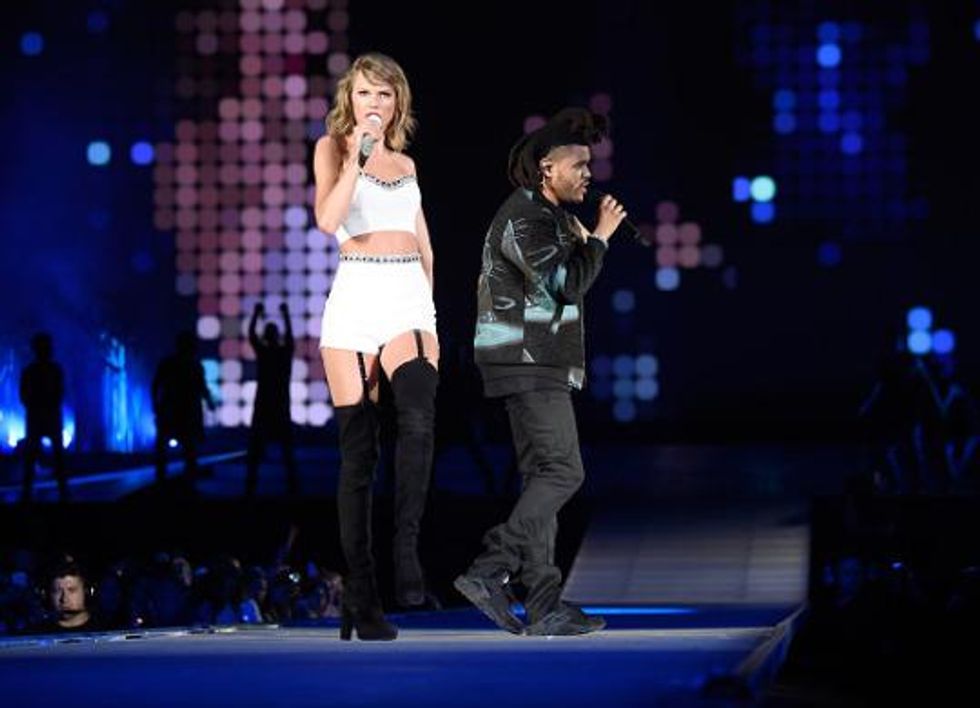 A Few of Taylor Swift's Most Questionable PR Moves, from Petting the Weeknd to Her #SQUAD

By Sandra Song and Eric Thurm
PAPERMAG
In case you've been under a rock this week, R&B superstar The Weeknd gave us another SMH moment -- but unlike the other instance, this one doesn't involve dating an 18-year-old. Instead biggest-pop-star-in-the-world Taylor Swift was the focus, as The Weeknd recounted a brief meeting with her in an anecdote that will make even his biggest detractors cringe in sympathy -- thus beginning our countdown Taylor's, uh, most questionable moments this year.
Petting The Weeknd's Hair
According to his Rolling Stone cover story, the Weeknd and Taylor met one night, and were pretty drunk and hitting it off. "But when she started petting my hair, that's when I was like, 'I definitely need a drink.'" As Jezebel notes, Taylor has, in fact, proudly told this story herself (in an interview with Ed Sheeran, naturally), but didn't seem to think there was anything wrong with it. There's probably only one way to handle Taylor Swift playing with your hair like a pet...

When that new Kendrick comes on: pic.twitter.com/g9Il2LUgdX

This Beer Campaign Is Fighting the OnlyFans Sex Work Stigma

Cardi B Will Pay for Bronx Fire Victims’ Funerals