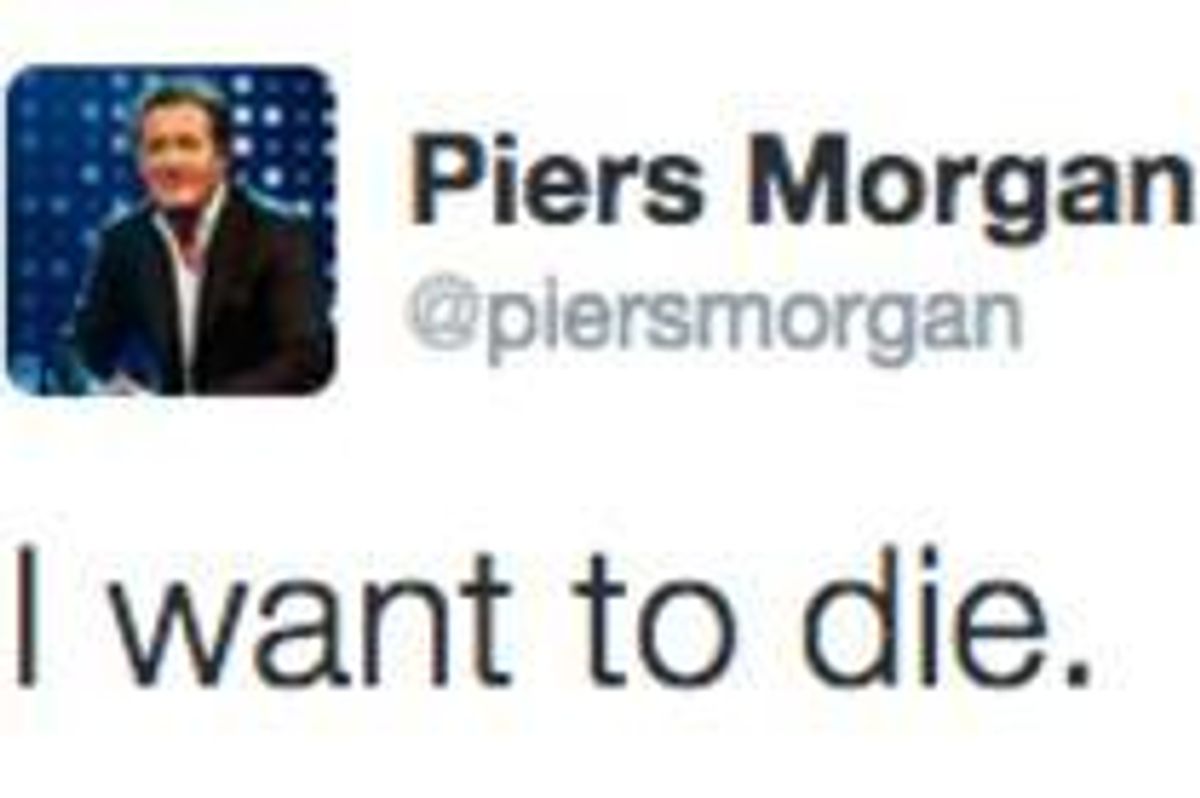 As the old saying goes, a cryptic, nonsensical tweet is worth a thousand words -- and a thousand blogs -- if the account tweeting also happens to have a little blue checkmark next to it...?

Okay, so maybe we got that one wrong, but seeing as how it's Friday and we're in a "fuck it all" mood, let's just roll with that intro and round up some of the most perennially absurd, DGAF celebrity tweets, from Ice T farting to Martha Stewart being supernaturally out of touch, so that, at the very least, you can feel a little less bad about that drunken "i h8 my boss!" tweet that got you called into HR.

Did u guys see that video of Michael Jackson getting out of the Coroner van? Do u think he is alive? He hasn't been buried yet!
— Kim Kardashian West (@KimKardashian) August 27, 2009

i have a really odd talent. i can smell when someone has cavaties! i have never been wrong yet! they dont even have 2 be super close by me
— Kim Kardashian West (@KimKardashian) August 13, 2009

. @PapaJohns was my favorite pizza but the drivers they use give out your personal phone number to their family members.
— IGGY AZALEA (@IGGYAZALEA) February 8, 2015

.@katyperry Katy, what the hell were you thinking when you married loser Russell Brand. There is a guy who has got nothing going, a waste!
— Donald J. Trump (@realDonaldTrump) October 16, 2014

Here is crissy teigen and john legend on our newest issue of Weddings Cool that she is a swimsuit star too pic.twitter.com/ViXOSLxHCI
— Martha Stewart (@MarthaStewart) February 25, 2014

Martha, you are hip.