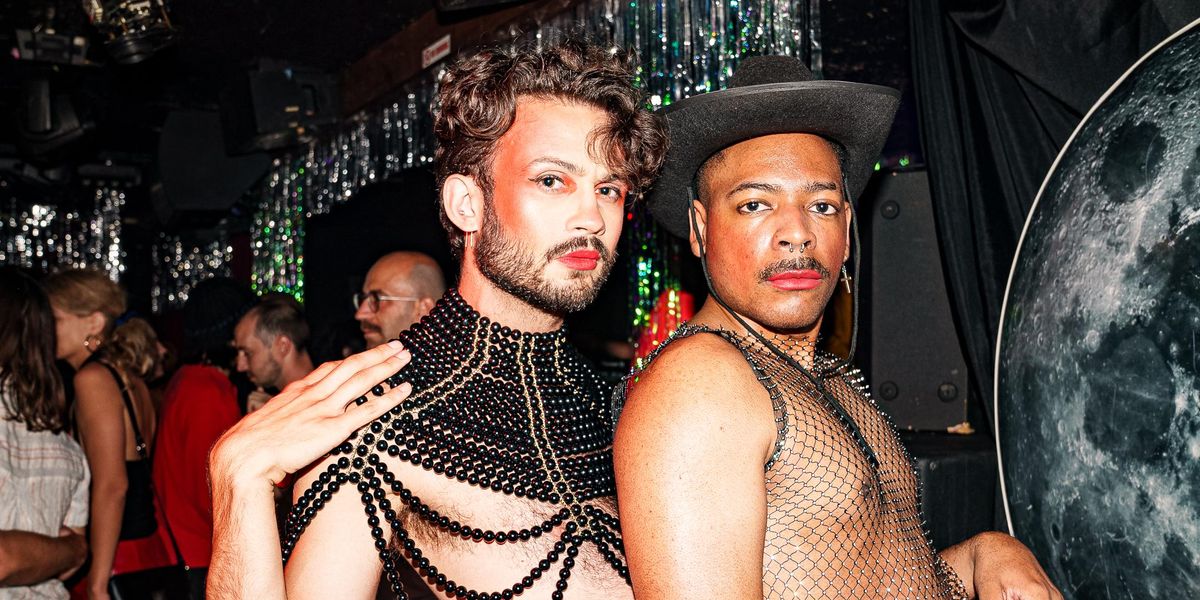 If you're in LA, chances are you've been to A Club Called Rhonda. For the past decade, the long-running party has played host to everyone from Avalon Emerson to Martyn Bootyspoon to Detroit techno legend Carl Craig, thereby solidifying itself as an institution in its own right. But like many other parties and events, Rhonda was affected by the pandemic. That said, with the world now reopening, Rhonda has finally reclaimed her crown as the Queen of LA nightlife, and if you need any further proof, look no further than the photos.

Always full of color, life and plenty of glitter, their shindig over the 4th of July weekend — headlined by New York's Acemo and Moma Ready — was extra special because it saw the party return to its home at Silver Lake's Los Globos. And as Rhonda's Gregory Alexander explained, the event — which was packed to the gills with hundreds of revelers in some serious looks — was able to fulfill its original mission as a party that's a "true intersection of so many parts of Los Angeles."

"It doesn't feel like the same crowd that gathers at any other single event. We take great pride in that," he said, before co-founder Loren Granich added that they consider it "a vibrant mosaic of LA nightlife."

However, Granich also said that "bringing back the real raw roots of Rhonda was a mammoth task in our hearts [that] we took it very seriously," especially post-pandemic. Because while they were able to keep the spirit of Rhonda alive by using the downtime to rally people for the election as well as obtain donations for charities and fellow community members via their Rhondavision reverse telethon, he said they "mostly stayed quiet," given that "there was so much going on in the world and we didn't want to suck up air trying to fit the divine visceral club experience in the living room."

"My goal was just to keep our heads down, try to make it through alive, and to squeeze out every possible idea for a more perfect club while we had the chance to endlessly brainstorm during the unique situation of the quarantine," he said. "I'm happy we had the opportunity to take such a longview of what we do and it's made us stronger going forward."

Granted, Granich said that the pandemic did teach them to "be more intentional with what we did as a club community" once things did come back. As such, Alexander went on to add that they wanted to apply "some of the elements of pause the pandemic provided and apply them to the way we produce the party," mainly by "working smarter instead of harder, and allowing ourselves a better balance between the raging nightlife we know and love and the necessary relaxation and recovery time that our bodies need."

So even though he said that it's been "a bit of a rush to get back and give the people what they want," from last weekend's party it seems like things are going pretty good. And if you don't believe us, check out exclusive photos, below.