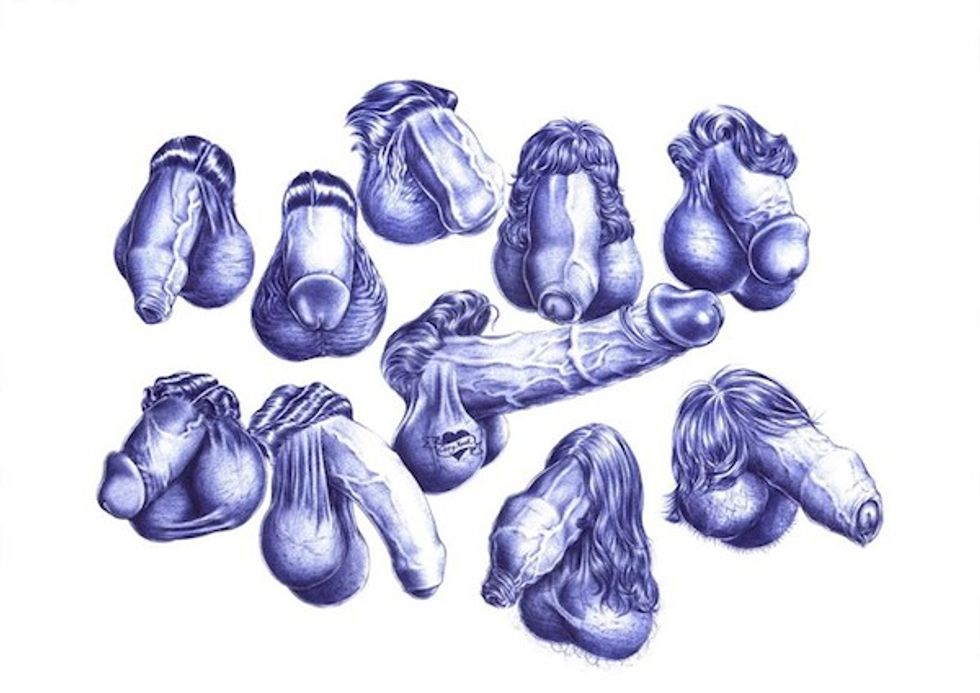 By Sandra Song
PAPERMAG
drawing via Herald, St. London
Usually when one thinks about dudes drawing dicks, it's in some sort of teenage boy-Pen15 or 8===D capacity. However, a British-Chinese artist named Cary Kwok is changing that with his nothing-short of glorious dick illustrations, that are equal parts vulnerable and powerful as they bulge, ejaculate and throb to life via Kwok's biro pen.
Dazed recently spoke to Kwok, who explained that it is an exploration of the male body from his perspective as a gay man and that he initially was looking for pubes to add to his drawings (but is now settling for longer head-hair). A nod to the Victorian tradition of collecting locks of loved ones' hair, it also is a play on the traditional notion of the male gaze and the subtle duality of masculinity. An illustration set well worth taking a peek at post-work.
[h/t Dazed]
You May Also Like
Famous People