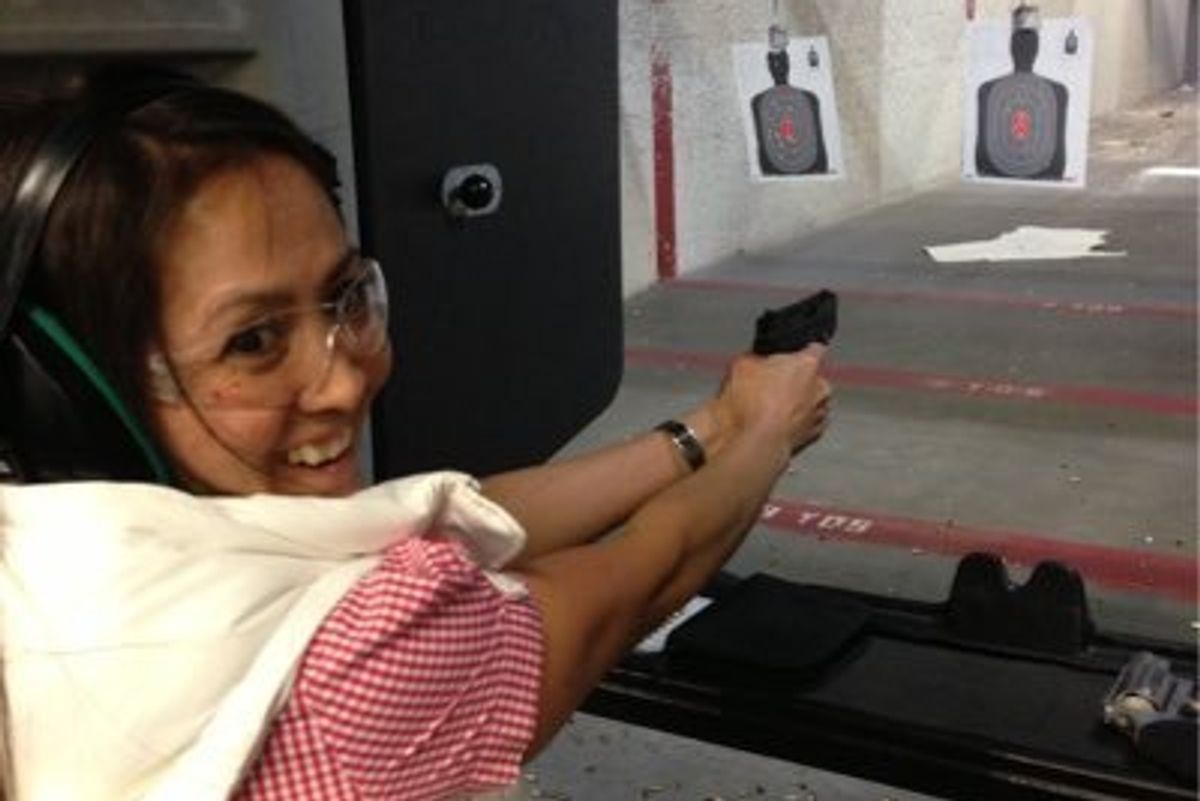 Meet @rjoyourjoy1919 , or simply R Joy, as her twitter bio reads along with the all-caps proclamation: "VOTED FOR DONALD TRUMP". The forty-something Florida resident and mother is a naturalized US citizen whose videos calling out losers and haters (of herself and her main man Trump) are as exuberant as they are chilling in their earnestness.In the past few days clips of Joy in her car, her home, or at a DJ mixing table (many of her videos feature sick remixes) have been racking up views and notes in the tens of thousands on twitter and tumblr.

Is Joy the 'Obama Girl' of 2016? Not quite, as her films are seemingly self-made, but her enthusiasm and deft hand at social media is something the Republican party can really learn from.

Since Trump is yet to announce a running mate, could we suggest a Trump / Joy 2016 ticket? The viral possibilities! A quick review of her greatest hits are below. Godspeed, Joy:

With Trump as the likely nominee and our new favorite barf-loving twitter patriot showing no signs of slowing down, it looks like we're in for a gloriously joyful next few months on Twitter.