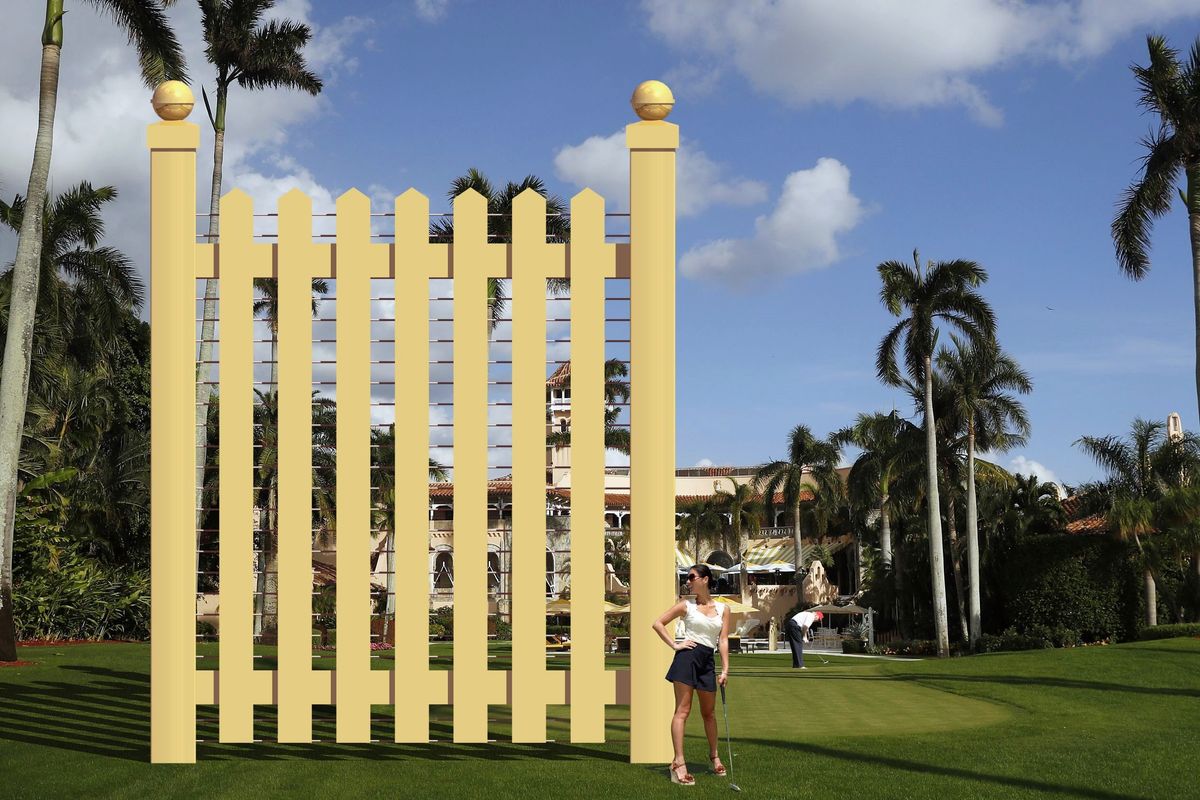 This Group Wants to Build a 'Better' Border Wall For America

"Good fences make good neighbors," as the old adage goes. Often cited as a defense for building barriers, both real and metaphorical, the quote derived from Robert Frost's poem, Mending Wall, has historically been almost unilaterally misused. A closer reading of the poem will reveal, of course, that Frost's character is actually trying to convince his neighbor not to build a fence as borders ultimately alienate us from one another.

Frost's poem is an eerily prescient sentiment, considering that a wall is what seems to have become the defining issue of American politics today. The ongoing standoff between Trump and the Democrats has lead to a government shutdown now entering its fifth week with no clear end in sight, leaving 800,000 federal employees without pay. And while the GOP's schemes to fund the absurdly unnecessary wall have grown more and more desperate as the days go by, one Chicago group of architects has come forward with a proposal that they think might be the solution to all of Trump's woes.

Opting for a "picket fence" design, evocative of the white suburban lifestyle that Trump associates with an era of American "greatness," the 30-foot-high brainchild of Chicago-based group Flying Pigs on Parade will not only be electrified at a lethal level but will also be plated in the president's favorite material: gold. Doing their best to design a wall that would be perfectly suited to 45's unique tastes, the group is looking to raise money through a GoFundMe to build a prototype around Mar-a-lago.

"Presented here is a wall concept as contrived through the Trumpian lens," the group explains in a statement. "We propose that a prototype be installed around the Mar-a-Lago compound to make it easier for Mr. Trump to review. This would serve productive on multiple fronts. It would be a legitimate constructibility [sic] test, It would provide a practical assessment of real cost. It would allow for aesthetic refinements (correct gold finish, proper picket scale, finial shape, etc.). The lethal shock system could also be tested (in this case, the electrified side would be on the inward side to keep the dangerous people from getting out)."

This isn't the first time that the Chicago group has put forward a creative solution to a Trump-generated problem. After numerous complaints from the city's citizens as being an eyesore, the group proposed to provide "visual relief" from the garish letter adorning the side of Chicago's Trump Tower by installing four golden flying pigs in front of the massive sign. A reference to Orwell's 1984, the group even got the permission of Pink Floyd's Roger Waters to replicate the original pig flown over Battersea Power Station on their Animals cover shoot as a part of the project but ultimately were shutdown by Chicago's waterway management officials.

All funds that don't go toward the erection of the prototype around Mar-a-lago will be donated to the International Refuge Assistance Program.