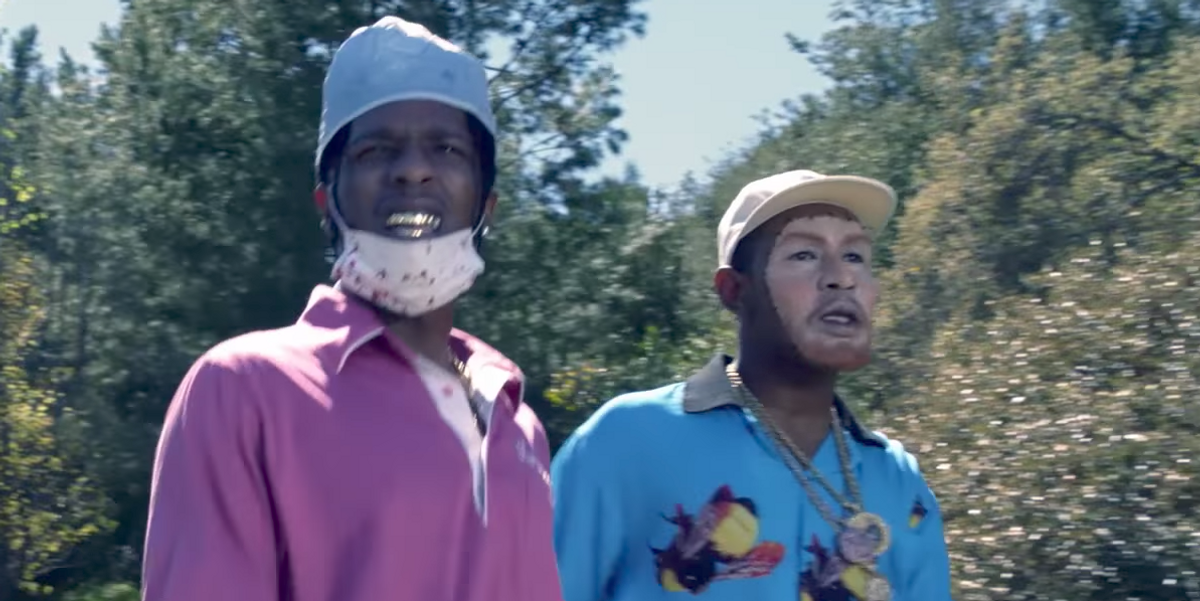 When Tyler, The Creator released his Cherry Bomb documentary at the end of May, it was quickly established that the L.A.-born multi-hyphenate was one of the most forward-thinking musicians currently working — and as someone who has always worn his admiration for fellow boundary-pushing producer/designer/singer Pharrell Williams on his sleeve, it's no surprise that Tyler's career has expanded in the way it has over the past few years.

Tyler's forward-thinking aesthetic is back on full display in the rapper's latest video for new single "Who Dat Boy." Featuring an ominous horror movie-style opening montage, burn scars, plastic surgery, and Tyler running through the streets with a white man's face sewn on top of his own, "Who Dat Boy" is an exemplar of the zany vision that we've grown to love. The video was self-directed by Tyler (under his alter-ego moniker Wolf Haley) and co-stars A$AP Rocky, both as a feature in the song (rapping more about his extensive Raf Simons collection) and as Tyler's twisted surgeon.

If that's not enough to convince you to watch it, there is the fact that the video closes with a quick snippet of "911 / Mr. Lonely," which features Frank Ocean crooning over a smooth Erykah Badu-esque jazz beat. Perfection.

Get some plastic surgery tips below.