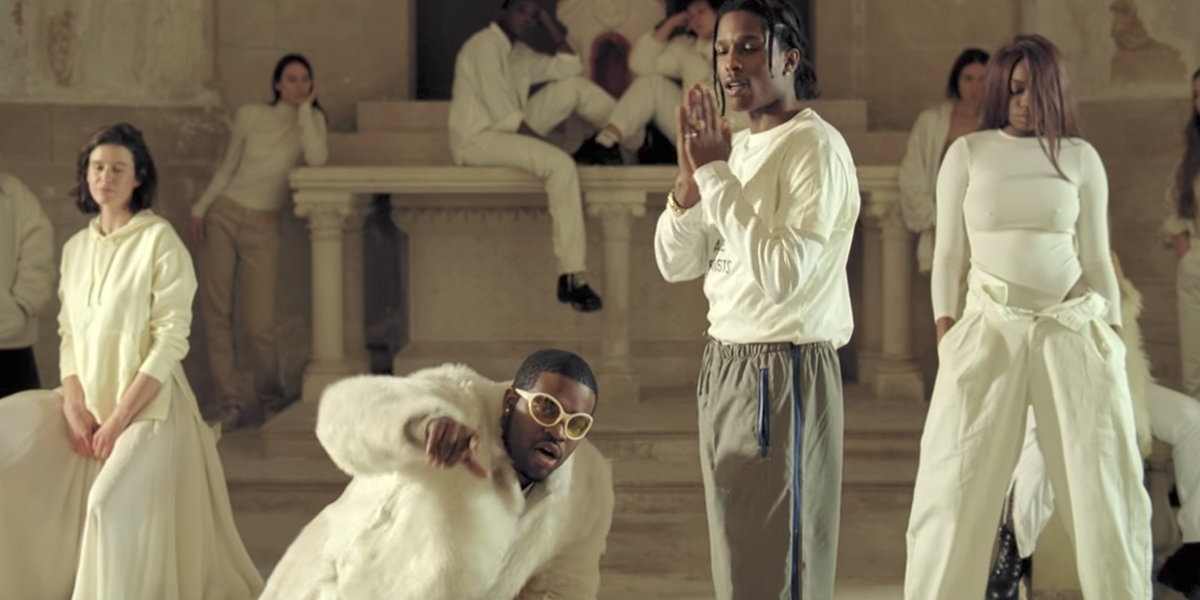 A$AP Rocky and A$AP Ferg's New Video for "Wrong" is Here, Blessings Be

While he's been touring the world over and over in the fashion fast lane, we've very much missed Rocky's musical footprint – he released AT.LONG.LAST.A$AP in 2015 – but slowly, slowly signs are emerging that his rap career is coming back to life in full force.

The rapper's recent track with D.R.A.M was the first signal of his return, then "RAF" with Frank Ocean, Quavo, Playboi Carti, Lil Uzi Vert and only days ago Lana Del Rey debuted a snippet of a collaboration between Rocky, Carti and herself on Instagram. Now he's released some brand new content with fellow A$AP Mob member, Ferg – a video to accompany the single "Wrong", set in what looks to be a monastery, and cream, white and bougie themed.

One can only hope the rapper's next full-length project is en route, but in the meantime we are forced to merely gobble up whatever tidbits Rocky chooses to feeds us. It isn't a bad life.