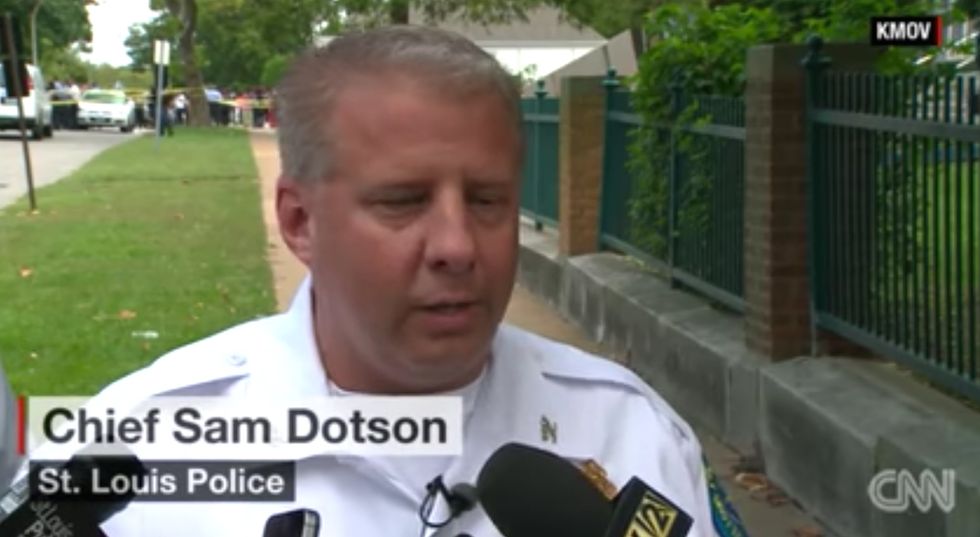 A 14-Year-Old Boy Shot By St. Louis Police Is In Critical Condition

A 14-year-old African-American boy was shot by St. Louis police officers on Sunday morning. He is currently in critical, but stable, condition.

According to CNN, two white officers were investigating a carjacking when they encountered the unidentified teen, who fled when they attempted to stop him. Chief Sam Dotson said that the boy had a pistol and fired a shot at the officers, who, claiming to "[fear] for their safety", shot him multiple times.

Neither of the officers were wearing body cameras. Both of them have been placed on administrative leave.