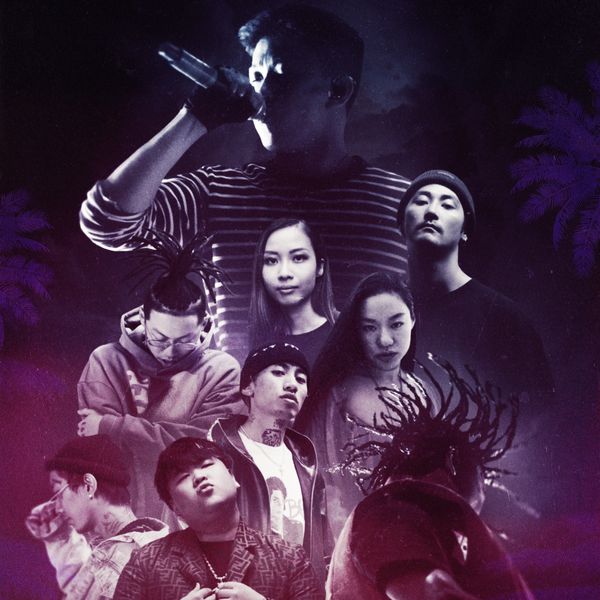 88rising is the hybrid media company and record label responsible for consolidating and catapulting Asian hip-hop into the mainstream. The company, founded in 2015 by Sean Miyashiro, took unknown or Internet-based rappers like Indonesia's Rich Bryan, Korea's Keith Ape and China's Higher Brothers, and turned them into career artists with headlining world tours, fashion partnerships and charting albums.

A new documentary, Asia Rising - The Next Generation of Hip-Hop, produced by Red Bull Music, tells 88rising's story for the first time on-screen. It's a fascinating story, about the rocky journey of a culture premised on imitation, that has slowly morphed into something all its own. As such, the film is entrenched in discussions about the internet, social media, virality, language politics, appropriation and cross-cultural exchange.

"Our mission at 88rising is to change the game for how Asian culture is perceived in the West, which we do by giving these incredible artists the platform to express themselves through their music," explains Miyashiro.

The artists speak plainly about the difficulties and joys of challenging cultural perceptions, honest about some of their growing pains. For example, Rich Bryan goes in-depth on his decision to change his stage name from "Rich Chigga," deemed offensive by many, and his initial use of the n-word in his songs. The interviews are candid and thoughtful, and the film as a whole is a remarkable testament to the sheer undeniability of hip-hop as a global art-form.

"Who really cared what Asian people felt, what we experienced, or what we had to say? No one really... until 88 showed up," sums up Awich. "Can people relate to our stories and how we came to hip-hop to express ourselves? If so, that's a real game changer — for us and for the world."

Watch Asia Rising: The Next Generation of Hip-Hop on YouTube and check out PAPER's features on 88rising artists: Higher Brothers, Joji and Lexie Liu.