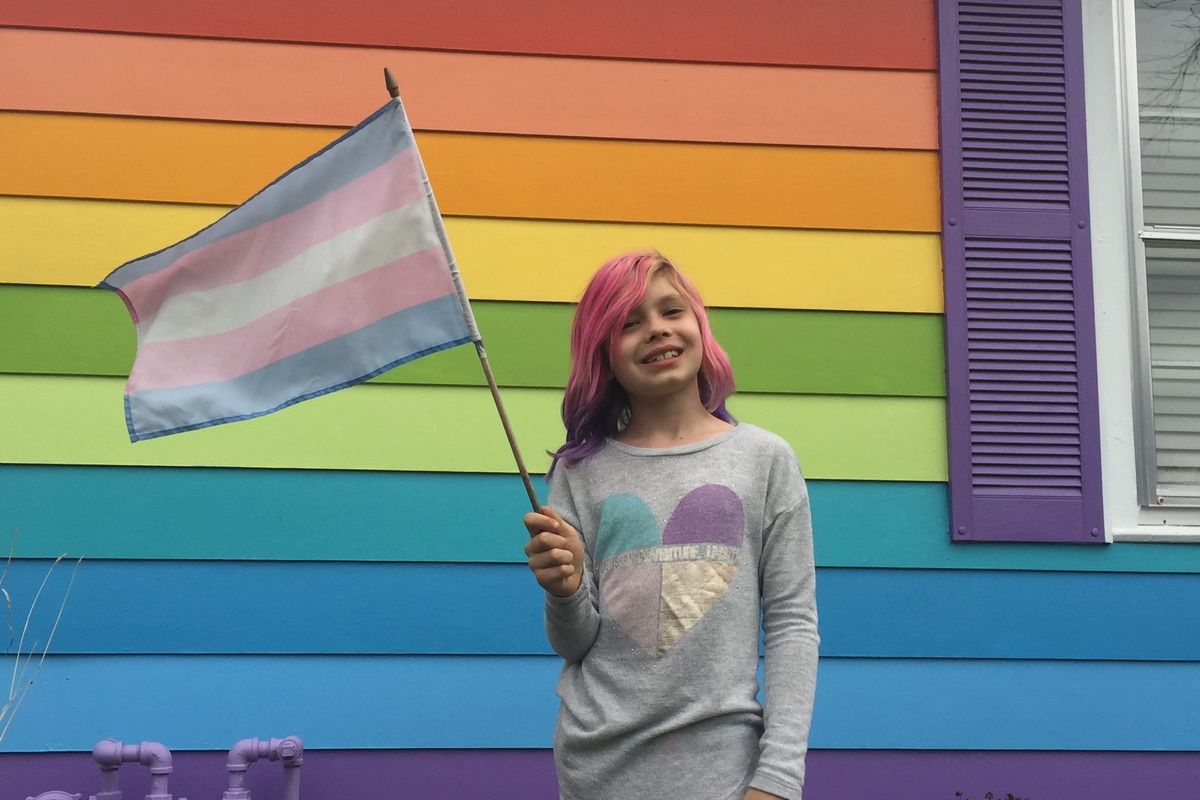 An openly transgender eight-year-old girl, Avery Jackson, has spearheaded the "Transgender House:" a $70,000 safe haven in Topeka, Kansas, backed by Planting Peace, in which trans people can celebrate themselves and feel accepted.

The Transgender House--painted in the colors of the transgender flag--sits next to the "Rainbow House"; both were built intentionally across from the compound of the infamously anti-LGBT Westboro Baptist Church.

'Transgender House' (right) painted in the colors of the Transgender Flag, next to 'Equality House'

'Transgender House,' which opened on Sunday, marks a physical territory for the trans community in the area to feel pride and equality in opposition to the WBC's toxic criticisms.

Avery was inspired a year ago to open one specifically dedicated to the transgender public, which is still greatly lacking in representation.

The old-soul youngster released a statement about her pride and hopes:

"I (feel) so happy and proud to be transgender... I wish people weren't afraid of transgender people. I'm not a monster. I'm not scary. I just want to be treated like every other human.

The $70K project was mostly funded by charitable developer Michael Dunn, who upon hearing about Jackson's objectives to promote trans equality, reasoned, "If I had a kid that was transgender I would want a place that would celebrate them and accept them... That's just not available in this country and it should be."