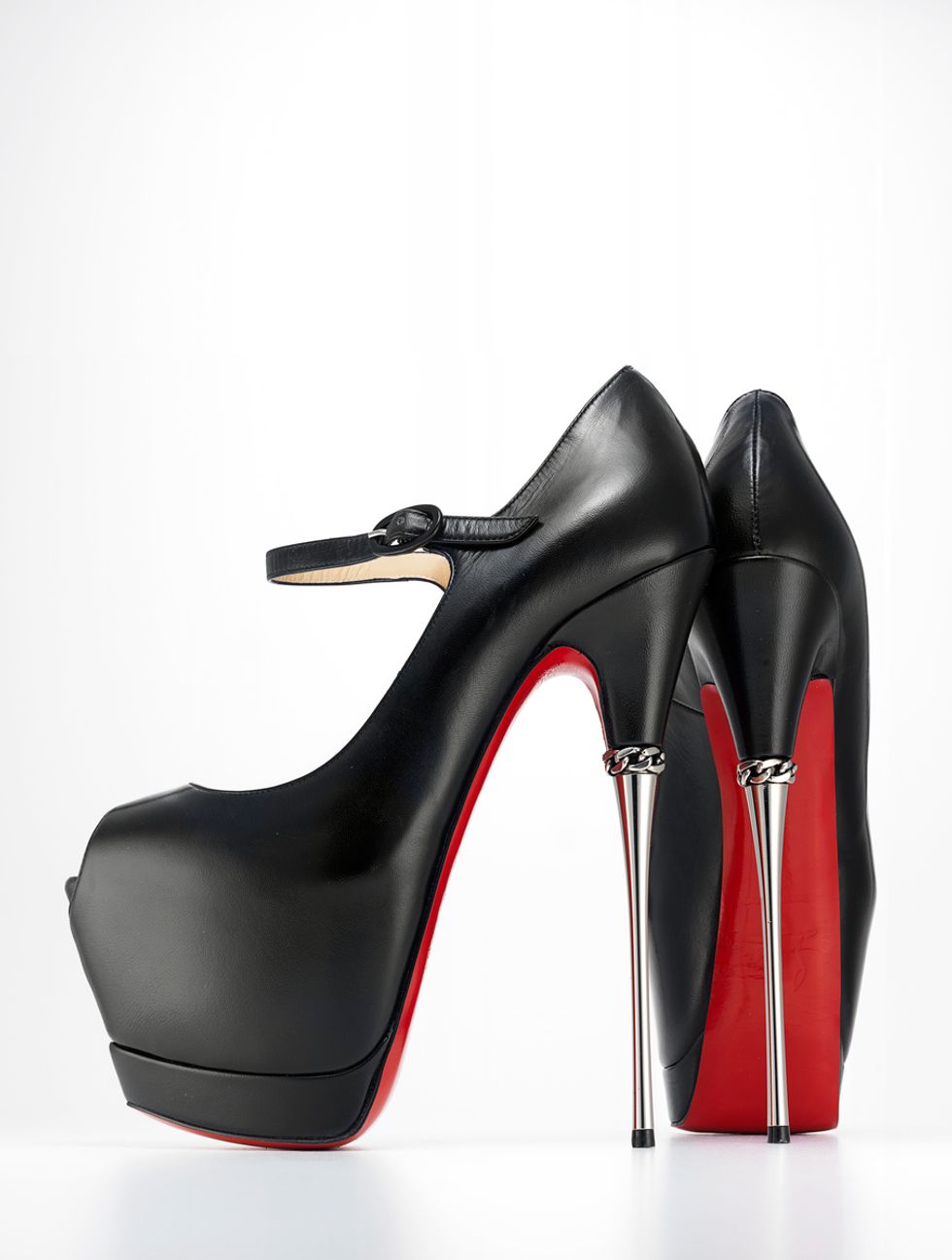 1. Kick off the fall art season with Brooklyn Museum as it continues its true romance with couture. Following the success of last year's homage to Jean Paul Gaultier, the Museum sets its sights on the allure and architecture of the high heel.  Killer Heels: The Art of the High Heeled Shoe, opening tonight and running through mid-February, will feature an A to Z celebration of the mystique and power of the elevated shoe, looking at footwear as art objects and examining its connections to fantasy and feminine identity. Hit heights of shoe ecstasy with the come-hither pumps by Manolo Blahnik, Louboutin and Alexander McQueen, who are among the more than 60 participating designers.
Brooklyn Museum, 200 Eastern Pkwy, Brooklyn. Through February 15, 2015. 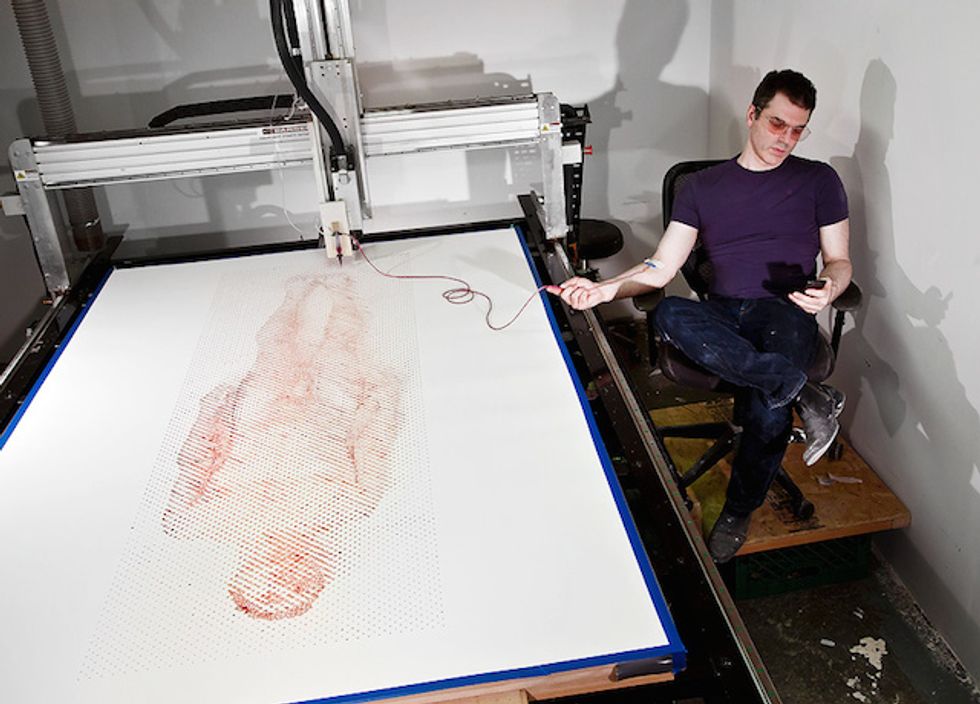 2. For the occasion of his first solo show at Joseph Gross Gallery (located in the former ArtNowNY space), artist Ted Lawson blurs the line between man and machine -- literally.  In The Map is Not the Territory, opening tomorrow, Lawson will debut a new series of work consisting of wall-mounted and freestanding sculptures, brass plate etchings, and most poignantly, three large scale drawings rendered in the artist's own blood. Yep. Swear. Using computer technology akin to a 3D printer, Lawson uses his own blood as ink (fed intravenously to a computer numerical control machine) to "draw" nude portraits of himself. Yr selfies just got trumped.
Joseph Gross Gallery, 548 W 28th Street, 2nd Floor, New York. Through October 4. 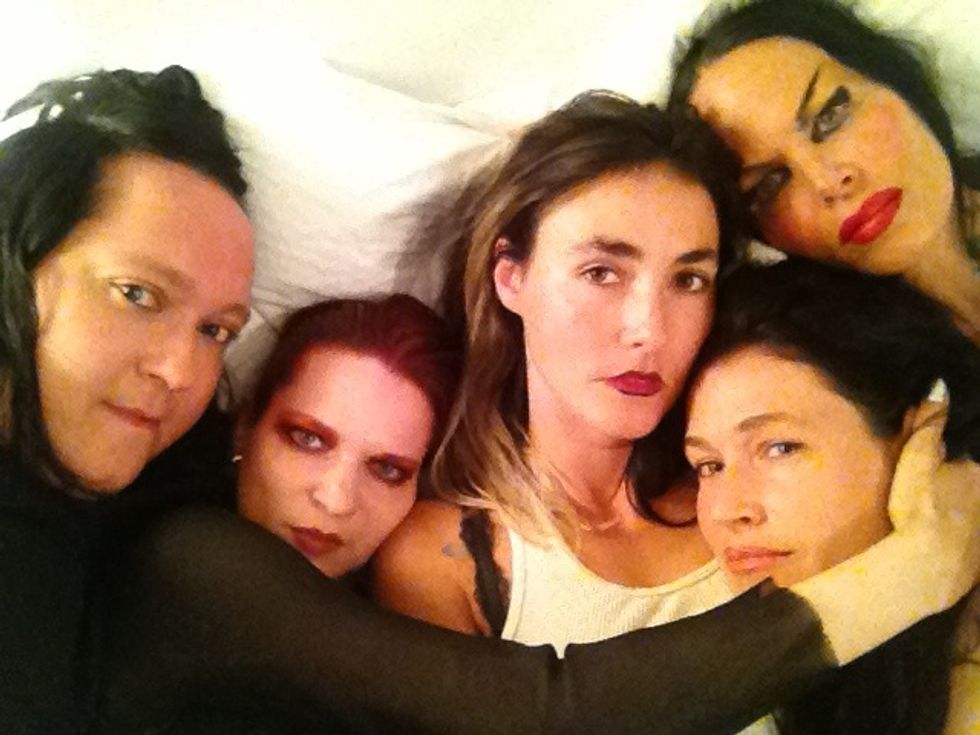 3. Looking for artwork that affirms, enlightens and expands? Beginning today, The Hole gallery will be home to art collective Future Feminism's latest work. The exhibition, The 13 Tenets of Future Feminism, is the culmination of three years' worth of intense retreats by performer Antony, Kembra Pfahler, Johanna Constantine and sisters Bianca and Sierra Casady of CocoRosie. Expect performances, an exhibition of sculptural work and lectures that will include the great minds of Lydia Lunch and Laurie Anderson, among many others.  We. Are. Feminists. Too.
The Hole, 312 Bowery, New York. Through September 27. 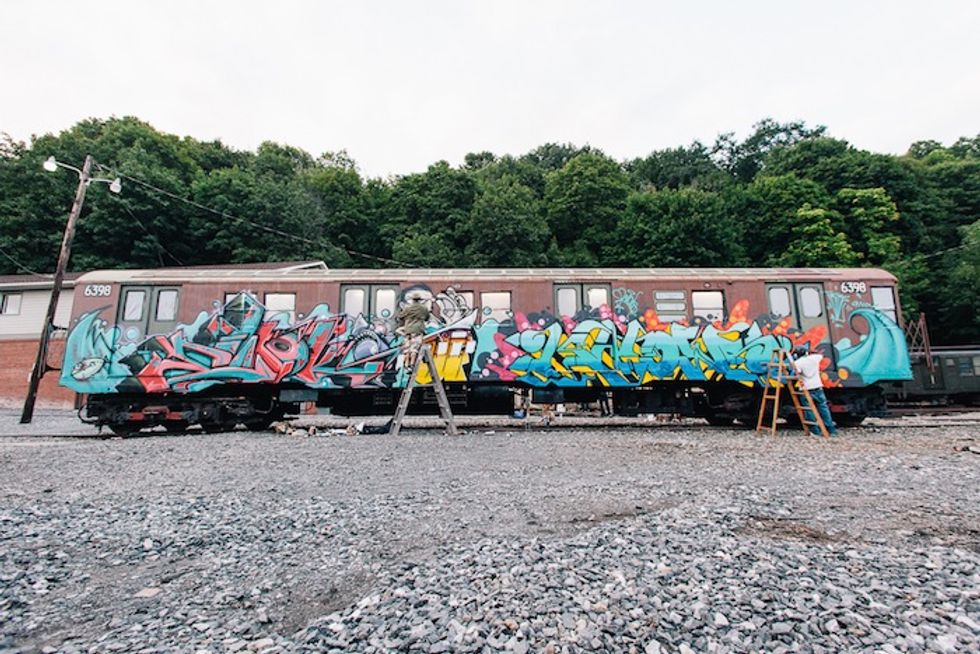 (Photo courtesy of Alexander Richter)
4. If spray cans and a daytrip upstate are more your thing, be sure to hit-up The Burning of Kingston at The Trolley Museum in Kingston, NY. On Saturday, September 13th, Mass Appeal Magazine, in association with Red Bull, will throw the first-ever live graffiti exhibition and battle on a subway car since folks did it way back when. Eight graffiti artists (two teams of four on each side) will battle it out just like they did during writing's heyday. Watch as artists like REVOLT, T-KID and CES bring art to life.
Trolley Museum of New York, 89 East Strand, Kingston, NY. September 13th. 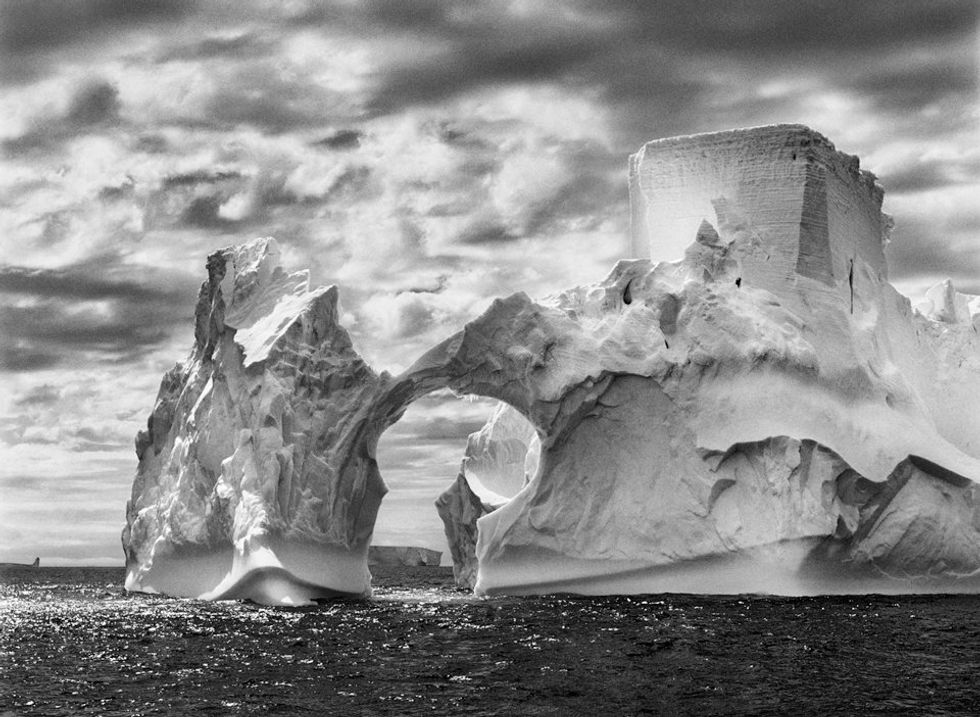 5. You definitely won't want to miss the simple beauty of acclaimed documentary photographer SebastiÃ£o Salgado's epic project, Genesis, this fall. Making its US premiere at International Center of Photography on Friday, September 19th, Genesis pays exquisite homage to those "still-pristine" parts of the planet. It is a gathering of more than 200 stunning black-and-white photographs that capture landscapes, seascapes, wildlife and indigenous peoples in their original state, unmarred by the hand of modernity. No iPhones. No Wifi. No Soy Lattes. Just the land and its people as they were in the beginning.
International Center of Photography, 1133 Avenue of the Americas at 43rd Street, New York. Through January 11, 2015. 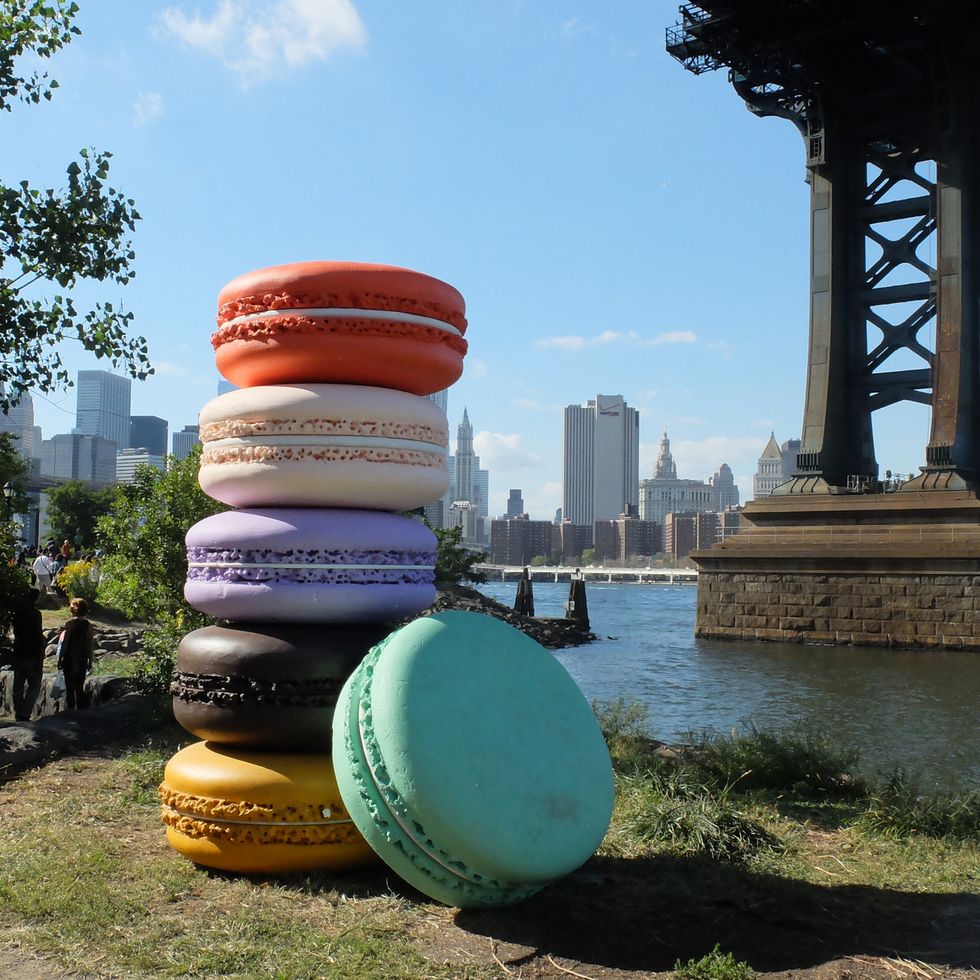 6. Later this month brings the DUMBO Arts Festival, NYC's single largest free art event. Spanning three days (September 26th - 28th), the celebration on the Brooklyn waterfront will unfold on six city blocks with more than 100 artists throwing open the doors to their studios.  Festivalgoers will be able to stroll through indoor and outdoor installations and exhibitions ranging from "big headed" critics to hydroponic tomato plant sculptures to a traveling dance party. Visit artists in studio, snap pics of street murals and catch live performances throughout the neighborhood. So go ahead, grab a morning coffee, walk the BK Bridge and spend a day soaking up DUMBO's art scene.
DUMBO waterfront, Brooklyn. September 26-28. 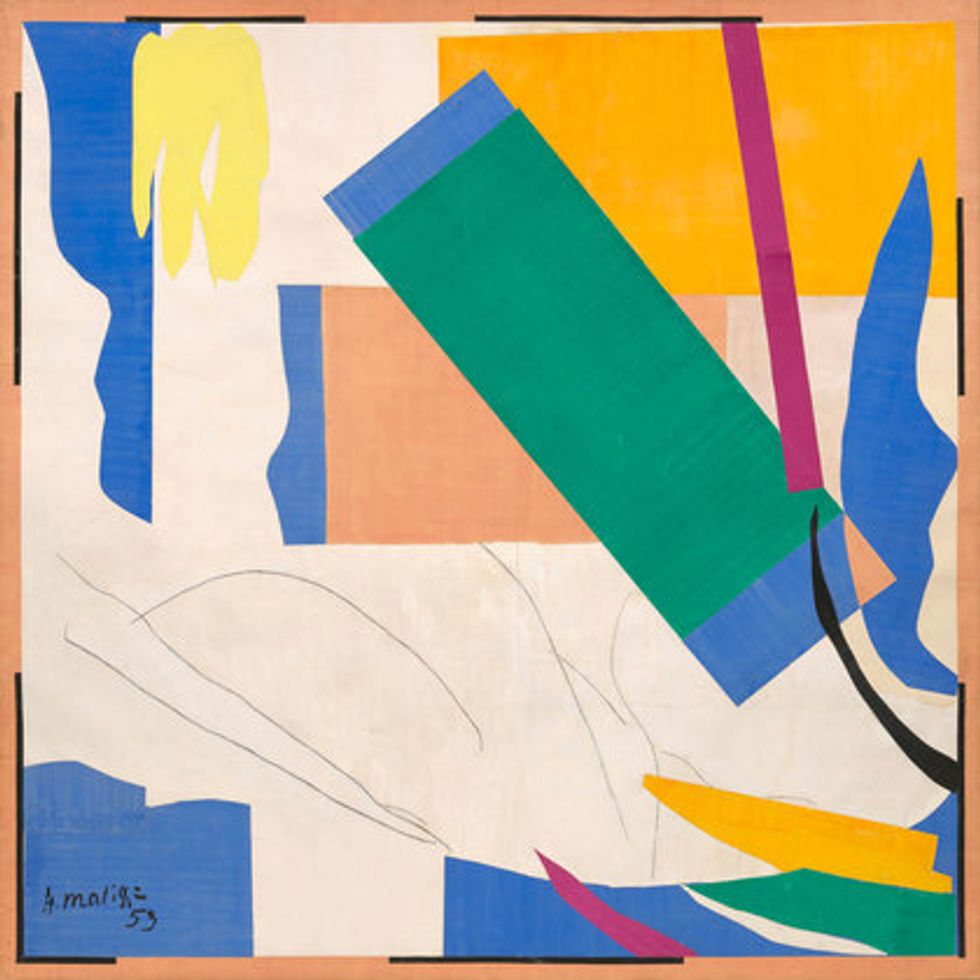 7. On The Museum of Modern Art's dance card this fall is the blockbuster exhibition, Henri Matisse: The Cut-Outs, which opens on October 12. (October 12th - Feb. 8th). Spotlighting Matisse's paper cut-outs, the show will be the largest and most extensive gathering of such works ever assembled with nearly 100 pieces on view.
Museum of Modern Art, 11 West 53rd St., New York. Through February 8, 2015. 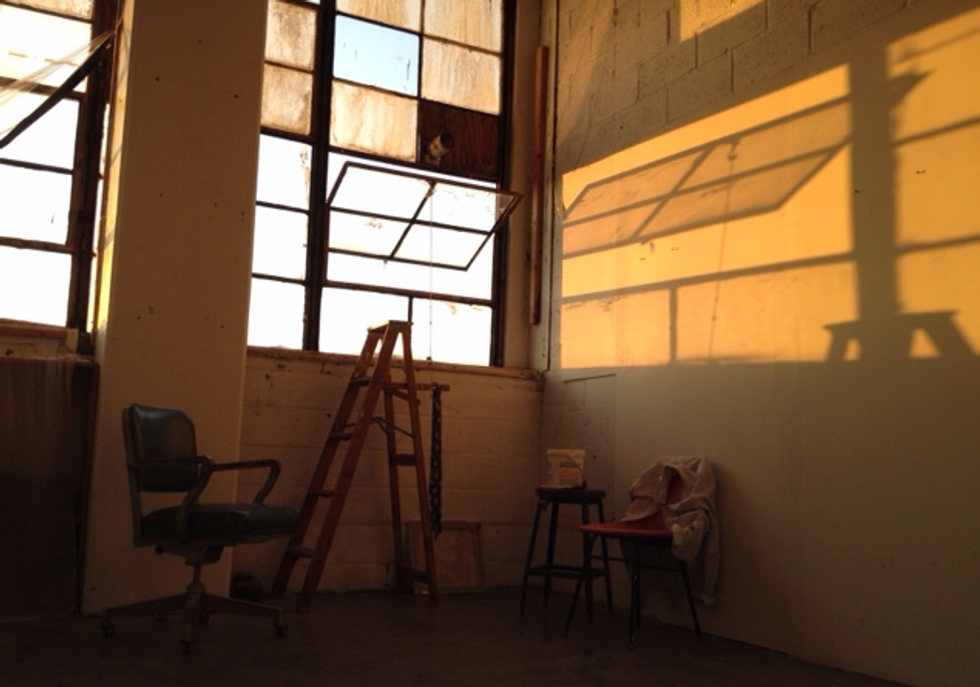 8. Beyond a doubt, you'll want to keep the last weekend of October wide open. All eyes will be on the Bushwick-wide art explosion knows as Exchange Rates: The Bushwick Expo, which opens on October 23rd and runs through the 26th. It'll be the premiere collaboration between veteran and emerging galleries in the Brooklyn neighborhood and SluiceÂ¬Â¬_, the London-based art initiative obsessed with artist-run projects. The expo, the brainchild of Stephanie Theodore (of Theodore:Art), Paul D'Agostino (of Centotto) and Karl England (of Sluice_) will be a true international affair with more than 50 global galleries participating. The focus? Shared spaces and cultural currencies. Locals like Storefront Ten Eyck will open their doors and host kindred galleries on visit from elsewhere. Peep the aesthetic adventures of what's occurring in places ranging from ZÃ¼rich to Los Angeles, Tacoma to Paris.
Locations will vary, Bushwick, Brooklyn. Through October 26th. 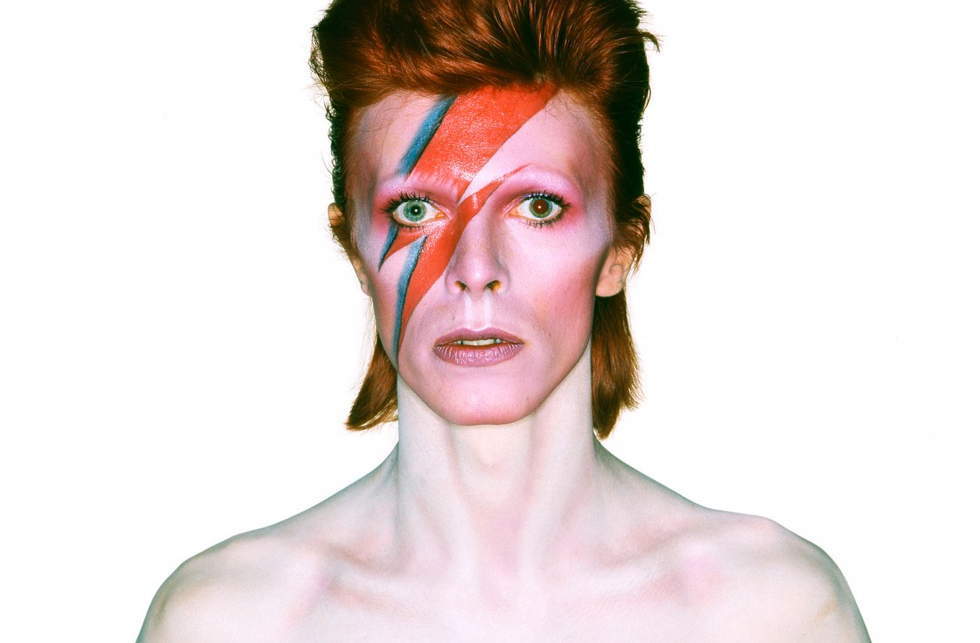 Bonus: Have you ever heard of tickets being scalped for a museum show? The David Bowie Is exhibition has. Even though this show's in Chicago, it made the cut because of the fact that it's likely going to be the biggest art opening of the fall, given that it's already whipped up frenzies during its previous travels around the globe. It has clocked in more than a half a million visitors with its previous stops in London, Berlin, Toronto and Sao Paulo. The interactive retrospective will arrive on US shores, landing in the Windy City's Museum of Contemporary Art on September 23rd. The comprehensive delve into the Thin White Duke's five-decade spanning career boasts full 3-D visual immersion and more than 400 objects including handwritten lyrics, original costumes and rare performance material.
Museum of Contemporary Art Chicago, 220 East Chicago Ave., Chicago, IL. Open through January 4, 2015.